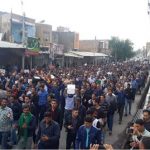 Further Arrests Follow the Second Night of Raids in Ahvaz 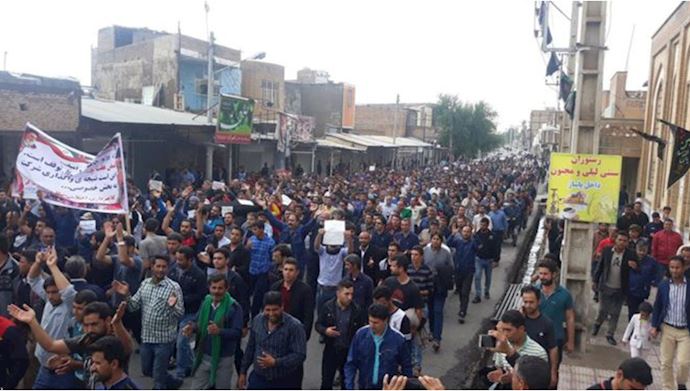 More arrests of Ahvaz steelworkers by the Iranian regime’s repressive forces, in a bid to intimidate the workers to end their strike.

Iranian agents carried out raids on the homes of steelworkers in Ahvaz for the second consecutive night. Dozens of workers that were arrested on Sunday night over their involvement in recent protests remain in custody. Reports from MEK sources indicate that following the raids on Monday night, several more employees of the Iranian National Steel Industries Group (INSIG) are have been detained.

I call on Iran’s workers and youths to voice their support for the workers of #Ahvaz Steel Mill and Haft Tappeh Sugarcane Industrial Complex. #Iranhttps://t.co/rBepQKpCRu

The raids were part of a coordinated regime response to the Ahvaz steelworkers strike which has raged unabated for the last 39 days. What began as a strike over poor working conditions and regime corruption, has evolved into a stand-off as protestors refuse to disperse until the last steelworker has been freed from regime custody.

Instead of negotiation, the regime has adopted an increasingly repressive and violent approach to the strikes.

A brave student of Tehran University of Art calls for solidarity and support for workers of Ahvaz Steel and Haft Tappeh, truck drivers, teachers protests.
She ends her speech by saying: "And we take pride in this (support)!"#Iranprotests#Iran pic.twitter.com/WxC2gDaB6Z

On Tuesday morning, pensioners protesting outside the Parliament building in Tehran also voiced their support for the striking steelworkers. They engaged in chants of, “free the steelworkers” and “imprisoned workers must be freed”.

The most recent crackdown and midnight raids carried out at protestors’ homes speak volumes about the regime’s inability to deal with the rising tide of discontent that is sweeping across Iran.

The clerical regime has carved out a position at the top through violence and oppression. As a result, it lacks mechanisms to engage with the population and meet their demands. Its only response is further violence and further suppression.

While this may buy some time, it is not tenable in the long-term. The Iranian resistance and the People’s Mujahedin Organisation of Iran (MEK) is growing more popular and stronger by the day. The Iranian public and its international allies increasingly view it as the only democratic alternative to the mullahs’ rule of terror.

The MEK and the Iranian resistance have called on international organizations, NGOs, labor groups and trade unions from around the world to stand with the workers of Ahvaz, as the Iranian public is. They have also urged Iranian citizens, in particular, the country’s youth and students to do what they can to support the striking workers and call on the regime to free those detained in regime custody.