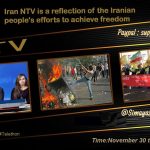 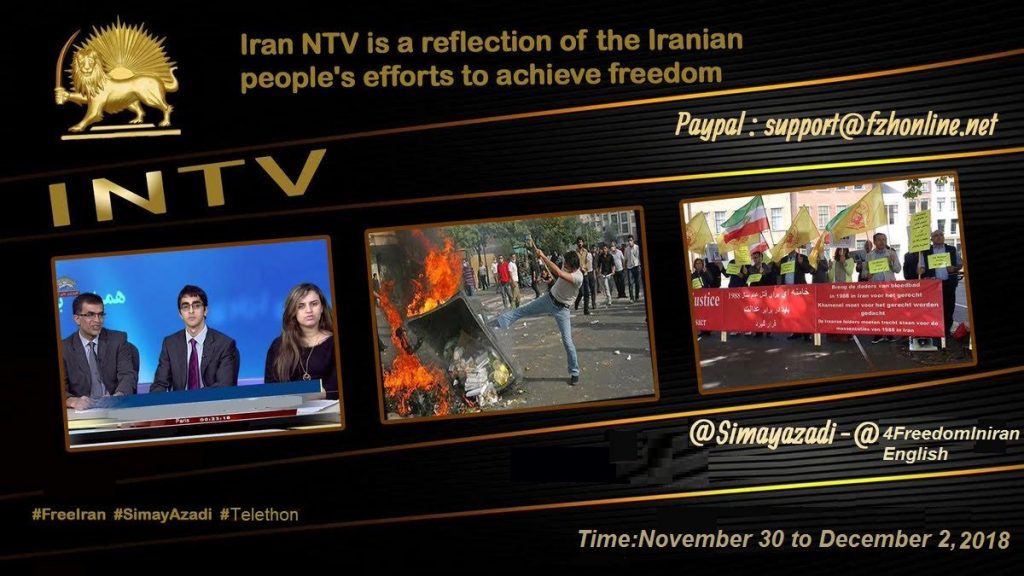 Simay Azadi Telethon held from November 30th to December 2, 2018- A parade of support for MEK and the Iranian opposition at home

Given the extent of the Iranian regime’s campaign of disinformation, lending support to trustworthy Iranian news outlets is now more important than ever, according to the National Council of Resistance of Iran (NCRI) and the People’s Mujahedin Organisation of Iran (MEK).

In September, Twitter announced the closure of 770 regime-affiliated accounts, in one of the regime’s largest disinformation campaigns to date. The accounts spread deliberately inflammatory content, often demonizing the MEK and other members of the Iranian opposition.

Shortly afterward, a three-page article appeared in the British newspaper, the Guardian. The piece, written by Arron Merat, a known regime affiliate with ties to the regime’s Ministry of Intelligence and Security (MOIS), also spread lies and falsehoods about the MEK.

The most recent example of the regime’s disinformation campaign came from a Reuter’s report which identified 70 websites dedicated to spreading the regime’s lies and propaganda.

These misinformation campaigns are particularly damaging to the MEK and the Iranian resistance. The regime uses its propaganda outlets to legitimize terror attacks on resistance groups, much like the bomb attack planned at the MEK’s Grand Gathering event in Paris.

These misinformation campaigns targeted independent observers and citizens abroad. For example, many of the 770 regime-affiliated Twitter accounts were regime affiliate posing as foreign journalists and citizens.

But perhaps the most extensive misinformation campaign is being waged at home, within Iran. Hassan Rouhani has systematically dismantled the free press. He has shuttered independent news outlets, tightened restrictions on social media access and restricted the news people reach online.

Although many large independent news outlets have been shuttered, there are still sources of reliable, independent information on offer to the Iranian public.

Supporting these independent outlets is more important now than ever before. Since the nationwide uprisings in December and January, the clamor for regime change among the Iranian people has intensified.

One example of Iran’s independent media was on display in the Simaye Azadi’s telethon (Iran National Television-INTV). Despite the intense constraints surrounding the media in Iran, Azadi has consistently given the Iranian people a voice in these dark times. This has earned him the support of the Iranian people.

Farzin Hashemi: #SimayAzadi is part of the Iranian people's struggle for freedom in #Iran. It's an independent media &that's how it has managed to keep its independents and offer reliable news and information particularly in this very vital situation #Telethon #FreeIran

The financial independence of Iran National Television allows it to operate in an environment where many other independent outlets are forced to cave to regime oppression.

INTV holds regular fundraising telethons through which finances are raised. Even in times of extreme economic hardship, like those facing Iranians today, the Iranian public digs deeps and gives what it can to INTV during these difficult times to ensure Iran’s free press lives on and gives hope to millions.

This does not come without risk. Unfortunately, the regime has put to death activists accused of supporting media outlets, yet many Iranians will not be deterred and are willing to risk it all to ensure Iranians are kept abreast of the latest human rights abuses, protests, and incarcerations of the Iranian resistance movement.

INTV also receives extensive support from the Iranian diaspora across the world. At the channel’s latest telethon, Saeed in the United States donated $250,000 to the outlet. He said, “as a physician, I have dedicated a large part of my career to be able to support the movement and consider this as part of my share to free Iran”.

Several high-profile politicians also called on people across the world to support Iranian freedom of speech and the free press by donating to INTV. Struan Stevenson, a former Scottish member of the European Parliament (MEP) told supporters over Twitter, “I encourage everyone to support the 30 Nov-2 Dec telethon”.

I encourage everyone to support 30Nov-2Dec #Telethon at @simayazaditv which is an independent news channel that brings out uncensored news from ongoing #IranProtests against the mullahs#Iran #Telethon #FreeIran #MEK #SimayAzadi https://t.co/Fq5rhdZhZ5https://t.co/Jx4kejsrZj

“Our sole weapon… are our truthfulness and our honesty”

Senior MEK member, Ehsan Amin praised Azadi for his tireless devotion to upholding the principles of a free and independent media organization. Amin said, “Azadi has always been in the front line of the struggle against the regime’s smear campaign against the Resistance, and plays a vital role in revealing the true nature of such allegations”.

Amin added, “our sole weapon in the face of the regime’s demagogy is our truthfulness and our honesty”.