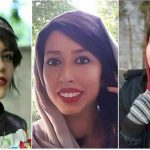 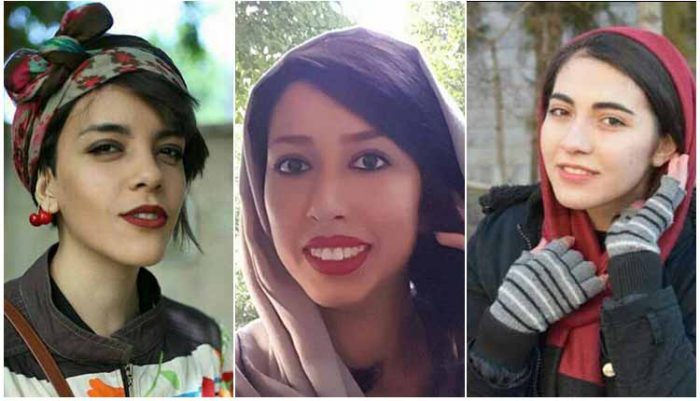 #Iran: What advocates of the mullah 'moderation myth' want to sweep off the rug: "At least 50 #Iranians were killed and 8,000 arrested during the nationwide protests in Dec 2017 & Jan 2018 https://t.co/lb8NyOv5jr

Yasamin Ariani, aged 23, and 19-year-old Saba Kordafshani, will both serve one year behind bars at Tehran’s infamous Evin Prison. Azer Heydari will also serve one year in prison. The other two, Mozhdeh Rajabi and Niloufar Homafar, both received six-month sentences from the Iranian regime Judiciary.

The circumstances under which Yasamin Ariani was arrested prompted outrage from the Iranian public and drew condemnation from the People’s Mujahedin Organisation of Iran (MEK) and other Iranian opposition groups.

Yasamin was arrested and taken to Quarchak Prison after helping an elderly woman who was pushed to the ground by the regime’s anti-riot police.

The sentences appear to be part of a coordinated effort from the clerical regime to administer particularly harsh sentences on those involved in protests. Last week, the regime sentenced six supporters of MEK to between 8 and 18 years in prison. They were charged for burning the images of the regime Supreme Leader Khamenei during last year’s protests.

Iran Human Rights Monitor released a list of 18 protestors that had been arrested and sentenced for participating in the December and January protests. The protestors, all of whom are serving their prison sentences at the Great Tehran Penitentiary, were administered exceptionally harsh sentences and subject to cruel and immoral punishments.

Barzan Mohammadi, a Kurdish prisoner, is serving a six-year sentence for similar crimes. He was also lashed a total of 100 times.

The full extent of the regime’s crimes against its population becomes clear when confronted with the figures of those arrested. Agents of the clerical regime arrested more than 8,000 protestors during the December and January uprisings.

Of these 8,000, at least 14 have died in custody, likely due to extensive torture and beatings at the hands of guards. Further reports emerged this month of guards using electric cattle prods, sticks, and batons to beat inmates into submission.

Amnesty International called for the immediate and unconditional release of all those arrested during the protests. They also urged the international community to call for an “impartial and independent” investigation into the suspicious circumstances surrounding the death of 26-year-old Reza Otadi, who died during a protest in Karaj.