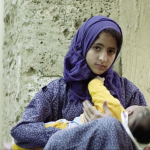 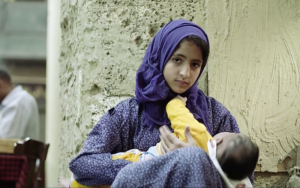 Child marriage in Iran, another aspect of women’s suppression under the religious extremism ruling Iran

A May 30th report by the National Council of Resistance of Iran (NCRI), of which the MEK is the largest member, shed light on the plight of child brides in Iran. According to the report, which came from an earlier interview with Masoume Aghapour-Alishahi, the “Representative of Women” at the regime Parliament, and was published on the website “Khane Melat,” (regime’s parliament’s publication) there are currently 24,000 widowed children in Iran.

A widowed child is a girl who was married at age 12 and then lost or was separated from her spouse before the age of 18.  The legal age for marriage in Iran is 13 for girls and 15 for boys, but it is permissible under Civil Law to marry earlier with parental and court consent. Child marriage is common in Iran, particularly in villages, because of both poor economic conditions and a lack of access to educational and cultural opportunities. As a result, thousands of children are robbed of their childhoods through child marriages, which usually end in divorce. According to Alishahi, “[D]ue to the absence of secondary and tertiary schools in our villages, girls are unable to continue their education beyond the primary level; and are consequently forced by their parents to get married”.

Alishahi said that some parents marry off their girls at nine or ten years of age in order to provide for the basic needs of their households. These children are then pressured to have children of their own, with many girls becoming pregnant before they have fully reached puberty. This leads to complications when delivering or breastfeeding their children, along with mental anguish. Some of these girls turn to abortion as a result, which can be deadly for them.

Alishahi also spoke of another problem that these children face. Adults “can take advantage of these children for sexual pleasure or for other unethical intentions such as drug smuggling.”

The popular Iranian television show “Paytakht” aired an episode in which a character considers proposing to 12 and 13-year-old girls. The situation was played for laughs. Farshid Yazdani, director of the Protection of Children’s Rights Committee, gave an interview to the website “Faravar,” in which he discussed this episode. He said that these shows promote violence against children and went on to add: “Whilst the National Organisation for Civil Registration reports of nearly 13000 widowed children in 2015 alone, our country’s National Television is promoting violence against our children, by covering child-marriage in its popular shows like Paytakht.”

Child marriage is no laughing matter. Girls who are married as children become dependent on their spouses and never develop the skills they need to function as independent adults. Many, if not most, of these girls, marry addicts and often go on to become addicts themselves. Widowed children face additional emotional pressure, as they are often fleeing domestic violence and can easily become victims of further violence after their marriages end.

Children will continue to face these grim conditions as long as Iran fails to provide for its citizens’ financial and social well-being. The MEK supports regime change as a means to address these and other issues. The Iranian people deserve better treatment.