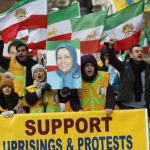 MEK-Iran:Western governments must read the signs of impending change in Iran 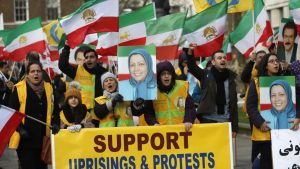 MEK-IRAN:WESTERN GOVERNMENTS MUST READ THE SIGNS OF IMPENDING CHANGE IN IRAN

Recent protests in Iran will have unearthed distant memories for the Iranian population. In late December 2017, and early January 2018, protests tore across the Iranian nation. The People’s Mujahedin of Iran (MEK) had a major role in organising the protests. The nation’s men, women, and youth from all walks of life took to the streets to express their desire for regime change. The urban middle classes stood alongside rural farmers and agricultural workers, along with the rest of the population, and came together in chants of “down with Rouhani” and “down with Khamenei”.

A reminder of distant memories

Iran has heard similar chants before. Forty years ago, in 1978, after the annual Nowruz celebrations, similar chants rang out across Iran. Nasser Razil describes how protestors gathered in Tehran, shouting “down with the Shah”. Then, as now, the country was in the grip of autocratic power, with a heavily oppressed population calling out regime change.

The parallels between the climate of 1978 and that which we see today are not limited to Iran’s internal political struggle. In 1978, western governments were convinced that the Shah would emerge from the protests with his regime intact. Just weeks before Nowruz, Jimmy Carter had called Iran an “island of stability in one of the more troubled areas of the world”. The UK Foreign Office also maintained a blind faith that the Shah was in control of the situation.

Foreign powers are not reading the signs

Fast forward to today, and the same attitude can be seen towards Iran from the western powers. There has been a prevailing school of thought in western governments that Rouhani’s oppressive regime has the support of the poorer classes and possesses the strength to whether the storm and put down the dissenting population.

This has clearly shown to be false. The recent protests indicate that the poorer communities have just as much desire for regime change as the urban middle classes. In Isfahan Province, it was the farmers that triggered mass public mobilisation in early April, disgusted at the regime’s inability to handle a water crisis. The recent protests raged for ten days, indicating that the regime could not quash the dissent. There were even reports of State Security Forces abandoning their posts and joining the protestors. The regime’s strength is evaporating, and there are clear signs that, like the Shah’s regime in 1978, it will not be able to maintain its grip on power for much longer.

Washington is currently re-examining its position on Iran. It will soon have to decide whether or not to adopt a firmer stance against the Iranian regime or continue with its policy of appeasement for the ayatollahs. The appointment of John Bolton as the new National Security Advisor to President Trump is a positive sign. He has long sympathised with the MEK and its leader Maryam Rajavi and will likely push for a harder stance towards the Iranian regime.

However, those who do not learn from history are doomed to repeat it. In 1979, when the Shah regime fell, western governments were in shock and were left scrambling to formulate a policy towards the incoming government. The same signs that were present in 1978 are visible today. Foreign governments must read them and react.

The Rouhani regime is losing its grip on power. All segments of the public have turned away from it and are crying out for regime change. The economy is still declining, and farmers have begun to strike and protest. The winds of change are on the horizon. Washington, London, and the other western governments must change their attitudes towards the regime in Iran. It will not be in power for much longer.