Raisi served as Tehran’s deputy prosecutor and was a member of the death commission in 1988. The panel was given authority over the prisons in Evin and Gohardasht, and it started questioning political prisoners, primarily those they thought were connected to the main opposition Mujahedin-e Khalq (MEK). Anyone who either refused to denounce the group or didn’t show allegiance to the theocratic dictatorship was summarily put to death. Over roughly three months, at least 30,000 political prisoners were executed.

According to some accounts, the 1988 massacre represented the worst act of human terrorism since World War II. Despite this, nobody has ever been held accountable for it, with the exception of Hamid Noury, a low-level prison employee, who was given a life sentence earlier this year by a Swedish court for crimes against humanity under the principle of “universal jurisdiction.” 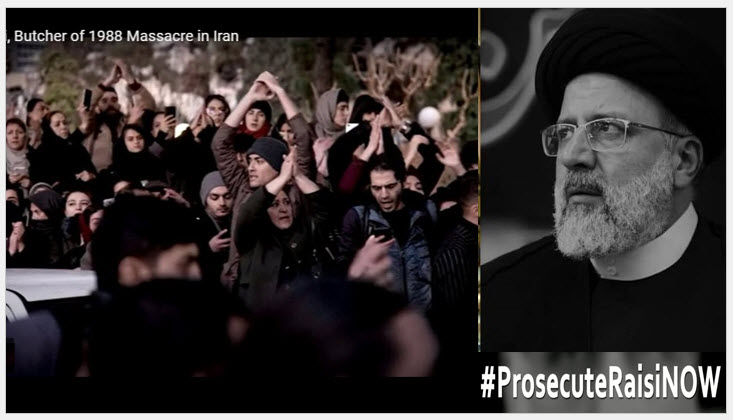 As the only country with the authority to prevent Raisi from attending by denying him a visa, the US government will bear a sizable portion of the blame if Raisi addresses the UN without being held properly accountable for his crimes.

As the only country with the authority to prevent Raisi from attending by denying him a visa, the US government will bear a sizable portion of the blame if Raisi addresses the UN without being held properly accountable for his crimes. It should do so, both for international peace and security and to uphold the shared human rights principles that are a major tenet of the United Nations charter.

The regime has always been willing to harm Western citizens and the organized opposition, of course. This was unequivocally confirmed in 2018 when Tehran’s Supreme National Security Council approved plans to bomb the Free Iran World Summit, which was attended by hundreds of lawmakers, academics, and foreign policy experts from the United States and Europe and took place in June near Paris.

Lawsuit filed against Iranian regime president Ebrahim Raisi by survivors of the #1988Massacre of 30,000 political prisoners, and the families of the martyrs charge him with crime against humanity, genocide. Instead of hosting Raisi, #UN must hold him accountable. #NoVisa4Raisi

Thankfully, the plot was thwarted after intervention by numerous European law enforcement agencies, and a senior Iranian diplomat was apprehended as its planner, detained, and later sentenced to 20 years in prison by a Belgian court.The international community must update its policies to account for past crimes that went unpunished as well as the regime’s potential for increased malign activity.

These two issues are interconnected, and the appointment of Raisi as president was itself a blatant demonstration of the impunity that Tehran has come to enjoy as a result of years of inaction and accommodation on the part of major world powers

Now is the time for the international community to send a strong message by simply not allowing Raisi to speak at the General Assembly. When it becomes clear how enthusiastically the Iranian people embrace that message, the international community will finally see fit to assist them in obtaining the justice they have long sought, as well as enacting appropriate punishment for the “Butcher of Tehran.”