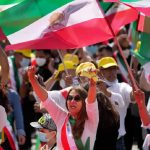 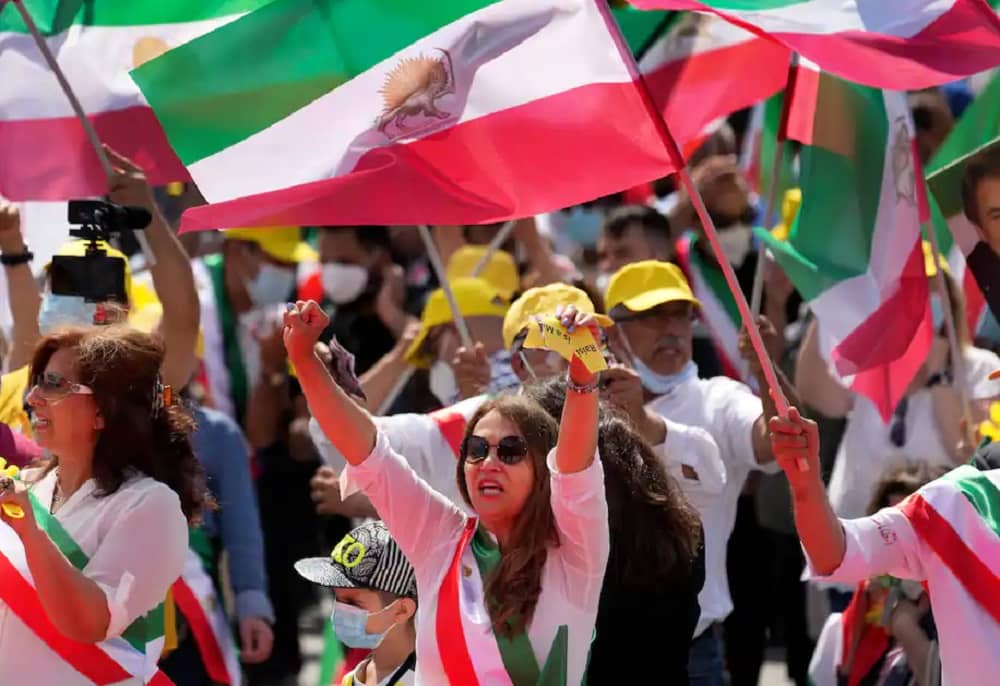 It went on to say that such a move is clearly justified by Section 212 of the Immigration and Nationality Act (INA), which gives the Departments of Homeland Security and State the legal authority to deny entry to any foreign national who “has committed, ordered, incited, assisted, or otherwise participated in the act of torture or any extrajudicial killing under color of law of any foreign nation.”

Section 212 also mentions affiliation with terrorist organizations as grounds for denial of entry, as well as the possibility that such entry would be “detrimental to the interests of the United States.” Raisi clearly meets all of these criteria.

Raisi was one of four officials appointed to the Tehran “death commission” in 1988, which oversaw mass executions in the Evin and Gohardasht Prisons that summer. Similar death commissions were held in other cities around the same time, but the judges in the capital city were responsible for the lion’s share of the over 30,000 hangings and firing squad deaths that comprised the 1988 genocide. 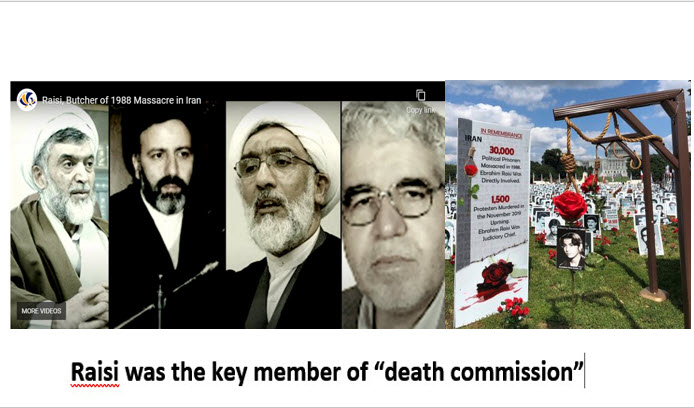 Raisi was one of four officials appointed to the Tehran “death commission” in 1988, which oversaw mass executions in the Evin and Gohardasht Prisons that summer

Naturally, the regime denies the magnitude of the atrocities. However, that denial clearly lacks credibility in light of Iranian authorities’ repeated efforts to pave over and build on suspected sites of secret mass graves where many of the massacre’s victims were buried.

This phenomenon was highlighted in a letter to regime officials signed by several UN human rights experts in 2020. The letter urged the regime to adopt a transparent policy regarding this unresolved crime against humanity, which is considered to be ongoing as long as the victims’ final resting places are unknown and their killers continue to live freely and in positions of power. 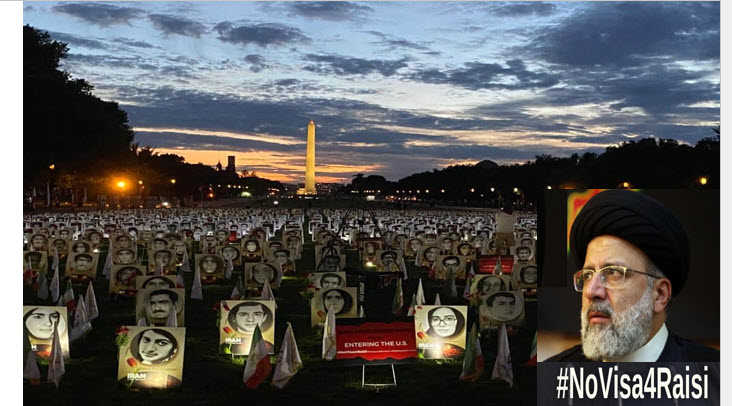 This is to say that the Iranian regime’s historic inaction has reinforced a sense of impunity, particularly when it comes to human rights. In recent years, perhaps no greater symbol of that impunity has been Supreme Leader Ali Khamenei’s selection of Ebrahim Raisi as the clerical regime’s next president in 2021.

Addressing the UN General Assembly would arguably provide Raisi with the most legitimate claim to legitimacy thus far, erasing some of the shadow cast over his presidency by the mass electoral boycott and the countless protests that have included chants of “death to Raisi” alongside “death to the dictator [Khamenei].” Denying him a visa, on the other hand, would undermine his existing claims to legitimacy while sending an important message of support to Iranian activists who have made significant strides toward regime change on their own in recent years.

More than 500 Iranian-American scientists, scholars and industry executives are urging the White House to deny Iranian President Ebrahim Raisi entry into the U.S. for the United Nations General Assembly in New York later this month. https://t.co/qRFFgrMbUl