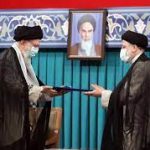 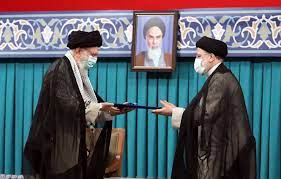 By appointing Ebrahim Raisi as president of his regime, Ali Khamenei, the Supreme Leader of the mullahs ruling Iran, sought to silence and intimidate the country’s restive society and, given the people’s poor economic conditions, have Raisi make hollow promises to overcome Iran’s social crises, if only for a short time.

It has been a year since Khamenei appointed Raisi as the regime’s president. Iran’s society has not been quieted; in fact, since Raisi took over as president, the number of protests has increased. Every day, people from all walks of life, including retirees, pensioners, and teachers, demonstrate. They are chanting “Death to Raisi!” in a direct attack on the regime’s upper echelons. Major protests over water shortages in Khuzestan, Isfahan, and Shahr-e Kord prompted Khamenei to issue a stark warning to his regime’s ranks and files on March 10: “The enemy is focusing its efforts and is extremely effective and influential.”

This warning did not have the desired effect, which was to quiet the society, as Khamenei had hoped. Protests, demonstrations, rallies, and uprisings have become a daily occurrence throughout Iran. In the last 45 days, Iran has seen two major protests in dozens of cities, as people protest skyrocketing prices and the collapse of the 10-story Metropol tower in the city of Abadan, which killed dozens of people. After that, there hasn’t been a day when some segment of Iran’s society hasn’t held a protest in one of the country’s cities, which began in the capital Tehran on June 18 and spread to more cities on June 19.

The current situation in Iran, in which the regime’s anti-riot units and the mullahs have carried out numerous executions, is not instilling fear in the general public as it once was. People with nothing to lose are triumphing over the regime’s crackdown apparatus.

The crisis has reached a point where regime officials are expressing their concerns in a variety of ways, including by directly criticizing Khamenei. According to a June 19 piece in the state-run Setareye Sobh daily, “the promises of [Raisi’s] government are nothing more than hollow pledges.” On the same day, another state-run daily, this time the Etemad, published an article mocking Raisi, saying, “You are also imagining yourself to be successful!” These are significant signals of major breaches within a rotting system, according to those familiar with the language and nature of Iran’s state media.

The regime’s “revolutionary” and unified Majlis (parliament), whose members were hand-picked by Khamenei’s institutions, is currently launching a barrage of criticism at the Raisi cabinet and Khamenei’s “Hezbollahi” government. The so-called MPs yelled and shouted during the Majlis session on June 19.

“Mr. Raisi! High prices are pushing people to the limit of their tolerance,” said Seyed Kazem Mousavi, another Majlis member. “Prices are skyrocketing and increasing by the hour,” Sadif Badri, a member of the regime’s Majlis, said. “The Raisi government has let the markets be, refusing to take any action.” His other coworkers had even more to say.

This is the result of Khamenei’s last-ditch effort and his bet on Raisi as his regime’s so-called savior. Iran’s society is erupting like never before, with regime officials expressing grave concerns about escalating crises that threaten Khamenei’s Achilles’ Heel.