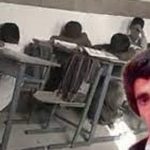 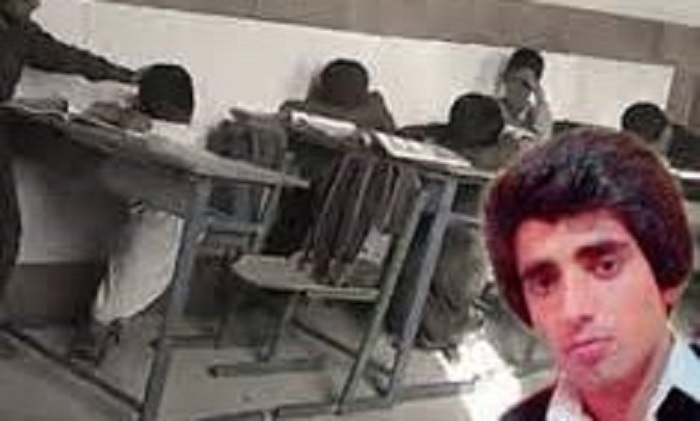 Tuesday, April 12, Shahram Bameri, a teacher in the village of Munich in the province, was killed by the IRGC while traveling from Iranshahr to Khash County with two of his relatives.

Schoolchildren in Iran’s south-eastern provinces of Sistan & Baluchestan mourn their slain teacher, who was fatally shot by members of the Islamic Revolutionary Guard Corps (IRGC), in a heart-breaking video widely circulated on social media. On Tuesday, April 12, Shahram Bameri, a teacher in the village of Munich in the province, was killed by the IRGC while traveling from Iranshahr to Khash County with two of his relatives. According to eyewitness accounts, Bameri and one of his relatives were killed, and the third passenger was critically injured, when their car was a target of indiscriminate shooting by the IRGC.

After a two-year hiatus due to the coronavirus pandemic, the students lost their teachers just as they were about to resume their studies. This isn’t the first time that innocent Iranian citizens have been subjected to the repressive forces of the Iranian regime. Many innocent people are being targeted and murdered all over Iran, but especially in impoverished provinces like Sistan & Baluchestan in the southeast and the Kurdish region in the west and northwest.

According to reports from human rights activists and organizations, the State Security Force (SSF), the IRGC, and border guards routinely murder dozens of citizens in these areas each year. On April 14, the regime’s authorities murdered three Baluch citizens in South Rudbar county, in southern Kerman province, prompting outraged locals to attack security forces.

"#IRGC killed our teacher," say grieving students, who were to resume education after two years. pic.twitter.com/1TeyOtr6xx

Similar atrocities sparked heavy clashes between the IRGC and residents of Saravan in Iranian Baluchistan, close to the Pakistani border, in February 2021. At the time, IRGC forces had fired live ammunition at some Baluch civilians, killing at least six people and injuring many more. Under the guise of fighting smuggling, the Iranian regime has been killing deprived fuel porters in the province. Despite this, the IRGC is in charge of Iran’s smuggling network.

According to footage from the clashes and eyewitness accounts, the regime used snipers, tanks, and armored vehicles to suppress protesters in Saravan and other areas. The regime’s atrocities in Saravan sparked anti-regime protests that spread to other parts of the country and lasted for about 40 days. Iranians have expressed their support for the Baluch protesters both at home and abroad.

The assassination of Shahram Bameri is neither the first nor the last crime perpetrated by the IRGC and its affiliates. While the US and P4+1 negotiate with the mullahs about possibly delisting the IRGC from the Foreign Terrorist Organization (FTO) list, they should keep in mind that the IRGC’s primary victims are the Iranian people.

The IRGC murders innocent people across the country and wastes public funds on provocative drone and ballistic missile projects, as well as nuclear-weapons development. It also contributes to regional instability and warmongering by funding terrorist groups.

“About the IRGC, it is probably the most designated organization in one way or another in the world among organizations that we designated, including the foreign terrorist organization designation,” US Secretary of State Antony Blinken said during a speech in late March.