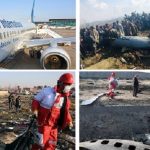 Written by Jennifer Jones-Kelley on January 12, 2021. Posted in NEWS 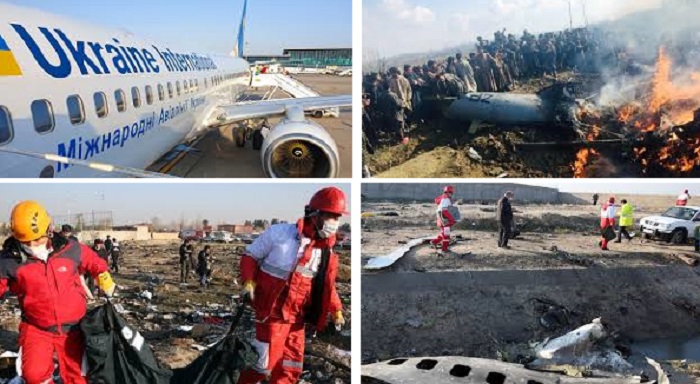 (NCRI) and (PMOI / MEK Iran): US officials have “high confidence” that an Iranian regime antiaircraft missile brought down a Ukrainian passenger jet near Tehran, resulting in 176 deaths

The National Council of Resistance of Iran (NCRI), and the People’s Mojahedin Organization of Iran (PMOI / MEK Iran) has reported that Ukraine International Airlines Flight PS752 had just departed Tehran on January 8, 2020, when it exploded in midair, killing all 176 passengers and crew on board and crashed into a field in Iran.

The international community was immediately suspicious of the circumstances surrounding the tragedy, and Ukrainian investigators demanded access to the crash site. Iranians still reeling from the aftermath of the November 2019 Uprising demanded transparency from the regime, but government officials first claimed the United States was responsible and then blamed a mechanical problem in the airplane for the deadly crash.

Three days later, satellite imagery from the U.S. revealed that two surface-to-air missiles fired from a Revolutionary Guards (IRGC) base brought down the plane. Regime officials were also pressured to allow Ukrainian investigators into the crash site, where they discovered missile casings matching those purchased from the Iranian regime. The remainder of the crash site had been cleared.

#Iran: No-One Has Been Charged Yet for the Downing of the Ukrainian Airliner It has been 12 months since an IRGC surface-to-air missile shot down the Ukraine International Airlines Flight 752 soon after taking off from Tehran, killing all 176 passengers. https://t.co/oK2sbDfZlU

On January 11, 2020, the General Staff of the Armed Forces was forced to acknowledge that the IRGC shot down the airliner, citing “human error” as playing a primary role in the incident. The announcement sparked a series of protests on university campuses across Iran, which quickly spread, and the country was once again rocked by anti-regime protests. Women, outraged by four decades of regime oppression, devastated by the 19 female university students and professors killed in the crash, and emboldened by their leadership in the MEK Resistance Units, led the charge for a free and democratic Iran. 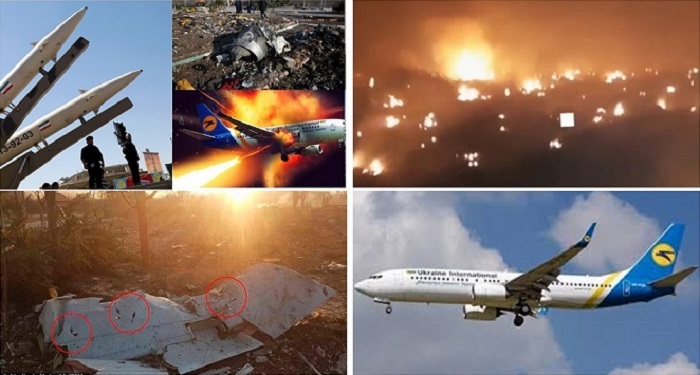 One year later, the families of the victims are still waiting for answers. The Iranian regime did not cooperate with international investigations and waited six months before turning over the airplane’s black box. The regime released its own interim report on the crash in July 2020 which left families with more questions than answers.

According to an August 23, 2020 report by the state-run Mehr news agency, Touraj Dehghani Zangeneh, head of the regime’s Civil Aviation Organization, stated that the pilots could still be heard conversing on the cockpit’s black boxes for 19 seconds after the first explosion and that both engines were operating during this time. This has caused many to speculate that the second missile was fired intentionally.

This lack of certainty has denied some family members the closure they need to heal. On January 7, one victim’s relative told the Associated Press, “Without knowing what really happened to them, we’re stuck in that same horrible night… We haven’t received anything close to the truth.”

The father of crash victim Maryam Malek spoke out against the regime’s coverup in comments quoted in a December 18, 2020 post on the state-run Khabar Online. “Where are the belongings of our children which were collected by the State Security Force and the Police? Why did they crush their mobiles? Where are our children’s mementos?” asked Mr. Malek.

A year has passed since an IRGC surface-to-air missile brought down the Ukraine Int'l Airlines Flight 752 on January 8, minutes after the airplane took off from Tehran.

Family members of crash victims, frustrated with the regime’s lack of transparency, formed a group to advocate for accountability for their loved ones. In December 2020, the Association of the Families of the Victims released a statement detailing the Iranian government’s attempts to pressure victims’ families into silence. The statement also described a continued coverup of the regime’s illegal actions surrounding the crash.

Some family members have been threatened with violence or arrest. Less than two months after Javad Soleimani lost his wife, Elnaz Nabii, in the Ukrainian Airlines crash last year, he said he and other families of victims were summoned to the Intelligence Ministry and threatened with sexual assault if they did not remain silent, according to a March 2 interview on Radio Farda.

MEK sources report that other family members have been threatened by intelligence services with the same treatment given to the families of victims of the November 2019 Uprising. Many of these families have been arrested without cause and subjected to torture.

(NCRI) and (PMOI / MEK Iran): U.N. Urged to Investigate the 1988 Massacre of Political Prisoners in Iran.

Amnesty International investigated the treatment of family members of victims of the 1988 Massacre of 30,000 MEK political prisoners last year. Their report found that the regime’s treatment of victims’ families—which mirrors its treatment of families of Ukrainian crash victims and November 2019 Uprising victims—to amount to torture and crimes against humanity. These crimes are likely to be repeated until the regime is held accountable for its actions.