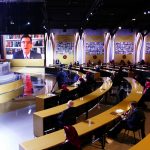 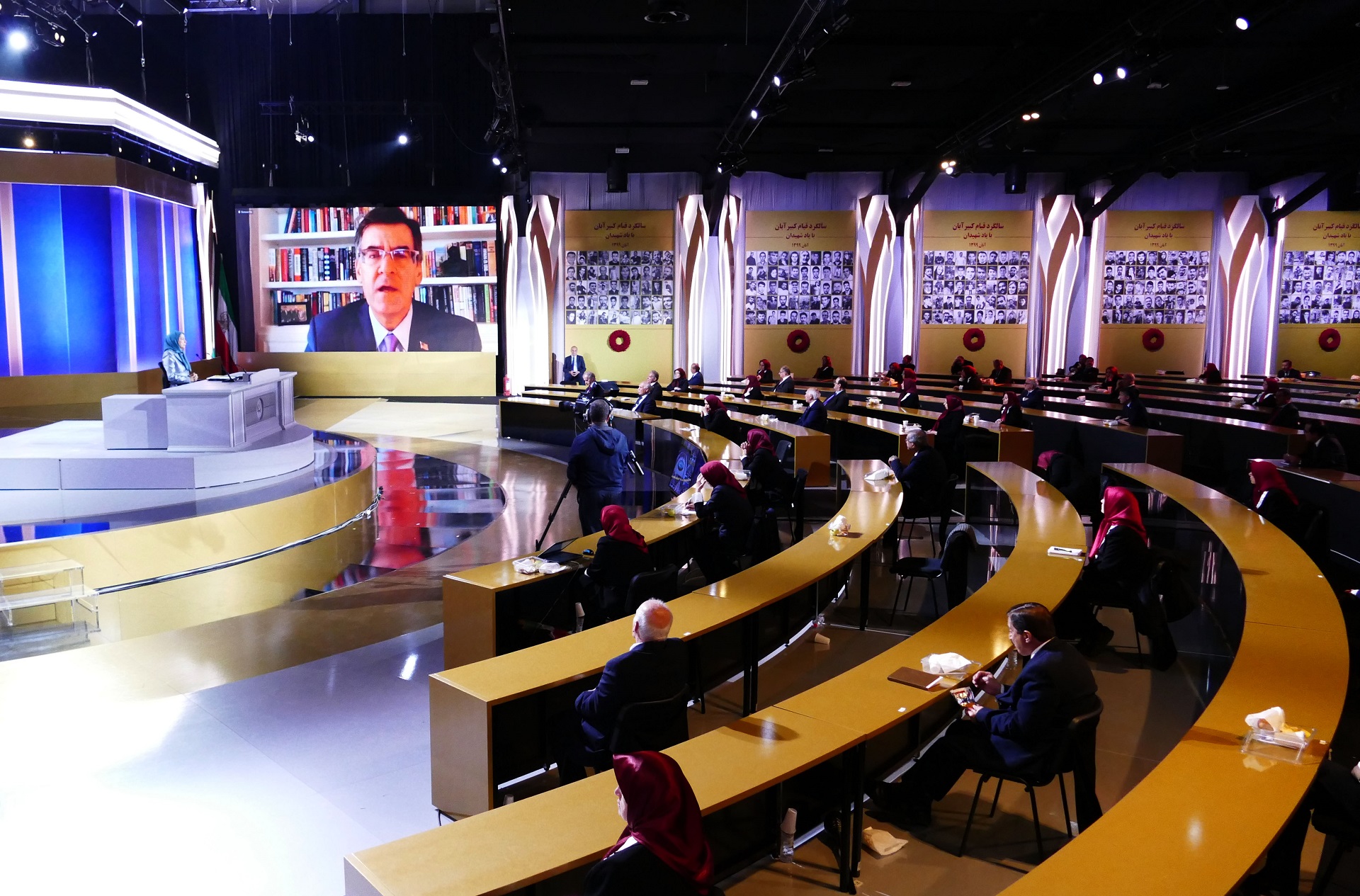 Today the (PMOI / MEK Iran), is recognized as a legitimate political organization representing a large section of the Iranian population and the leading organization to bring about peaceful change in Iran.

The National Council of Resistance of Iran (NCRI) hosted an online conference last month in honor of the first anniversary of the November 2019 Uprisings in Iran. Participants paid tribute to the hundreds of thousands of brave protesters who risked their lives to demand regime change last November, and they recognized the sacrifices made by the People’s Mujahedin of Iran (PMOI / MEK Iran) and Iranian Resistance during four decades under the mullahs’ rule.

United States diplomat Mitchell Reiss delivered a message of solidarity with the Iranian Resistance in his speech at the virtual event. An abridged version of his speech is included below:

First, I would like to pay my sincerest condolences to all those who laid down their lives one year ago, during the November 2019 uprising that took place across Iran, in more than 190 cities, and in all 31 provinces.

"This is a regime that fears @Maryam_Rajavi & her ten-point plan to bring democracy, true representative government & the rule of law to Iran," said Mitchell Reiss, former Director of Policy Planning at the U.S. State Dept.#WeStand4FreeIran#Iranhttps://t.co/ZjxcGVvRAM

These individuals sacrificed their lives for a righteous cause.  The initial spark for the protests may have been an increase in gasoline prices, but your grievances are far larger and more significant.  They address the very nature of the illegitimate regime in Tehran itself.

These protests took place because the Iranian people only wish what people all over the world wish for – the basic human right to live in freedom, to raise your family without fear, to elect honest officials who will represent your best interests and not steal from you, and to live a life of dignity.

You and your colleagues all over Iran have made it clear that you want a change from this illegitimate regime.

Your courage and bravery in the face of the regime’s violence and repression are inspiring.  At least 1,500 protesters were massacred on the streets.  Over 4,000 were wounded and at least 12,000 arrested.  The New York Times  reported that the IRGC and other security forces committed mass atrocities by using deadly force against unarmed civilians.  The UN High Commissioner for Human Rights stated that the regime violated international law and engaged in “serious violations of human rights.”

What does all this tell us?

It tells us that this is a regime that once more revealed its true nature in how it responded to the protests.

This is a regime that is fundamentally weak and unsure of itself, not strong and self-confident.

This is a regime that does not respect the lives of its own citizens.

This is a regime that does not trust its own citizens to know the truth.

This is a regime that resorts to violence to silence the voices of the people.

This is a regime that blames others for its own failures.

This is a regime that is corrupt and a massive violator of human rights.

This is a regime that is irreformable and incapable of serving the people of Iran.

This is a regime that fears its own people.

#IWasATarget
The regime's terrorism is now on trial for the entire world to see. Once more the regime in Tehran does not hesitate to use terror to silence its enemies, even on European soil #ExpelIranDiplomatTerrorists https://t.co/oS8I7ETmsA

Above all, this is a regime that fears the MEK and what it stands for.

This is a regime that fears Madame Rajavi especially, and her ten-point plan to bring democracy, truly representative government, and the rule of law to Iran.

On this anniversary of the November 2019 uprising, it is useful to reflect back on recent trends and developments over the past few years, and what they suggest for the struggle between the Iranian people and the ruling theocracy in Tehran.

Only a few short years ago, members of the MEK were isolated at Camp Ashraf and under attack from the mullahs’ allies.  Today, these brave men and women are safely in Albania, under the protection of a sympathetic government and the laws and security forces of the European Union.

Only a few short years ago, the regime in Tehran tried to blow up a peaceful gathering of the opposition in Paris.  But the terrorists were apprehended before they could strike.  They are now on trial for the entire world to see once more that the regime in Tehran does not hesitate to use terror to silence its enemies, even on European soil.

For the past few years, the United States has not emphasized human rights as one of its foreign policy priorities.  I am confident that the incoming Biden Administration will speak out forcefully about human rights.  This change will not be welcomed by dictators around the world, and especially by the mullahs.

Only a few short years ago, the MEK was discredited widely in the United States and Europe, the subject of a long disinformation campaign.  But the situation has changed dramatically.

In sum, the heroic protests we witnessed last year are part of larger trends that are strengthening the opposition and weakening the regime in Tehran.