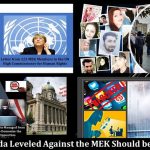 Iran: Propaganda Leveled Against the MEK Should be Reversed

Written by Amineh Qaraee on September 25, 2020. Posted in NEWS 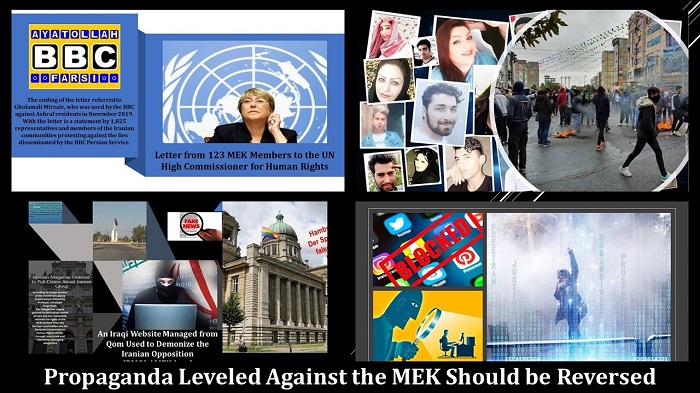 Throughout the last 40 years, state-run publishers printed 526 volumes which concentrated on the negative portrayal of the MEK. Also, many films, TV series, and documentaries were aired concentrating on the MEK as the enemy of the people.

Recent uprisings in Iran clearly indicate the clerical regime’s failure to dismantle the organized Resistance units, supporters of the People’s Mojahedin Organization of Iran (PMOI / MEK Iran), but because it is afraid of another uprising, it is starting to use more repressive tactics. These are likely to include arrests, shame trials, and harsh punishments on any pro-democracy activist. However, even though the international community should be rejecting this repression it may find it is difficult to identify.

The former director of Iran’s Ministry of Intelligence and Security, Nasser Razavi, wrote in a 2019 handbook which was named “Strategy and Nothing Else” that the aim of the handbook was to counter the influence of the People’s Mojahedin Organization of Iran, (PMOI / MEK Iran), which has always been the biggest threat to the mullah’s regime.

Nasser Razavi admitted at that time that the more the regime tries to destroy the MEK the greater its comeback will be. So, instead, misinformation about the MEK has gathered momentum so has to stop more people joining the resistance movement and organizing mass nationwide protests.

Throughout the last 40 years, state-run publishers printed 526 volumes which concentrated on the negative portrayal of the MEK. Also, many films, TV series, and documentaries were aired concentrating on the MEK as the enemy of the people. This production mania gathered momentum in 2010 and, up to 2018, 169 films and shows were dedicated to defaming the MEK. Many of these were repeated over and over again.

Much of this propaganda appeared to slow down after the 2018 nationwide uprising and even more so according to president-elect Maryam Rajavi after the far greater uprising in November 2019.

However, as the 2nd uprising spread instantly to 200 of Iran’s towns and cities the Islamic Revolutionary Guard Corps (IRGC) used live ammunition to shoot and kill which ended with the deaths of 1,500 peaceful demonstrators while 12,000 were arrested and several have now been given death sentences. If the international community fails to respond to the regime’s human rights abuses who knows what will happen next.

So far the regime has tried to influence the international community against the MEK by using a “friendly journalists” many of these appear to be part of MOIS intelligence assets who either pretend to be exiled from the MEK or are acting in this way because themselves and their families have been threatened.

These unfavorable comments about the MEK were exposed in court cases abroad particularly in Germany. In the two cases, the publications were told to remove key features in their articles about Ashraf-3, the MEK compound in Albania known as Ashraf-3 because it was determined that allegations about the Ashraf-3 did not come from identifiable sources so could not be substantiated.

This has not stopped the disinformation campaigns against the MEK and the misinformation spread by Der Spiegel and Frankfurter Algeimeiner Zeitung is hard for the international community to dispel and so it carries on appeasing the Iranian regime. It seriously believes there is no viable alternative to the current Iranian regime, so it is not likely to suddenly support the MEK, which many views wrongly as a cult, not a viable opposition movement capable of running Iran as a free democracy.

It is only now that the vigor seen in the most recent uprisings that challenge the propaganda stream has provided an opportunity for the international community, including human rights groups, to oppose the regime’s recent and likely further crackdowns on Iran’s supporters of the MEK and other advocates who support a democratic Iran.