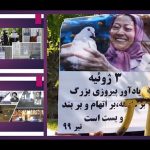 Written by Esmail Mohades on July 9, 2020. Posted in NEWS 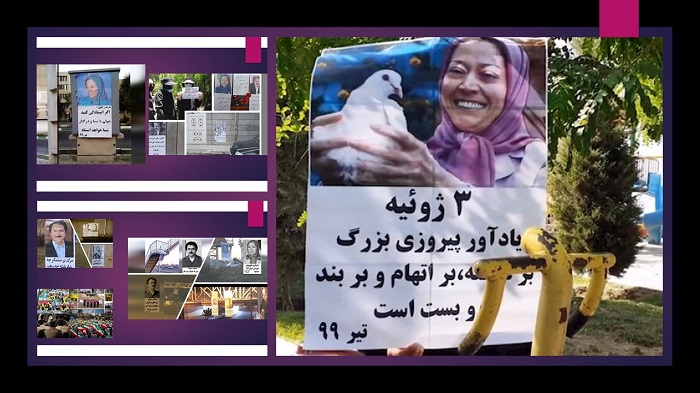 The current role of the PMOI / MEK and the Iranian Resistance movement inside Iran.

The People’s Mojahedin Organization of Iran (PMOI / MEK Iran) has recently been attracting more and more Iranians, particularly youth, to its campaign for real and positive change in Iran which means overthrowing the present regime which does not permit freedom of expression.

Last Sunday Resistance Units throughout the country organized many events in several cities which included:

The main theme was the importance of replacing the current regime as soon as possible. Many supporters used this opportunity to create slogans by writing graffiti wherever they could in support of the resistance movement leaders while condemning the leaders of the current regime the key leader Ali Khamenei and the regime president Hassan Rouhani.

Listed below are some of the slogans that were spread on spaces throughout the targeted cities:

The Iranian Resistance Units, the internal network of the Iranian opposition People’s Mojahedin Organization of Iran (PMOI/MEK), spread its activities across the country in recent days.#Iranhttps://t.co/sWKRSklF69

There were several centers in cities known to be used as places for suppressing the opposition that was torched. These included:

Iranian Resistance leader Massoud Rajavi promotes the implementation of “resistance units” within Iran. The aim is to link the rank and file of Iranian society with the (PMOI / MEK Iran) of whom they represent.

Together they are trying to overthrow the tyrannous mullahs’ regime. They have become more and more popular and played a major role in the December 2017 and November 2019 protests and uprisings that have caused the current regime to shudder in fear.

Today, the younger generation is replacing the thousands of MEK members who have sacrificed their lives when fighting for a freer and more equitable society over the last 40 plus years.

The rise of COVID-19 and the poor management of it by the current regime has increased the awareness of young people and they are now in a hurry “to establish freedom, democracy, and popular sovereignty in Iran.” Their main route to establishing these principles is by supporting the (PMOI / MEK Iran) who know and understand what strategies to use to overthrow the regime.

The (PMOI / MEK Iran) is growing at such a rate that even the state-run media sees it as a threat to the current regime and admits that it played a key role in the November 2019 protests.

“Ali Shamkhani, Secretary for the Supreme National Security Council: “I believe 34 MEK members have been arrested so far. A vast network of individuals, operating not under the MEK’s name, but pursuing their line and modus operandi were also identified.” (Defa’ Press, November 24, 2019)”