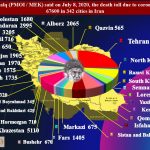 MEK Iran: All Hospitals Full With Over 67,600 Deaths

Written by Mohsen Aboutalebi on July 9, 2020. Posted in NEWS 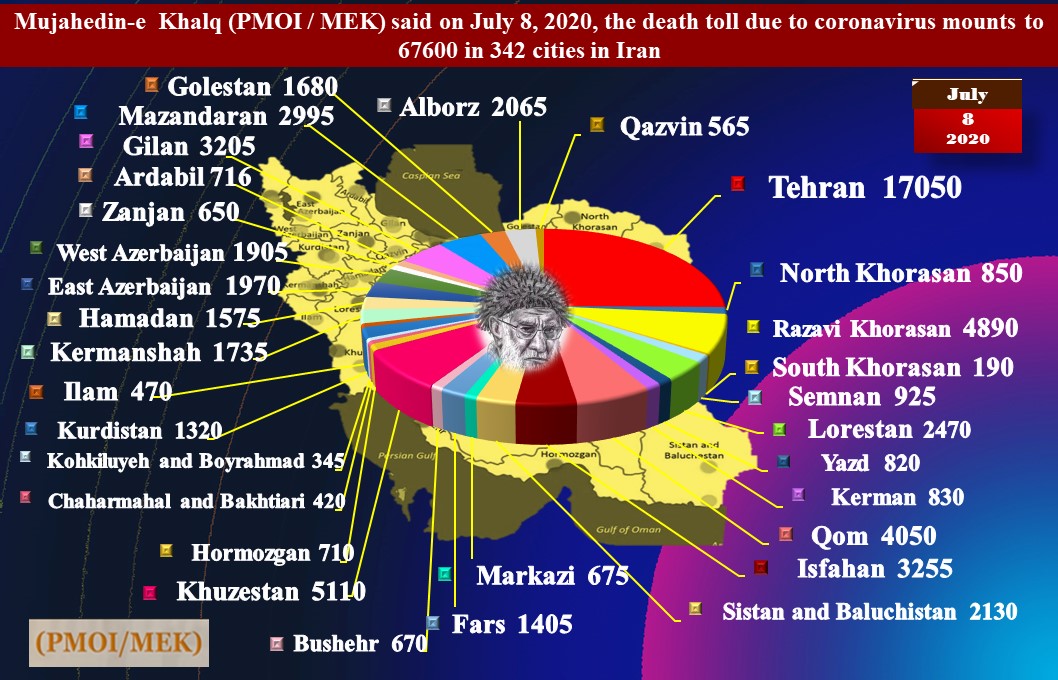 The mullahs regime’s death toll is only a fraction of what the (PMOI / MEK Iran) has reported.

As reported this morning by the Iranian opposition People’s Mojahedin Organization of Iran (PMOI / MEK Iran), more than 67,600 people have lost their lives to COVID-19. This has taken place in 342 cities and all of Iran’s 31 provinces. The official death counts still stand at 11,931, well below the real death toll.

Over 67,600 people have died of the novel #coronavirus in 342 cities checkered across all of #Iran’s 31 provinces, according to reports tallied by the Iranian opposition PMOI/MEK as of Wednesday afternoon local time, July 8.https://t.co/arr49CuW1Z

Breakdown of deaths by province

As well as the devastating death rate there are 3,270 in intensive care.

Provinces which are Code Red include:

Tehran’s city council chief has issued a warning of an increase in the number of COVID-19 deaths and has suggested that the situation is likely to get worse rather than better in the coming days.

Mrs. Maryam Rajavi, the president-elect of the National Council of Resistance of Iran (NCRI), has said time and time again that this marked increase in cases of COVID-19 is as a result of policies enforced by the regime. These are both corrupt and criminal policies led by the regime’s Supreme Leader, Ali Khamenei, and regime president, Hassan Rouhani.

Mrs. Maryam Rajavi, emphasizes that rather than providing for the needs of the workers, regime leaders are telling hardworking people to go to the most crowded and contaminated environments without using any protective equipment.

Mrs. Maryam Rajavi, says that the regime says the people are to blame for not maintaining high standards of hygiene. This of course is not true and the regime’s only strategy is mass killing to protect itself from any further uprisings.

The People’s Mojahedin Organization of Iran (PMOI / MEK Iran) and the National Council of Resistance of Iran (NCRI) have taken great efforts to help the people of Iran that have been left extremely vulnerable by the mullahs’ regime.