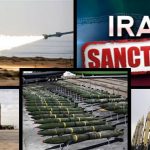 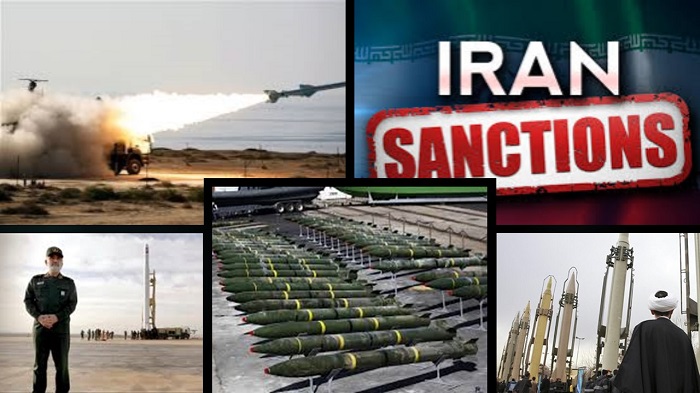 There couldn’t be a worse time for launching military satellites while Iran faces one of the worst humanitarian disasters in modern history. Not only is it an insult to the Iranian people who are having to deal with COVID-19 with hardly any help from the Iranian regime, but the United Nations has already issued a warning to Iran not to launch devices that could act as launching devices for nuclear weapons.

This satellite launching has upset the Americans too and it is expected that the current United Nations embargo on selling arms to Iran is likely to be extended beyond its expiry date in October.

While the embargo is current this hasn’t prevented the Iranian regime conducting research on expanding the range and accuracy of rockets used by several militant proxies including the following:

There is evidence that shows the Islamic Revolutionary Guard Corps (IRGC) is allegedly smuggling arms to the above groups and this would no doubt accelerate if the UN was to lift the current embargo. The IRGC’s satellite launch highlights this danger and implies that several U.S. and European assets in the Middle East and elsewhere could be made accessible to many terrorist groups in the future. If the embargo on arms isn’t extended, then it gives Iran the license to do exactly what it wants. This could end up in nuclear weapons getting into the hands of the wrong people with no way of stopping potential devastation if they were used. One could ignore the current antics of the Iranian Regime but there is no telling at what cost.

So far, the US-led sanctions and the U.N. arms embargo have occurred at the same time. However, the 2015 nuclear deal threatens this, as those in Europe want to keep it ongoing even though in 2018 the U.S. withdrew its support. This appears to be the main reason why it is not easy for the White House to get the embargo extended.

It is the Security Council that decides on how long the embargo should be and at present Russia and China don’t want to see any changes. The other permanent council members can but hope that this matter is pursued by using the conditions in the nuclear deal that spontaneously puts all multilateral sanctions back to where they were as soon as it is affirmed that Iran is clearly in violation.

Mullahs are desperately trying to either ease or lift the International #sanctions to Continue their bloody dictatorship.https://t.co/y1HupUdjTA@USAdarFarsi #Iran #MEK #coronavirus pic.twitter.com/E8FCn9sJBv

The United States can’t do much about the matter as it chose to exit the deal earlier. However, Britain, Germany, and France started the process earlier in the year when Iran decided it was no longer going to conform to any restrictions set on nuclear enrichment and stockpiling. So far little has been done and Josep Borrell, the European Union’s head of foreign policy has recommended extensions to resolve the matter with no final date set. The likely result is that the embargo will not get extended which will threaten Middle East security in the long term. It appears that European leaders do not have any idea whatsoever of the possible result if the embargo is allowed to expire.

The whole matter of sanctions being extended to Iran has been overshadowed by COVID-19 where some European lawmakers believe that sanctions should be lifted to help Iran to deal more effectively with COVID-19.  However, any intention to do that shows a lack of understanding as to where the cash is going, which is highlighted by the IGRC’s recent expensive military satellite launch. Also, humanitarian aid isn’t included in the sanctions so there is no reason why Iran cannot get resources from outside to help alleviate the health crisis that has been unfolding in the country for several months. The reality is that according to a report recently released by The National Council of Resistance of Iran (NCRI) Iran doesn’t need outside aid because the current regime is accumulating wealth that is funding its political campaigns to keep it in power instead of distributing the country’s collective wealth into the hands of the ordinary Iranian who needs it the most.

Misusing the #coronavirus crisis, the #Iran regime tries to either ease or lift the international economic #sanctions.https://t.co/UNVtmWyGV4#MEK @USAdarFarsi pic.twitter.com/TOwzQApDyg

In conclusion, the space-launch isn’t only seen as being provocative, but it is a sign of the kinds of projects that could well benefit from any new dispensations that are given to the Iranian regime. United States lawmakers allegedly know what’s going on, but because their European allies are doing little to address the potential threat from Iran, nothing has been done and isn’t likely to be unless the United States steps in.