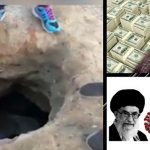 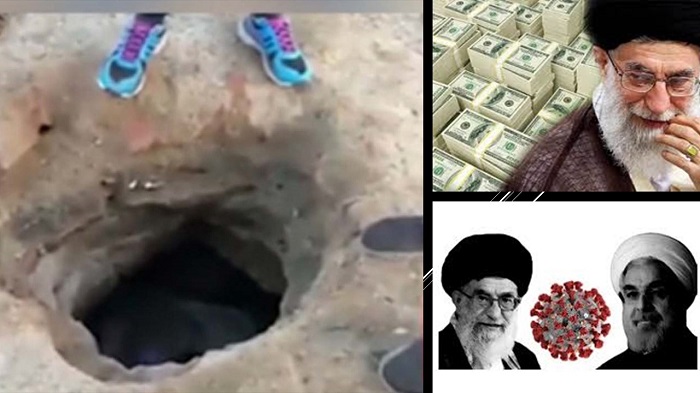 Iranians are reacting with outrage to a video posted on the state-run Hamshahri TV network’s website on April 20 that revealed the existence of a group of “underground dwellers” in Iran. The video, which was filmed on March 16, provided a glimpse into the lives of a group of homeless people just outside of Tehran who tunneled under the ground out of desperation to create some kind of shelter.

Images such as the ones seen in this video are not uncommon in Iran, where poverty and lack of governmental support drive homeless people to sleep in tunnels, under bridges, and even in open graves. The timing of this video’s release has deepened the sense of outrage felt by Iranian society. The cramped conditions and unsanitary practices found within the tunnels provide the perfect conditions for the coronavirus to spread, endangering both those living in the tunnels and the Iranian people as a whole.

Scenes of poor Iranians living as "underground dwellers" has sent shockwaves across #Iran, especially during the #coronavirus crisis.https://t.co/fWugX4SEEC

Also, public resentment continues to spread about the failure of regime-controlled institutions to provide financial assistance to the Iranian people during the coronavirus crisis. The virus has made the gap between rich and poor even wider, and the people are angry to see more confirmation of this. So-called charitable foundations hold billions of dollars in funds that are being withheld while the Iranian people starve and live in holes dug under the ground.

Even state-run media is beginning to question the corruption and greed of the government. On April 9, the state-run Jomhuri-ye Eslami daily published an editorial by its editor-in-chief, Massih Mohajer, that read: “Considering the economic recession caused by the coronavirus, what will the big financial institutions such as the Execution of Imam Khomeini’s Order, the Mostazafan Foundation of Islamic Revolution and Astan Quds do if they do not spend their money for the impoverished people?”

Regime Supreme Leader Ali Khamenei controls billions of dollars worth of assets through several companies and institutions, all of which have been stolen from the Iranian people. He has so far refused to give any of this stolen money to fight the coronavirus. On April 22, the MEK Iran announced that 33,800 people in 295 cities have died from the coronavirus in Iran.

Reports from the MEK Iran network inside Iran indicated that regime security forces demolished makeshift houses of people in Khorramabad Province. Many of the victims of the attack lost their homes in floods and have not received any assistance in rebuilding or finding shelter. Now, what shelter they had managed to construct is gone.

Mrs. Maryam Rajavi, President-elect of the National Council of Resistance of Iran (NCRI), was succinct in her description of the regime when she said: “The mullahs are annihilators of Iran’s economy and its human and material resources.”