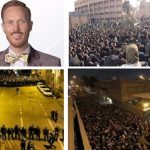 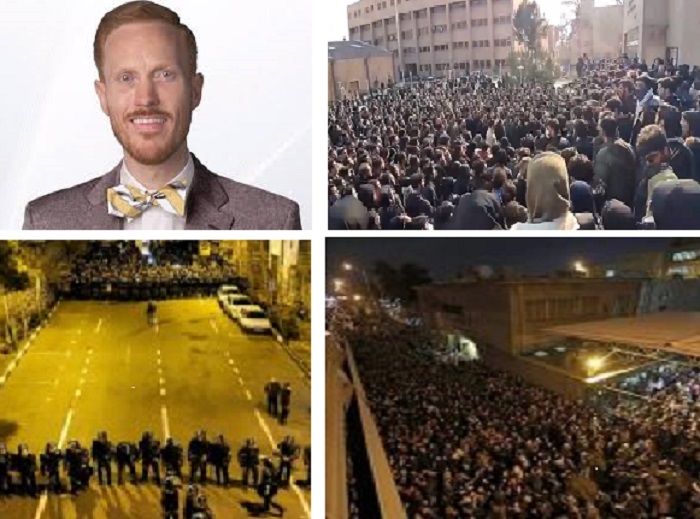 Professor Ivan Sascha Sheehan published an opinion piece on the Fox News website on Tuesday arguing that mainstream media reports about protests in Iran have failed to note the anti-regime sentiment that has characterized public protests over the past two years, which underlies the “stark divisions between the Iranian people and the country’s ruling theocracy.”

The most recent protests in Iran broke out after Iranian regime president Hassan Rouhani publicly admitted that Iran had shot down a passenger plane shortly after takeoff, killing all 176 people on board. University students, in particular, reacted with outrage, taking to the streets to demand accountability from regime officials who had insisted for days that the crash was caused by technical problems and only acknowledged the truth after incontrovertible evidence reached the public. Sheehan argued that the regime’s denials further eroded its credibility with the people, adding to the public outrage.

Students at the Sharif Industrial University continued to protest. The students have been voicing their indignation at the downing of the Ukraine International Airlines flight PS752 in which 176 people died.https://t.co/BEdegLH08i#Iran #IranProtest2020 #MEK @USAdarFarsi pic.twitter.com/VmYPoA9kfX

The protests, which began as a response to the downed plane, soon morphed into more general anti-regime demonstrations, wrote Sheehan. People are now chanting, ‘Commander-in-Chief of the Armed Forces, resign, resign!” and

“‘IRGC commits a crime, the Supreme Leader supports it!”

The transformation of these protests from a singular focus to anti-regime resentment is a common pattern in Iranian protests. “Public demonstrations in the Islamic Republic seldom remain focused on the specific issues that spark them precisely because Iranians understand that the root of their problems is the regime that governs them,” Sheehan explained.

The same situation unfolded last November when the Iranian regime announced a massive gasoline price hike, sparking widespread public outrage and triggering protests in 190 cities. The demonstrations almost immediately turned to calls for regime change, with chants of “Death to the dictator!” shouted in the streets and written on signs.

MEK Iran’s Resistance Units helped organize and lead the protests on the ground and bypassed the regime’s Internet shutdown to bring news, images, and videos of the protests to the outside world. The international community watched in horror as security forces and the Revolutionary Guards (IRGC) opened fire on crowds of people, killing over 1,500, wrote Sheehan.

Sheehan warned that the world should not confuse broad anti-regime sentiment with the more narrowly-focused grievance, nor should they assume that the people are no longer dissatisfied once protests have been suppressed by the regime’s security forces.

He also noted that the momentum of the recent protests in Iran and the speed with which they turned their anger against the regime suggest that the country is ready for wholesale change.

If ever there was a time that the people of Iran could make such a change, this is it. According to Sheehan, “The regime now faces greater pressure from both inside and outside its borders than at any since its inception in 1979.”

In 2018 Maryam Rajavi, the President of the National Council of Resistance of Iran (NCRI), predicted that the 2017/2018 Uprising would lead to a rise in anti-regime sentiment. She said that 2018 would bring a “year full of uprisings,” with protests at the local level organized by MEK Iran and its Resistance Units keeping the message of regime change alive until another trigger would cause the people to rise up again. Mrs. Rajavi was correct in her prediction.

Sources affiliated to the #MEK declared that there were 3530 recorded Iran protests in 2019 with an average of 294 protests a month, and 10 protests a day. https://t.co/o9VfbI3nly#Iran #IranProtests #FreeIran2020 @USAdarFarsi pic.twitter.com/QbEI88S9ps