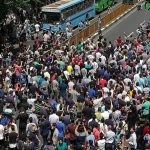 MEK-Iran: Is the Iranian regime able to retreat? 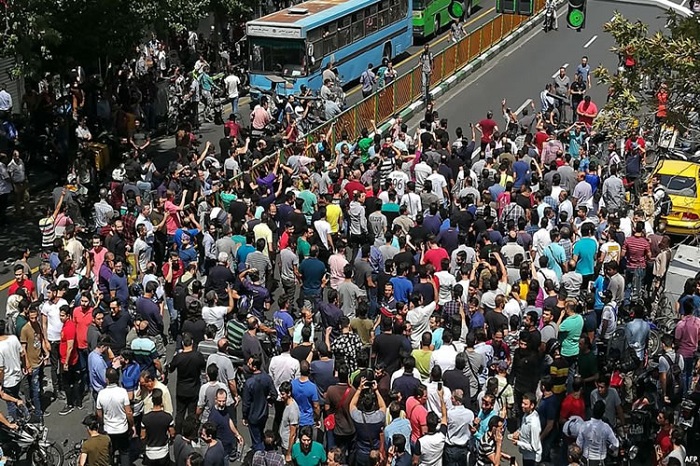 Archive photo: Iranian protests against the then economic situation in January 2018 turned to nationwide protests calling for overthrowing the Iranian regime

The recent European initiative to explore options for enticing the Iranian regime back into full compliance with the Joint Comprehensive Plan of Action (JCPOA) and to facilitate a possible US-Iran rapprochement, has provoked many questions. Does the Iranian regime have the capacity to act like a normal state, something the US Secretary of State Mike Pompeo has asked? And, what are the associated challenges that the mullahs face? This is the central question confronting the mullahs’ supreme leader Ali Khamenei because it is tied to the regime’s survival.

.@SecPompeo with Karen Campbell of @NBC WTHR: "We want #Iran to be a normal nation. We want the people of Iran to be successful in changing the behavior of their leadership. When they do that, we’re happy to sit down at the table." https://t.co/TCG8QKf15V pic.twitter.com/AHKbZTuzEf

The current state of the Iranian regime

The current state of the regime is completely different than in 2015 when the JCPOA was signed between Tehran and the P5+1. This is because, first, the clerical regime is encircled by existential internal and external crises, and its strategic reserves are rapidly depleting. As these crises compound, the situation becomes increasingly more irreversible and fatal. Second, the policy of appeasement has failed, despite the shocking concessions doled out to the regime by the western powers. And third, the current US administration’s position toward the regime stands in stark contrast relative to its predecessor.

At a cabinet meeting on Tuesday, the mullahs’ president Hassan Rouhani dismissed a proposal presented by Europeans to save the 2015 nuclear deal and said the regime “will announce the third step, which is of incredible significance and will accelerate the activities of Iran’s Atomic Energy Organization.” This was in reference to a plan proposed by French President Emmanuel Macron, that aimed at providing a $15 billion line of credit to Tehran in return for the mullahs’ acceptance to refrain from adopting additional measures that violate the nuclear deal.

The regime’s Foreign Ministry spokesman Abbas Mousavi said with respect to the so-called ‘third step’ that “it will be stronger than the first and second steps. … If we do not witness the necessary will from the European parties to return to their JCPOA commitments, we will take our third step.”

Regime officials know full well that when they implement further JCPOA violations, their circumstances will become much more precarious. However, they do not have many other options. Their remarks reveal their intentions to carry out nuclear blackmail with the aim of continuing their nuclear ambitions seeing this their only way out of the deepening internal crisis.

Having failed at piracy, Iran resorts to outright blackmail – deliver us $15 billion or we will further our nuclear developments. Sounds very similar to the threats Iran made a couple months back. It is becoming a pattern. #NuclearExtortion https://t.co/4FjC57wmsd

There is no concrete evidence of a forthcoming thaw in US-Iran relations. This week, the US blacklisted what it called an “oil for terror” shipping network directed by the Islamic Revolutionary Guard Corps (IRGC). The US Treasury Department said in a statement on September 4, 2019: “The Department of the Treasury’s Office of Foreign Assets Control (OFAC) took action against a large shipping network that is directed by and financially supports the Islamic Revolutionary Guard Corps-Qods Force (IRGC-QF) and its terrorist proxy Hizballah.”

Treasury Secretary Steven Mnuchin said: “Iran continues to take provocative actions to destabilize the region and the world. Treasury’s action against this sprawling petroleum network makes it explicitly clear that those purchasing Iranian oil are directly supporting Iran’s militant and terrorist arm, the IRGC-Qods Force. … Our actions over the last two weeks should serve as a strong warning to anyone considering facilitating the Qods Force’s oil sales that there will be swift consequences.”

.@POTUS has made it clear that we are standing up to Iran’s provocative actions against the U.S. and our allies. We will continue to apply maximum pressure on Iran until it ceases sponsoring terror and its pursuit of nuclear weapons. https://t.co/PwoqiGVz2E

In truth, the Iranian regime desperately needs a deal. However, it is too fragile and unstable to endure its consequences. Owing to ongoing domestic protests and dire economic conditions, the regime is at the weakest point in its history, putting Khamenei at a significant impasse. Any conceivable retreat would encourage more popular demands and social protests, something that terrifies the unpopular and illegitimate clerical rulers the most.

Khamenei has repeatedly said that neither the US nor the regime seeks war. The only major source of panic for the Iranian regime is the homegrown opposition, the Mujahedin-e Khalq (MEK), as well as the formidable political coalition of the National Council of Resistance of Iran (NCRI), which acts as the most viable democratic alternative to the theocracy. With the MEK’s capabilities to lead and organize national protests (as Khamenei himself publicly warned in January 2018) that is why over the past four decades, the top priority for the regime’s security policy has been to annihilate the MEK.