Iran’s resistance movement will overthrow the mullahs’ tyrannical regime, but the international community can help, according to a member of the Resistance Units in a recent interview with Just The News.

.Khosrow, who is assisting in the organization of anti-regime demonstrations, stated that the Iranian people have always relied on themselves to build a free Iran and do not expect anyone else to do so for them.”However, as a representative of the Resistance Units, we want the United States and the international community to end their appeasement policy toward the regime and impose sanctions on this octopus, which has so many hands and causes so much death and destruction,” he said. 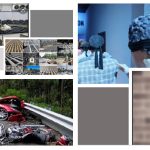 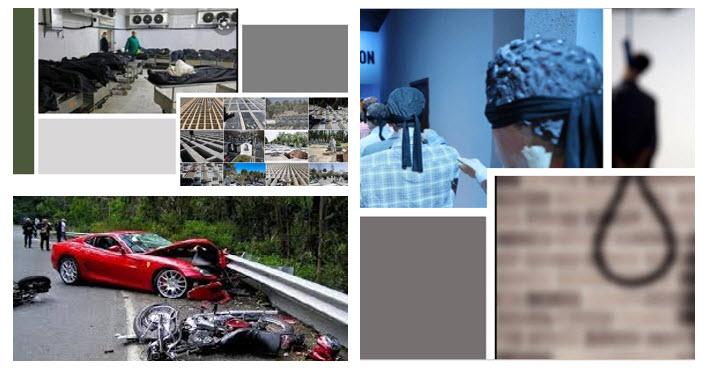 The mullahs’ regime in Iran has turned killing people into a hobby. From the coronavirus death rate, which has surpassed that of any other country in the world after two years, to the number of executions and arbitrary killings.

The mullahs’ regime in Iran has turned killing people into a hobby. From the coronavirus death rate, which has surpassed that of any other country in the world after two years, to the number of executions and arbitrary killings, which has increased daily since Ebrahim Raisi became the regime’s president last August, and finally, the death rate due to road accidents. According to the Iranian regime’s economic experts, damages caused by road accidents in the country are wasting about 8 percent of the country’s GDP. As per them, the regime’s government is allocating nine to eleven percent of its financial resources to deal with the consequences of road accidents. 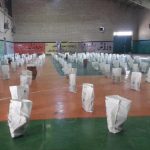 Written by Amineh Qaraee on March 7, 2022. Posted in NEWS 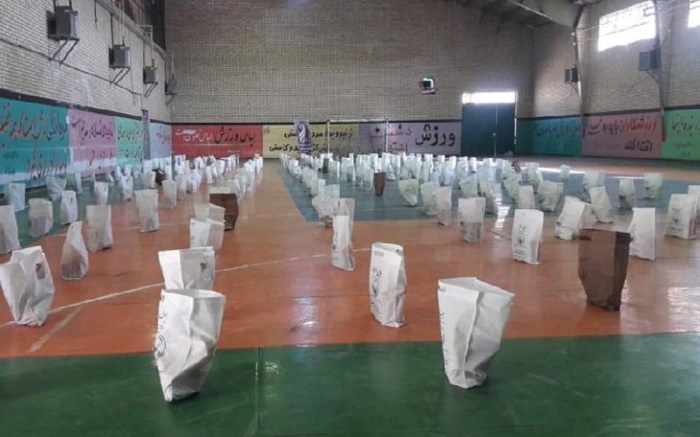 Iran’s charities are so profitable that some of the regime’s clerics have quit their professions to start their own or have been hired by some of them and added to the payroll.

The mullahs have established another means to loot the wealth of the Iranian people.  These are government-run charities that are heavily involved in money laundering, tax-free import-export, and other nefarious financial activities. The state-run Aftab-e Yazd daily published an article headlined “Why Iranian politicians are interested in creating a charity” that highlighted regime leaders who are launching private organizations to further plunder Iranian society. MEK Iran: Mullahs Under Pressure so Resort to Threats Over Charged Diplomat

Written by Esmail Mohades on October 12, 2020. Posted in NEWS 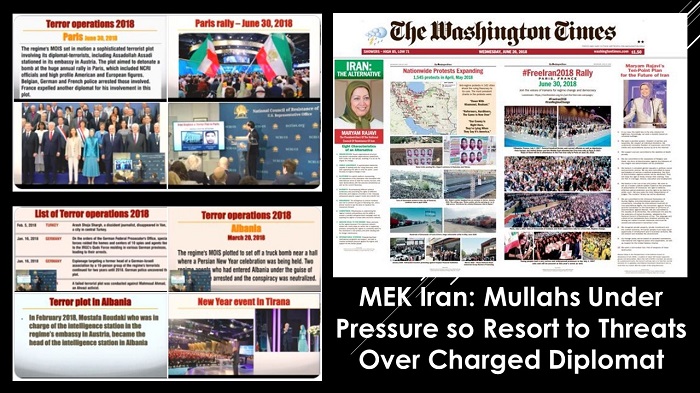 The bombing plot was conceived in frustration after the regime has seen the survival of the (MEK  Iran / PMOI) as an effective organization after their transfer from Baghdad to Albania and the upsurge in protests against them on home soil. This frustration led to the failed assassination attempt of the NCRI’s president-elect, Mrs. Maryam Rajavi, as well as hundreds of supporters of the MEK, at the Villepinte (France) rally and foreign guests.

The Iranian regime is worried about the impending trial of one of its official terrorists, masquerading as an Iranian diplomat. The trial of Asadollah Assadi in Belgium next month could see an Iranian diplomat convicted of terrorism charges for the first time in its history. 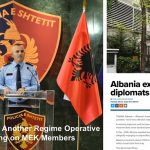 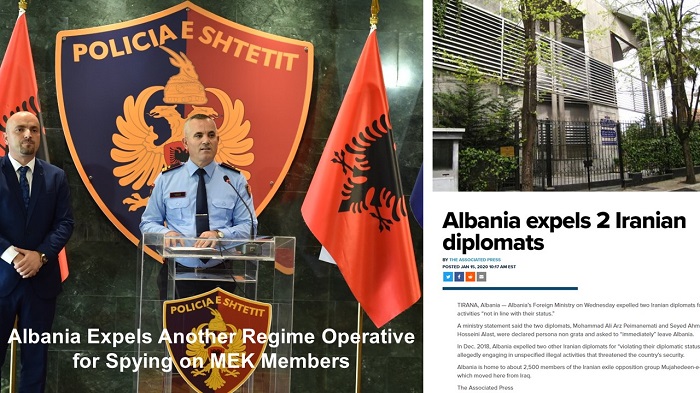 Another Iranian MOIS operative aiming to penetrate into the ranks of MEK members expels from Albania.

The Albanian government took decisive action against an Iranian Ministry of Intelligence and Security (MOIS) agent on Wednesday. Albania’s Top Channel News reported the decision in a Wednesday broadcast. 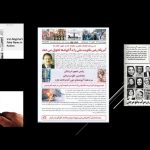 Fake News is Second Nature to the Iranian Regime 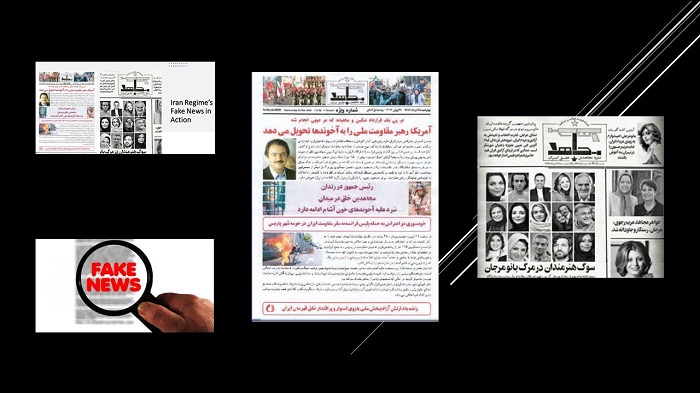 Iranian regime campaign of lies about supporters of Marjan inside Iran, insinuating that they were all members of the MEK.

The Iranian regime has taken a leaf out of the advice that Hitler’s right-hand man, Joseph Goebbels, once gave: “Tell a lie that is big enough and repeat it often enough and the whole world will believe it.” 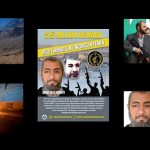 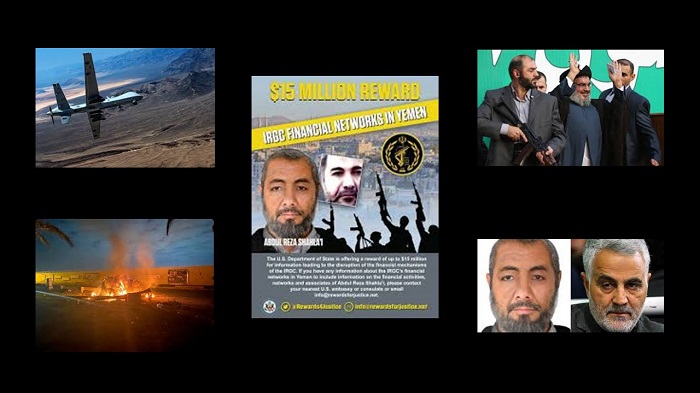 MEK Iran: Sahraroudi, was involved in 1989 assassination of the Kurdish leader.

Abdolreza Shahlaei was born in Kermanshah in 1957. He joined the IRGC in 1979 and took part in the IRGC’s extraterritorial operations at the Ramazan base. In recent months, two U.S. officials have told Reuters that on the same night that Qassem Soleimani, commander of the Quds Force in Baghdad, was targeted by a U.S. drone strike and killed, another attack was carried out in Yemen to kill Brigadier General Abdul Reza Shahlaiei, but he allegedly survived the attack. 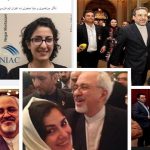 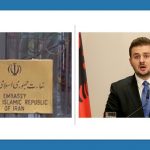 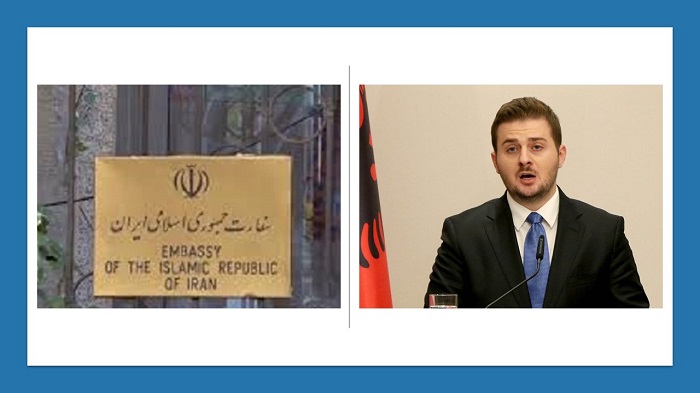 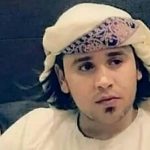 Written by Mohsen Aboutalebi on November 15, 2019. Posted in NEWS 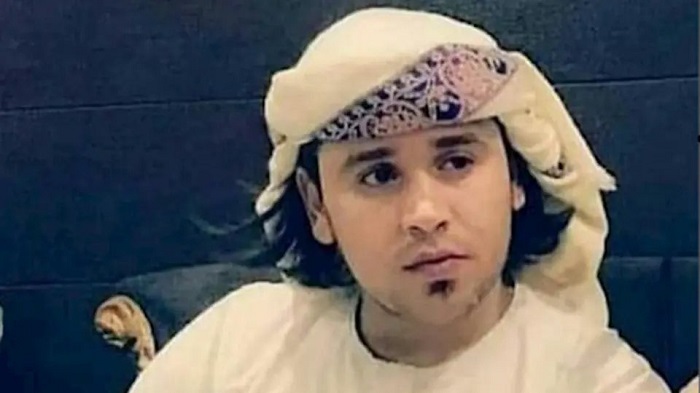 Hassan Heidari, the young poet, killed by the MOIS agents in Ahvaz

Following the dubious death of a young poet, Hassan Heidari, 29, on Monday, November 10, angry people took to the streets in Shadegan-Ahvaz, blocking the roads.

Confronting the angry people, the Iranian regime deployed its suppressive security forces in the streets. In the face of oppressive forces, the defiant youth torched lights and blocked the roads.

About the dubious death of Hassan Heidari, one of his relatives said: ” First, Hassan felt he was suffering from food poisoning, so we took him to the hospital, at midnight. Nurses tried to help him, however, he suffered a shock and died subsequently. We were told he died due to poisoning.”

“He was a full-bodied healthy man and he had no heart problems and illnesses what-so-ever. The Iranian Regime’s Ministry of Intelligence (MOIS) is responsible for his death.” The relative added.

Because of his poems, Hassan Heidari had been arrested by the notorious agents of the MOIS several times in Ahvaz. He was arrested in August for the last time and later released on bail.

According to the reports, the defiant youth of Ahvaz joined the protesters in Shadegan.

Al-Arabiya TV reported a night of protest in Ahvaz. Al-Arabiya added that following the news about the assassination of a poet, Hassan Heidari, hundreds took to the streets at night, blaming the authorities for the assassination. The social media activists posted images and videos showing hundreds of youth marching in Ahvaz’s streets chanting slogans against the authorities asking for the reason for the death of the young poet who had been arrested for his political poems and his activities in favor of his countrymen. The protesters blocked the main roads.

The young people in Ahvaz continued marching toward the main squares of the city chanting: “Ahvaz, rise up”.

People in Shadegan continued protesting until the early morning of November 11.

This is not the first time the Iranian regime assassinates dissidents. The Mullahs try to intimidate the society and silence dissidents; however, the events in Ahvaz and Shadegan once again proved that these assassinations just fuel the protests against this cruel regime.

This is the nature of mullahs’ regime, on the one hand, it kills its own people, and on the other hand, suppresses and kills the people of other states like Iraq and Lebanon by its proxy forces.

Committing a massacre in 1988 in which 30,000 of Mujahedin-e Khalq (PMOI/MEK) members and supporters were slaughtered, killing and imprisoning journalists and environmental activists, meddling, and fueling terrorism in neighboring countries are just a part of this regime’s record in the past four decades. In recent uprisings in Iraq and Lebanon people demand eviction of the Iranian regime of their countries.