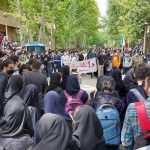 Written by Mohsen Aboutalebi on December 28, 2022. Posted in NEWS 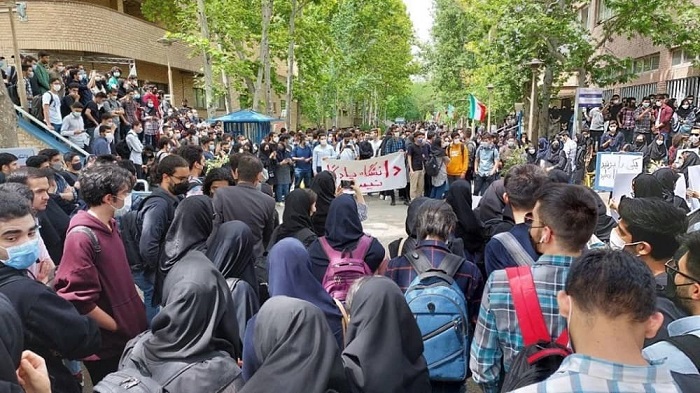 The officials’ efforts to deceive their disgruntled forces, they eventually get the short end of the stick, as the hard facts on the ground remove any doubt about the regime’s dark future as the uprising continues.

Iran’s nationwide protests have lasted 100 days, and with no socioeconomic or political solutions in sight, there is no sign of a respite in the near future. Protests began after the tragic death of Mahsa Amini in morality police custody and quickly evolved into what many consider a revolution, with people resisting the regime’s brutal oppression. The security forces have been frustrated by the Iranian people’s unwavering determination to overthrow the regime at any cost, as well as the role of Iran’s organized opposition as the driving force behind the uprising. Authorities and state-run media continue their “victory” rhetoric in the absence of any solution to quell society and control the uprising.

Furthermore, the Javan newspaper, which is affiliated with the Revolutionary Guards (IRGC), promised security forces that the “riots would fail.” It’s worth noting that the IRGC’s commander-in-chief, Hossein Salami, has repeatedly boasted about successfully “wrapping up” protests, only to have another round of protests erupt hours later.

According to reports tallied by the Iranian opposition People’s Mojahedin of Iran (PMOI/MEK) on Friday and Saturday, there were dozens of anti-regime demonstrations across Iran. In addition, defiant youth in several cities, including Babol, Isfahan, Saveh, and Tabriz, set fire to the regime’s symbols and the IRGC paramilitary Basij bases.

On Saturday, anti-regime protests erupted in several districts of Tehran and Shiraz, with people chanting slogans such as “Death to the dictator” and “Death to Khamenei,” denouncing the regime and its vicious supreme leader Ali Khamenei. On Friday, brave Baluchi citizens in Sistan and Baluchestan province continued their protests, with women making an increasingly visible contribution.

After four months of brutality that resulted in the deaths of over 750 innocent protesters and the arrest of many more, Iran’s dictator Khamenei has found himself and his regime in a lethal deadlock. The situation has deteriorated to the point where authorities and tightly controlled state media warn their followers of the revolution’s bleak future.

“Officials should not believe that everything is under control and that everything is back on track. Don’t waste your time on false claims and rhetoric. “Stop this naive notion that you can solve the problem and end this matter through execution, oppression, and torture,” the state-run Jomhuri-e Eslami daily warned on December 25.

In a letter dated December 25, Hossein Ansari Rad, a former MP and top official, warned Khamenei while acknowledging public hostility toward the regime.

“This [uprising] is a small flame of a larger fire of wrath, unhappiness, and mistrust due to the corrupt mismanagement that left people’s vital demands unattended while trying to control their personal lives. At least 85% of the population supports these protests because they want a life free of torture and intimidation. If we do not act now, a huge explosion will occur, so please stop torturing and executing people in order to save the system,” he said.

The situation will clearly never be the same again, and the Iranian people’s main demand is regime change and the establishment of a democratic and secular government. As a result, the world community should support and recognize the legitimate demand, as well as the people’s right to self-determination and self-defense in the face of brutal oppression.