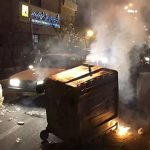 Written by Mohsen Aboutalebi on October 27, 2022. Posted in NEWS 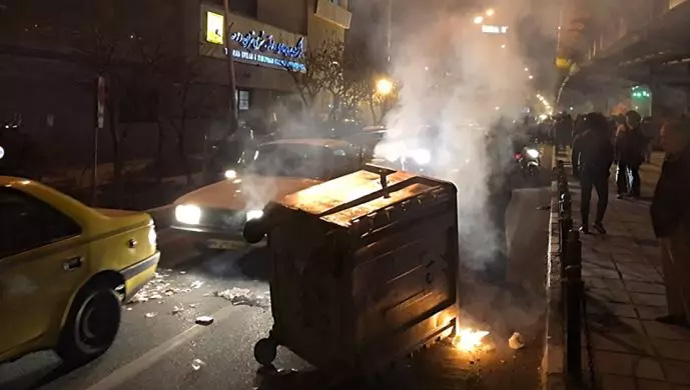 According to the latest reports protesters in at least 198 cities throughout Iran’s 31 provinces have taken to the streets for 40 days now seeking to overthrow the mullahs’ regime. Over 400 have been killed by regime security forces and at least 20,000 arrested, via sources affiliated to the Iranian opposition PMOI/MEK.

Tuesday marks the 40th day of Iran’s nationwide unwavering uprising, with people from all walks of life and across the country continuing to demand regime change. Protests have spread to at least 198 cities since the death of Mahsa Amini, a 22-year-old woman arrested by morality police in Tehran on September 13 for allegedly violating the country’s strict dress code for women. According to sources from the Iranian opposition People’s Mojahedin of Iran (PMOI/MEK), the regime’s forces have killed over 400 people and arrested over 20,000.

Students demonstrated in at least 30 universities across Iran, as they had done in previous days. On Tuesday, government spokesperson Ali Bahadori Jahromi paid a visit to Qom University as part of his ongoing propaganda efforts to quell the protests. Students demonstrated against him, chanting anti-regime slogans and obstructing his speech. “College students would rather die than live in infamy!” the students chanted, along with other anti-Basij and anti-regime propaganda.

Protests were held at the University of Allameh Tabataba’i, the University of Science and Technology, Beheshti University, the University of Tehran, Soore University, and Azad University. Students demonstrated with anti-regime slogans such as “Freedom! Freedom! Freedom!” “All these years of crimes!” and “Death to the dictator!” “Death to the regime of the mullahs!” Tarbiat Modares University students chanted in response to the recent massacre at Evin Prison, “Tehran has become a prison! “Evin Prison has turned into a slaughterhouse!”Students also demonstrated in Isfahan, Sabzevar, Ardabil, Shahr-e-Rey, Yazd, Ahvaz, and Babol. Protests were also reported at Tehran’s Teatr-e Shahr Metro Station, where demonstrators chanted anti-regime slogans.

On Monday, college students across the country continued their anti-regime protests. These protests are intensifying as students stand firm against the regime’s Revolutionary Guards (IRGC) paramilitary Basij, establishing their hegemony and demanding greater freedoms on campus. As seen in recent weeks, protesters take to the streets at night, where many are seen starting fires and gaining control of parts of their cities and towns.

An important development occurred at Tehran’s all-girls Sadr High School. Security agents assaulted schoolgirls while forcing them to undergo physical inspection and remove their clothes. Some of the schoolgirls were beaten severely and are now in critical condition. Their parents and other local residents rushed to the school and staged protests. Protesters were attacked by security forces, who fired tear gas at them.

“You must have patience and courage; Iran is controlled by a dictator, so the only way is to continue to resist,” said Prof. John Mather, director of the James Webb Telescope Project, in an online meeting with President-elect Maryam Rajavi of the National Council of Resistance of Iran (NCRI).

“We need to be free of criminals.” There is no reason for a terrorist organization to control a country’s entire government. Why should they be able to tell everyone what to do in every situation? Prof. Mather added, “They are criminals.” “I am a staunch supporter of the release of political prisoners.” People should not be tortured. It is inhumane, insane, evil, and contrary to all human ideals. That is something that no one should do. So, my heartfelt sympathies go out to all those arrested for supporting the Iranian revolution,” he continued.

Meeting with Physics Nobel laureate, Prof. John Mather, director of the James Webb Telescope Project
Prof Mather stated, “You must have patience and courage; Iran is controlled by a dictator, so the only way is continuing to resist.”#IranRevolution https://t.co/ofSukpVx2h pic.twitter.com/yIvgA8dXQ5

On Monday, freedom-loving Iranians and MEK supporters rallied in Berlin and London in solidarity with their compatriots throughout Iran. These Iranians in exile are urging the international community to adopt a tough stance toward Iran and support the Iranian people by abandoning their long-failed appeasement strategy.