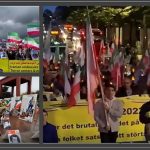 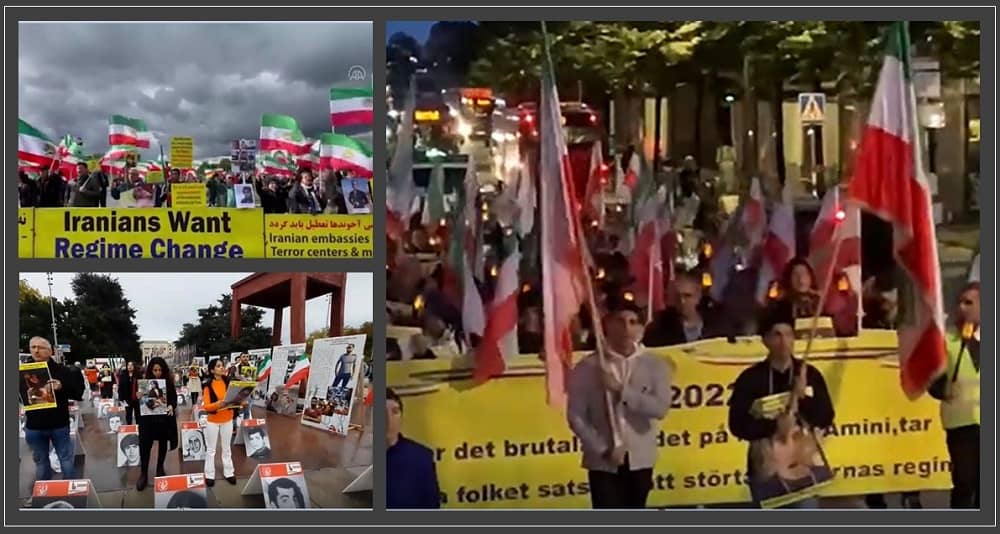 Demonstrations of Iranian Resistance (NCRI and MEK) Supporters in Stockholm, Geneva, and Berlin, in Support of the Iran Protests.

The efforts of the Iranian diaspora, who echo the voice of their compatriots in all seven continents, have helped the world to hear the cry of the Iranian people for change.

Iranians who support the People’s Mojahedin of Iran (PMOI/MEK) have recently staged daily demonstrations around the globe to demand that the international community uphold the right of the Iranian people to democracy and freedom.

Toronto, Paris, Berlin, London, Bern, Vienna, Amsterdam, The Hague, Brussels, San Francisco, and Atlanta are the most recent cities to report on these acts of solidarity.

After Mahsa Amini was killed by the so-called morality police of the regime, demonstrations broke out in Iran. More than 169 cities in all 31 provinces of Iran have reported protests and demonstrations to this point.

The MEK claims that over 300 protesters have died so far, and at least 15,000 more have been detained. Iranian protesters have persisted in their demonstrations despite the massive deployment of security forces into the streets, including the Revolutionary Guards (IRGC), the paramilitary Basij, plainclothes agents, and members and units of the Ministry of Intelligence and Security (MOIS). There have been numerous reports of violent hit-and-run conflicts between civilians and the security forces of the regime.

Despite the regime’s harsh crackdown, the demonstrations in Iran are now in their twelfth day. MEK supporters and pro-freedom Iranians chanted slogans in the streets of Tehran and other Iranian cities while holding pictures of the martyrs of the uprising.

They also carried placards calling on the world community to exert more pressure on the government and bring criminal charges against its top officials, including Ebrahim Raisi, the president of the mullahs, and Ali Khamenei, their supreme leader.

Supporters of the MEK and individuals from the Iranian diaspora also paid tribute to Mahsa Amini and also paid respect to the martyrs who fought for Iran’s freedom over the previous forty years.

Despite the regime’s best efforts to silence dissent within Iran and cut off Iranians from the outside world, it appears that the message of solidarity still manages to get through any filters and reach people thousands of kilometers away.

The nationwide #Iranprotests have expanded to 164 cities. Over 300 have been slain, and at least 15,000 arrested. The clerical regime is trying in vain to extinguish the flames of people’s fury. Its deadly clampdown only adds to the determination of Iranian youths. pic.twitter.com/txpHZCjq2T