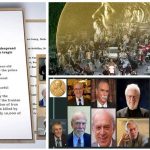 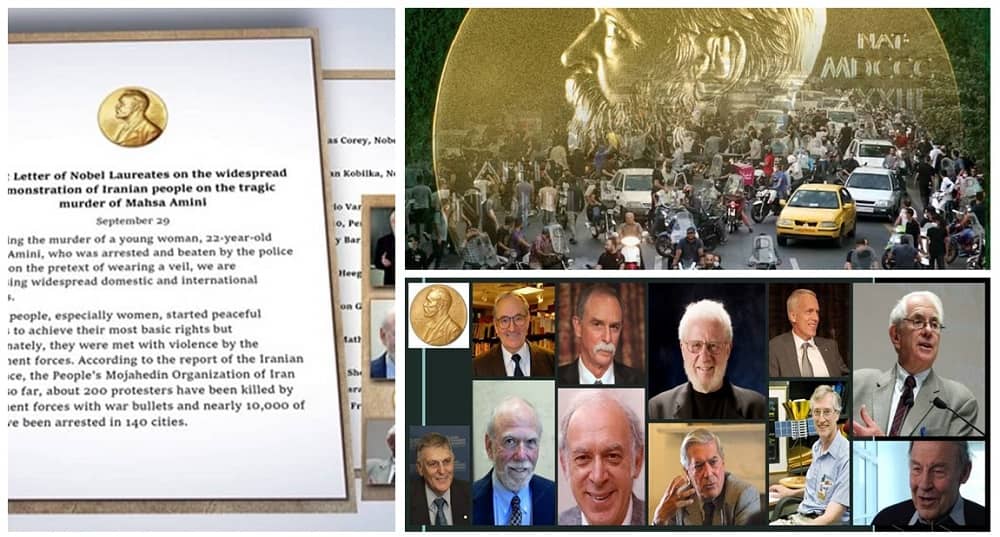 Eleven Nobel Laureates issued a joint letter and expressed their support for nationwide protests of the Iranian people.

Protests and demonstrations continued through Sunday night and early Monday morning local time in many Iranian cities for the tenth time in a row during this uprising. Despite the harsh crackdown carried out by the regime, which saw the use of force by the Revolutionary Guards (IRGC), Basij paramilitaries, and plainclothes agents against protesters. The Iranian capital Tehran as well as many of the nation’s major cities, including Tabriz, Shiraz, Mashhad, Isfahan, Rasht, and Karaj, hosted significant anti-regime demonstrations.

People’s Mojahedin of Iran (PMOI/MEK) opposition sources claim that protests have spread to 162 cities and that at least 240 protesters have been killed and over 12,000 more have been detained by security forces loyal to the regime. According to reports, hundreds or even thousands of people have been hurt by the security forces of the regime.

On Monday morning, protests were held at Tehran’s Tarbiat Modares University, where students called for the release of detained students and urged others to join the nationwide demonstrations.

According to reports, a large number of students have been detained, and the security apparatus of the regime is searching homes one by one to find and detain protesters.

The so-called “Guidance Patrol” of the regime detained Mahsa Amini, a 22-year-old resident of Saqqez in the western Iranian province of Kurdistan, on Tuesday, September 13. She was detained at the Haqqani Highway’s entrance and later taken to the “Moral Security” agency.

A teacher in Qeshm Island explains to the students that the classes will not be held until the students who have been detained during #IranProtests are released. #IranRevolution #MahsaAmini pic.twitter.com/xcPR3FyvBJ

Amini was violently assaulted by security guards in a van as she resisted being arrested; due to the seriousness of her wounds, she was taken to the Kasra Hospital in the city. Doctors discovered that Amini had a stroke and was brain dead after performing preliminary examinations. On September 16, a Friday, Amini passed away. Soon after, unrest broke out in a number of cities. Since then, protests have persisted and grown significantly.

There were also protests and demonstrations in the cities of Amol, Zahedan, Sanandaj, Shahinshahr, Kermanshah, Zanjan, Qom, Mehrshahr, Varamin, Shahr-e-Rey, Jonaqan, and others. To keep the regime’s security forces out of their neighborhoods, protesters are frequently seen setting fires and erecting roadblocks. Once on the ground, protesters are targeting the regime’s security forces, particularly IRGC units and plainclothes agents.

Just west of Tehran in Karaj, regime officials imposed power outages across much of the city to stop the protests from spreading. This only encouraged more people to join the anti-regime protests.

Maryam Rajavi, the president-elect of the Iranian opposition National Council of Resistance of Iran (NCRI), praised Iran’s brave protesters and urged the international community to denounce the regime’s harsh crackdown. “The people of Iran give life to the Universal Declaration of Human Rights by resisting a regime that tramples fundamental human rights. I urge the international community to condemn the clerical regime and support protesters,” she tweeted.

On Sunday, the UK-based internet monitoring group Netblocks continued to report on the internet outages caused by the mullahs’ regime. Netblocks tracks network outages and shutdowns around the globe.

They stated on Twitter that “Real-time metrics show a nationwide disruption to Mobinnet, one of Iran’s largest network operators, as widespread internet platform restrictions and rolling blackouts persist amid protests.”

On the 13th day of #IranProtests, women and young people remain furious. Youths in Tehran, Mashhad, Najafabad, and other cities challenge the security forces. Their chants of “death to the dictator” resonate in Tehran, calling to end Khamenei’s rule. #IranRevolution pic.twitter.com/TaLfwz05D0