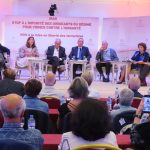 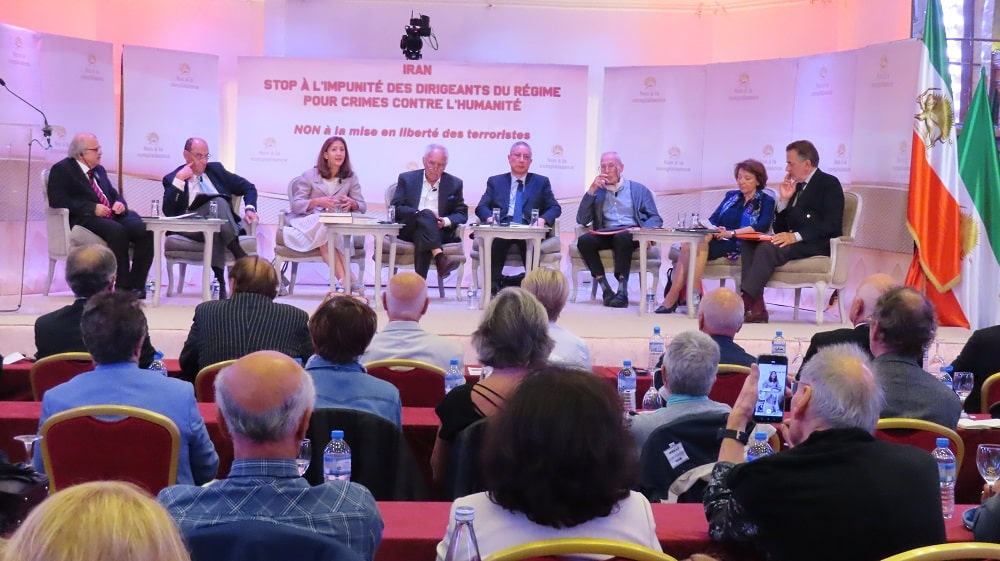 NCRI President-elect Mrs. Maryam Rajavi addressed the conference in Paris and said: “For many years, Western governments claimed that they appeased the clerical regime to support the moderates. Of course, we said from the outset that moderation in the ruling religious dictatorship is a big lie. Now the mullahs have put away the mask of moderation. Instead, Khamenei has appointed one of the executioners of the 1988 massacre as the regime’s president.”

“And now, this criminal is scheduled to attend the UN General Assembly in New York. It would be a shame for humanity to allow a criminal whose hands are stained with the blood of thousands of innocent prisoners to address the General Assembly,” Mrs. Rajavi added.

The French publication of a book about the regime’s president, Ebrahim Raisi, and his career was also highlighted by the NCRI during the international event. Another contentious topic in Europe is the Tehran-Brussels agreement, which could result in the release of four Iranian state terrorists who are currently detained in Belgium for conspiring to detonate explosives during the 2018 Free Iran World Summit. 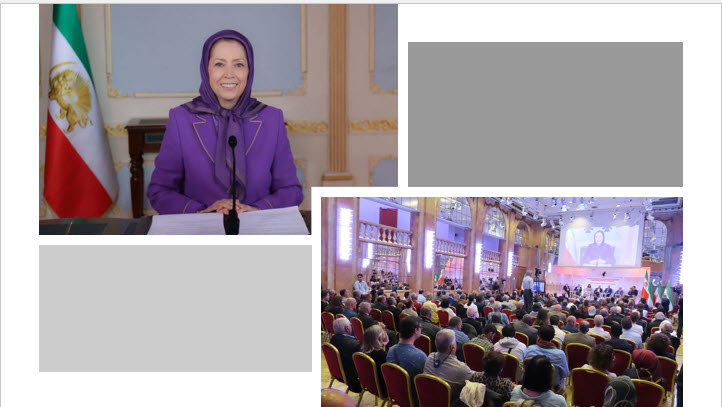 NCRI President-elect Mrs. Maryam Rajavi addressed the conference in Paris and said: “For many years, Western governments claimed that they appeased the clerical regime to support the moderates. Of course, we said from the outset that moderation in the ruling religious dictatorship is a big lie.

“The most recent example is the treaty between Belgium and the Iranian regime to exchange prisoners. Based on this treaty, the Belgian government intends to send a diplomat-terrorist back to Iran. The same man led the plot for the massacre of participants in the Iranian Resistance’s summit in Villepinte, near Paris in 2018. The treaty, whose real objective was the release of this terrorist and was in reality approved to facilitate a disgraceful exchange, amounted to a law that granted impunity to the mullahs’ state-sponsored terrorism.”

End impunity for the most dangerous terrorist state
Message to a conference attended by French personalities and legislators in Paris#DontFreeTerrorists #ProsecuteRaisiNOW #NoVisa4Raisi https://t.co/qHCH34PTzkhttps://t.co/smsUVKbOuV

“It is time for different nations, especially in Europe and the U.S., to stop turning a blind eye to the regime’s dozens of terrorist activities. The mullahs’ embassies, centers of espionage and terrorism, must be closed. Political and economic relations with this regime must be predicated on a halt in executions and export of terrorism. The Ministry of Intelligence and the IRGC must be designated as terrorists, their agents must be prosecuted and deported, and their European citizenships must be revoked. It is time for the international community to hold the mullahs’ regime accountable.” she concluded.