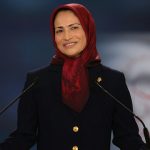 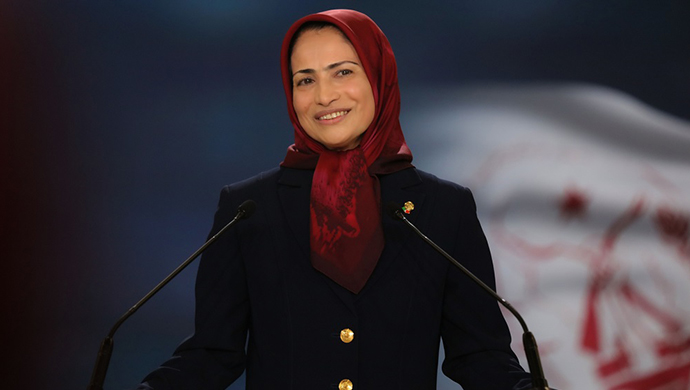 “Marking the beginning of the 57th year of the founding of the [MEK], we pay homage to the pioneers of the true revolution of the Iranian people, our great founders, Mohammad Hanifnejad, Saeid Mohsen, and Ali Asghar Badizadegan, and we hail the standard bearer of their glorious path,  Massoud Rajavi.

“As such, since its inception, the Mojahedin’s historical and ideological position was the opposite of the fundamentalist mullahs. True to that ideological position, we rejected the Shah’s reign and the mullahs’ rule. The past century has seen our nation suffer under the rule of four brutal tyrants, but it has also seen the birth of a movement that has deep roots, is continuously growing and has a brilliant future.

“The Mojahedin’s near-six-decade endeavor contains great experience and lessons in the struggle for freedom. In these six decades, the MEK has successfully overcome many trials and tribulations, from the blow dealt by the Shah’s SAVAK in 1971 to destroy the organization by executing its founders, to its struggle against the Khomeini regime, the execution of its members in the 1980s and the massacre of political prisoners in 1988, to the horrific aerial air strikes on its bases in Iraq during the invasion of Iraq in 2003, and the disarmament of its members and the 14-year siege on camps Ashraf and Liberty in Iraq in the ensuing years. 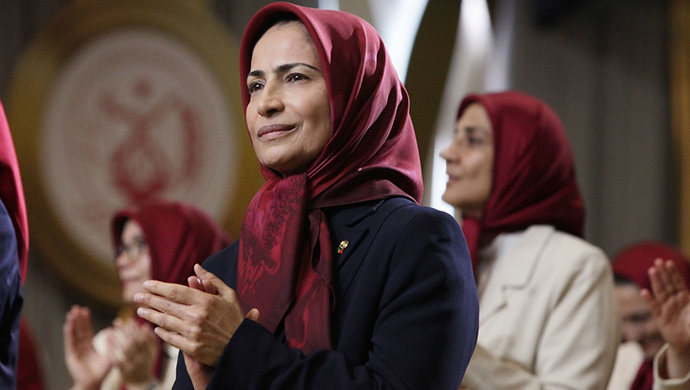 Zahra Merrikhi : “ The question is, how to preserve and continue a progressive and forward-looking movement? And the greater question is, how can one help the Iranian people achieve freedom?”

“What has given the MEK the strength to stay true to its ideals of freedom and equality, symbolized by its Central Council, composed entirely of competent and enlightened women?

“The MEK has found the answer, first and foremost, in overhauling their patriarchal worldview, which was the key to preserving this democratic movement and critical to overcoming hardships while advancing in the face of the most difficult situations.

“The regime’s supreme leader and his henchmen claim that revolution and regime change will not happen again. Ali Khamenei recently said that his God is the God of his predecessor Khomeini, who suppressed women and carried out mass executions in the 1980s. But the God of the MEK is the God of Abraham, who broke the idols; of Moses, who overthrew and drowned the Pharaoh; and of Mohammed, who broke the idols and cleansed the Kaaba. And the MEK’s vision is a democratic and free Iran led by Maryam Rajavi.

“The inspiration for the MEK’s ideological transformation was and is the overthrow of the mullahs’ regime, which the organization is working towards every minute of every day… The mullahs’ history of fundamentalism, exploitation, misogyny, and brutal crackdown on the MEK have revealed their evil nature. But their ploys have no effect and will backfire on themselves,” Ms. Zahra Merrikhi speech concluded.