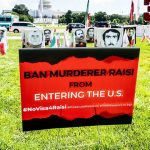 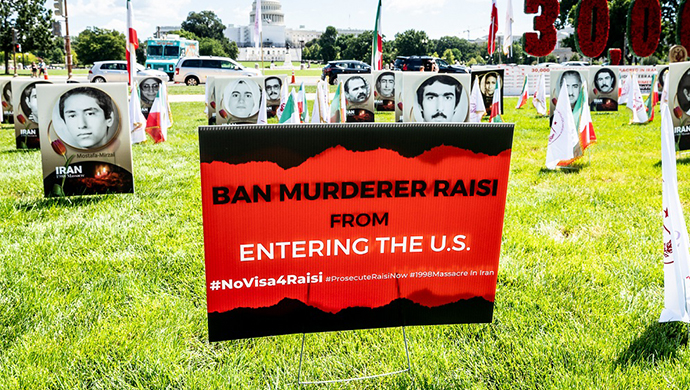 It would also signal the US government’s willingness to overlook Raisi’s terrorist and other criminal activities, which led to so many Iranians rejecting his unopposed presidential candidacy.

President of the Iranian regime Ebrahim Raisi is reportedly planning to attend the UN General Assembly in New York the following month. Given that his “election” last year had the lowest voter turnout in the mullahs’ regime’s history, his attendance at that event would give him an undue air of legitimacy.

Raisi was referred to as the “butcher of Tehran” by many Iranian activists who demanded a widespread boycott of the elections in June 2021. Raisi was chosen to serve on the “death commission” that oversaw the interrogation and execution of political prisoners in Evin and Gohardasht Prisons in 1988 while he was serving as the deputy public prosecutor for the Iranian capital.

The People’s Mojahedin of Iran (PMOI/MEK), the leading pro-democracy opposition group, was declared by then-Supreme Leader Ruhollah Khomeini to be inherently guilty of “enmity against God,” and thus subject to summary execution sentences. Survivors of that era consistently claim that Raisi was singularly committed to the death commission’s mandate to carry out this fatwa.

No one had ever been held accountable for that massacre, either inside Iran or on the international stage, until former Gohardasht prison official Hamid Noury was found guilty of war crimes by a Swedish court this year. When the UN passed a general resolution on Iran’s human rights violations that year, it acknowledged a rise in murders, but no concrete steps were taken to hold the responsible officials accountable or even to highlight their larger role.

Several UN human rights experts recognized this as a mistake in September 2020 and stated in an open letter that the inaction “had a devastating impact on the survivors and families as well as on the general situation of human rights in Iran.”

However, the 1988 massacre continues to be largely ignored by the international community. And in recent years, the proponents of that silence have faced evidence showing that Tehran has not only refused to ever accept responsibility for the killings, but has also continued to do so while also justifying them, rewarding those who committed them, and displaying an expectation of impunity in relation to this and other human rights issues.

This impunity was demonstrated, for instance, by the appointment of two successive Ministers of Justice who had previously played prominent roles in the 1988 massacre, during the previous presidential administration of the Iranian regime. When the Supreme Leader of the regime, Ali Khamenei, appointed Raisi as head of the judiciary in 2019, he sent a clear message that future law enforcement practices would likely be governed by the same principles that underpinned the massacre he oversaw.

In November 2019, Raisi was in charge of several key aspects of a crackdown on nationwide protests that resulted in 1,500 deaths and thousands of arrests. Even worse, Raisi’s judiciary began a systematic campaign of torturing many of those who had been detained. Raisi was ultimately rewarded once more for his dedication to political violence when the supreme leader chose him to be the regime president, but once more, no accountability was seriously pursued at any level. His entire career demonstrates the president of the current Iranian regime’s devotion to using political violence as a tool to address issues both domestically and internationally.

Even if the violence was only aimed at Iranian civilians, the US government would be morally bankrupt if it chose to ignore it. Additionally, it is also clearly against the interests of the international community if the US takes any action to support Raisi’s leadership on the international stage given his association with foreign terrorism.

Therefore, it is imperative that the US denies any visa application from the president of the Iranian regime and prevent him from entering the country unless federal law enforcement intends to detain him for crimes against humanity.

The US and Europe must send a loud and clear message that neither Raisi nor other officials of this regime will be treated as legitimate or recognized as anything other than criminals and terrorists in the absence of such bold actions to challenge Tehran’s impunity.