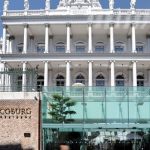 Written by Esmail Mohades on August 9, 2022. Posted in NEWS 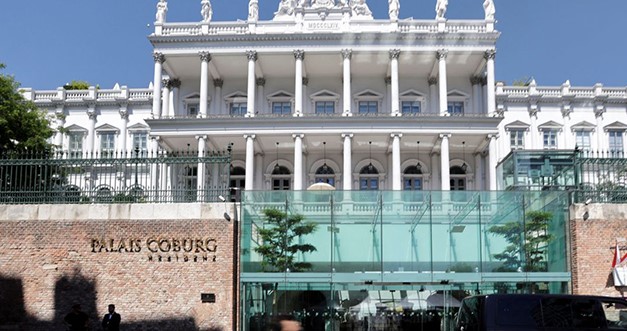 With skepticism on both sides, the most recent round of Iran nuclear negotiations in Vienna got underway on Thursday. According to European Union diplomats speaking with Bloomberg, the rift between Tehran and Washington has only grown since the previous talks in Vienna and as a result, European Union states have declined to send senior officials. This has only increased the long list of difficulties that exist before any deal.

Tehran’s persistent demands that the IAEA end its investigation into long-running nuclear activities and unanswered questions regarding enriched uranium discovered at three secret Iranian locations continue to be major issues.

According to media reports, the Iranian regime team has agreed to drop previous demands that the United States list the Revolutionary Guards (IRGC) as a terrorist organization and lift sanctions.

The ambiguity has been increased by the official news agency of the regime, IRNA, which has refuted this development. What is certain is that Tehran insists that Washington guarantee that the United States won’t ever renege on the nuclear agreement. The Biden administration has been very clear in the past that they will not agree to the mullahs’ demand.

This protracted talks-no talks cycle is being used by the mullahs’ regime to advance their nuclear weapons program and ballistic missiles as a means of payload delivery. The head of the National Council of Resistance of Iran’s (NCRI) foreign affairs committee, Mohammad Mohaddessin, reiterates the well-established fact that Tehran will only budge in response to a firm and forceful approach.

“Iran’s regime will not relinquish nuclear weapons. Its officials talk of bomb production. Negotiations give Tehran the time needed. If the world doesn’t want nuclear terrorists they must show firmness, reactivate United Nations Security Council resolutions, and wide-ranging sanctions/inspections,” Mr. Mohaddessin said in a tweet. “20 years ago, the NCRI unveiled Iran’s Natanz and Arak sites. Instead of sanctions and punishment, the West chose talks and major concessions. Big mistake! If a firm policy was adopted Tehran would never be so close to the bomb. The world should not repeat the same mistakes,” he explained. 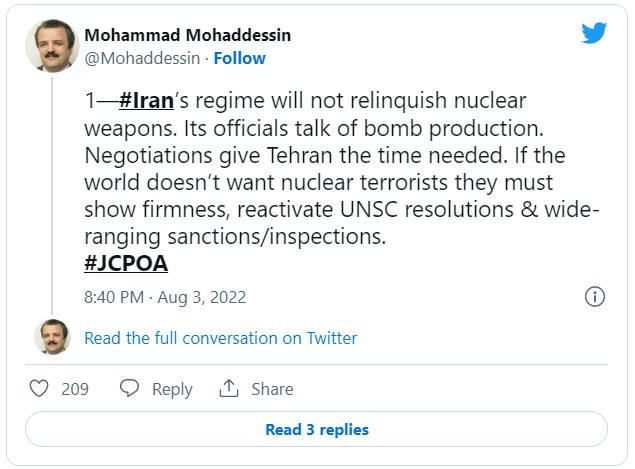 Iranian state-run media also express skepticism regarding the ongoing negotiations and the overall deal. The most recent Vienna talks were described as “encouraging” and “concerning” by the Jahan-e Sanat newspaper. Encouraging for the indications that a deal is still possible, but concerning for the “strange and complicated” conditions that Tehran faces in these negotiations.

Since the “Western party resorts to threats and even new sanctions,” the article continues, “if we don’t understand the status quo as necessary, it can be the end of any revival of the 2015 nuclear deal and result in harsh consequences.”

The new Josep Borrell proposal is being referred to by former regime officials as a “lever to impose pressure,” and they express doubts that the U.S. and Europe will be willing to make any further concessions to the Iranian regime. They will not only refuse to lift sanctions against the IRGC or remove its terrorist designation, but they will also maintain non-nuclear sanctions.

Meanwhile, concerns in Tehran are growing about the possibility of additional economic pressures if the mullahs’ regime rejects the West’s demands for a nuclear deal.

The current proposal, put forth on July 20 by EU foreign policy chief Josep Borrell, may be blocked by politics, according to diplomats involved in the process. As the unreliable party known as the top state sponsor of terrorism in the world, the Biden administration is already up against fierce bipartisan opposition to a nuclear deal with the mullahs’ regime.