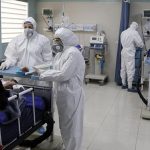 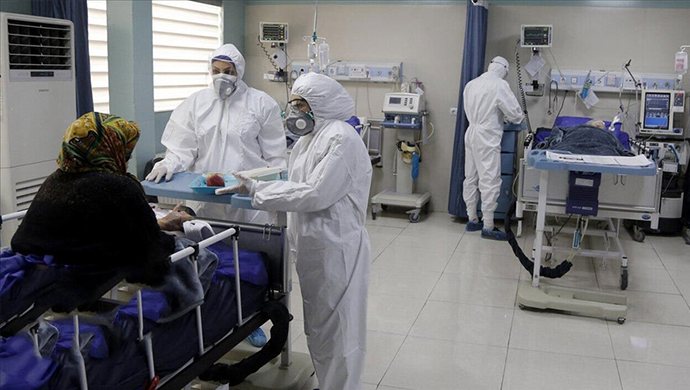 The novel coronavirus, also known as COVID-19, has taken the lives of over 530,000 people throughout Iran, according to the Iranian opposition PMOI/MEK

The mullahs’ regime in Iran has once again rendered its citizens defenseless and vulnerable in the face of a new coronavirus wave that is spreading throughout the nation at an alarming rate due to its destructive policies, refusal to provide reliable vaccines, and lack of necessary supplies and equipment to provide urgently needed medical care.“The daily death toll due to Covid-19 has reached double figures. We have found 2,375 new cases in the last 24 hours.”  According to a statement issued on Sunday, July 11, by the regime’s Health Ministry, “Four cities are registered as red zones, 14 are orange zones, and 142 are yellow zones.”

“During the past 24 hours, 4,000 people have sought initial medical care in various centers of Tehran province, all having suspicious coronavirus symptoms. This figure had decreased to 1500 during the past two weeks. The number of people being hospitalized in Tehran is increasing steadily. We are forecasting that in the coming weeks we will witness a new wave of this virus,” said Alireza Zali, head of the Tehran Covid-19 Task Force on Sunday, according to the semi-official ISNA news agency. \

“A large number of people may contract the virus. When the number of patients rises most certainly the symptoms, the number of people hospitalized in ICUs, and the death toll will all escalate. It has been around a week that the number of people seeking initial medical care has increased once again.” According to the state-run Shafaqna news agency, Payam Tabaresi, a member of the National Covid-19 Task Force, said on Friday, July 8, “This has been a significant rise and it appears a new wave is shaping across the country.”

“The circumstances have changed and unfortunately, we are witnessing an increasing number of new cases. Covid-19 has not finalized and the BA.4 and BA.5 strands will spread in Iran,” said Minoo Mohraz, a senior member of the National Covid-19 Task Force, on Friday, as per Shafaqna.

The dean of Ahvaz Medical Sciences University stated on Saturday that “The number of coronavirus patients hospitalized in Khuzestan province has increased by more than 100%,” reported the semi-official ISNA news agency.

According to the Fars news agency, a source associated with the Revolutionary Guards, the deputy dean of Ahvaz Medical Sciences University stated on Sunday that “We are facing a significant increase in the number of new cases and a new Covid-19 wave is quite possible.”The Razavi Khorasan Medical Sciences University declared on Friday that “The number of patients seeking initial medical care in the past 10 days has increased by 97 percent.”

“Many have contracted Covid-19 but have not conducted a PCR test. The number of cases is far higher than the number of confirmed PCR-positive cases. In the worst-case scenario, we will witness a new coronavirus peak near mid-August.” According to Shafaqna, the dean of the Mashhad Medical Apparatus Organization. In the last two weeks, the number of Covid-19 cases in the province of South Khorasan has multiplied five times, as per a statement made public on Friday by the Birjand Medical Sciences University.

The government-run Khabar Online website on Saturday reported that the number of people hospitalized for coronavirus in the Gilan province has increased by 450 percent when compared to two weeks prior.

“We are returning to the dreadful days of living with Covid-19. The intense days when not one single empty bed or a few meters of space was found for a patient when finding an oxygen device relied on a miracle. To the days when the virus had reached many members of each household and took the life of one of these individuals. The country’s hospitals and medical centers are busy these days. Following a short period when Covid-19 branches were shut down or only merely active, once again we are seeing the virus rise again,” according to a piece published on Thursday, July 7, in the state-run Jam-e Jam daily.