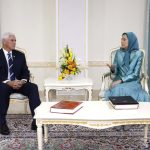 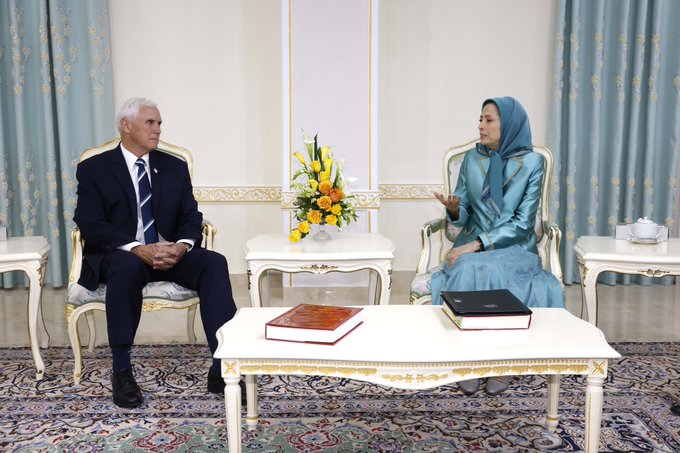 Despite a well-choreographed chorus from state-run news agencies and tightly controlled TV and newspapers, the political shock could not be hidden.

On June 23, former US Vice President Mike Pence met with Mrs. Maryam Rajavi, the president-elect of the National Council of Resistance of Iran (NCRI), which alarmed the theocracy in power. Ashraf-3 is home to thousands of members of Iran’s main opposition movement, the People’s Mojahedin of Iran (PMOI/MEK). State officials and the media attempted to take advantage of the opportunity to link the Iranian Resistance with the US, Israel, Saudi Arabia, the UAE, and Bahrain at the same time, in addition to rehashing a long list of the regime’s grievances stemming from the relentless four-decade-long campaign by the MEK and the NCRI to overthrow the mullahs’ murderous rule.

In addition to following the standard instructions, some officials expressed their concern about the trip’s effects on society at large by speaking more openly about the MEK and its growing influence.

The following day, Ahmad Mahmoudi, the Supreme Leader’s envoy in Isfahan, said to a regional TV network, “We have to explain things. Let the next generation know that the MEK, the regime’s term for the MEK, are traitors who violated international law at the direction of the US, Israel, and Britain.”

The Supreme Leader’s agent in Ardabil, Hassan Ameli, expressed similar worries the following day. “We find it extremely difficult that Mike Pence, Trump’s deputy, yesterday appeared in Albania with the hypocrites and insulted Iran. He had urged Trump to withdraw from the JCPOA,” he claimed.

Amir Jafari, the governor of Shahreza in the province of Isfahan, was quoted as saying on June 24 by the state-run Mehr news agency: “The hypocrites have monopolized the cyberspace. The enemy is attempting to convince people that the Islamic Republic is in a hopeless situation and to instill fear and hopelessness in them.”

The most striking response, however, came from a man who is typically in charge of denouncing and discrediting international condemnation of Iran’s egregious human rights violations.

On June 24, the regime’s deputy for international affairs and human rights, Kazem Gharibabadi, unwittingly acknowledged the MEK’s growing and expanding power inside Iran, saying: “Perhaps at some junctures, the belief was that the Hypocrite grouplet [MEK] has no support and everyone is aware of its terrorist nature and that there’s no need for us to refer to them any longer. But this isn’t how we see it. A very effective and coordinated campaign got underway in the (Iranian year) 1400 (beginning March 20, 2021), and countries that were hosting the Hypocrites came under a lot of pressure.” 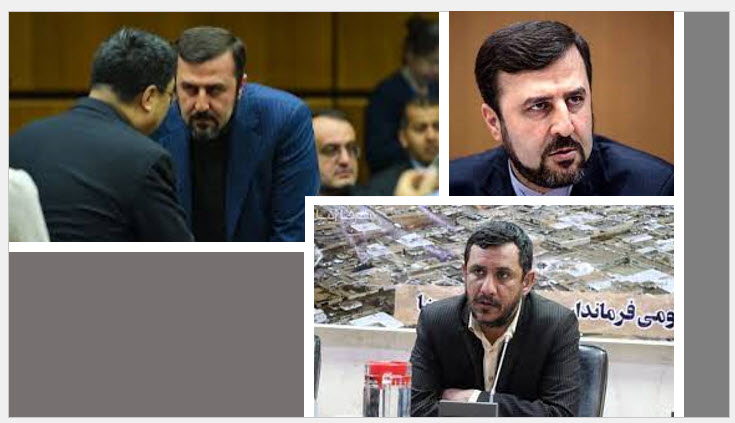 Amir Jafari, the governor of Shahreza in the province of Isfahan, and Kazem Gharibabadi both of them torturers and very active in terrorism outside Iran, unwittingly acknowledged the MEK’s growing and expanding power inside Iran.

He accused the MEK of plotting against both of them, citing the cases of the regime’s terrorist diplomat Assadollah Assadi and former prison guard Hamid Noury, who are both currently detained in Belgium and Sweden, respectively. “Public opinion can exert pressure on us at times. So why shouldn’t we treat their prisoners similarly if they (Belgium and Sweden) mistreat ours? Let’s lock them up in solitary, prevent them from speaking to their loved ones or attorneys, and deny them access to medical care and other rights.”

The MEK network inside Iran has been expanding day by day in recent months as socio-economic crises have driven more people into misery and utter poverty. In order to incite other Iranians to disobey, the Resistance Units continue to carry out attacks in towns and cities all across the nation, challenging and destabilizing complex and extensive security and intelligence network.

In order to discredit the MEK and deter the next generation from joining their ranks, the regime has launched hundreds of demonization campaigns, including the publication of books, the creation of movies and TV shows, holding conferences, and the production of propaganda by dozens of official and semi-official organizations. However, these initiatives have had the opposite effect by piquing more interest in the MEK in a nation where common citizens on the streets continue to disparage and even assault clerics and their security forces.