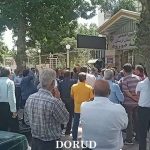 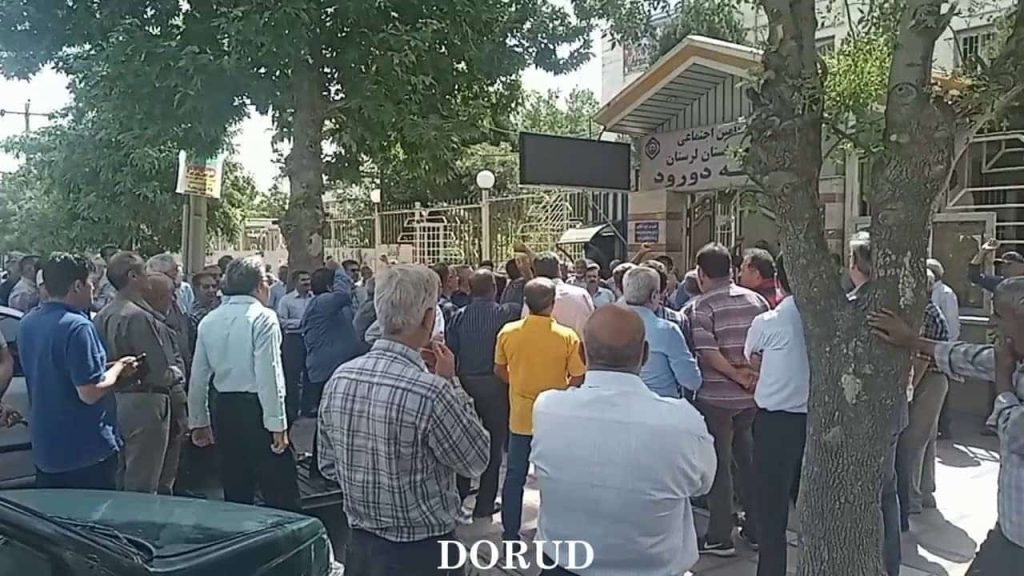 Iran’s Social Security Organization retirees and pensioners staged a nationwide protest in less than a day, calling out regime officials.

All officials, from Supreme Leader Ali Khamenei to military commanders in rural villages, expressed concern about ongoing protests in Iran on June 5, the death anniversary of the Iranian regime’s founder, Ruhollah Khomeini. Their carefully scripted remarks revealed the regime’s fear of a tumultuous society and the impact of the Iranian opposition, the People’s Mojahedin of Iran (PMOI/MEK) on domestic affairs.

These protests, which featured people chanting slogans against the regime’s President Ebrahim Raisi, demonstrated that the mullahs’ fears are not unfounded. Hundreds of protesters chanted “death to Raisi” and “we can only obtain our rights by coming onto the streets,” according to videos from a dozen Iranian cities, including Tabriz. Iranian retirees and pensioners, deprived of their already meager pensions, demanded that their salaries be adjusted to reflect the skyrocketing prices and inflation.

“Inflation in Iran is hovering around 38.7%, as per Iran’s Statistics Center, but unofficial statistics suggest it is closer to 50%. In addition, the household subsistence basket has surpassed 120,000,000 rials. Pensions, on the other hand, barely cover a third of retirees’ living expenses. Despite this, the government has put off increasing the salaries and pensions of eight million retirees, the Sharq daily reported on June 6.

While people are struggling to make ends meet due to skyrocketing prices, Raisi’s government removed the “preferential exchange rate” that allowed essential goods to be imported at slightly lower prices, resulting in yet another increase in living costs.

In the face of growing protests, Raisi and his ministers make ridiculous gestures like eradicating poverty in two weeks, ordering costs to stop rising, and inviting Iranians to practice austerity! Even Iran’s state media mocks these desperate attempts to calm down the country’s restive society.

Daily protests by Iranians from all walks of life are the broadest expression of discontent and a testament to the country’s volatile society. People are living in abject poverty, while regime officials live opulent lifestyles and waste national wealth on terrorism.

Tehran has not only refused to address the public’s grievances, but has also increased its repression. When farmers in Isfahan demanded the right to go irrigation, the regime attacked them and fired pellet guns at them. When residents of Abadan took to the streets to mourn loved ones killed in the collapse of the Metropol Tower, regime security forces opened fire. As evidenced by recent protests, these actions have contributed to society’s explosive state.

Since the November 2019 uprising, it’s been difficult to find a “social” protest without anti-regime slogans. People must endure numerous economic hardships and hold demonstrations to demand their rights, but they begin chanting against the regime’s top officials in less than a few hours.

This event marks a watershed moment in Iran’s social movements. To put it another way, people no longer see their economic woes or lack of freedom as isolated issues brought on by individuals. They see the regime as a whole as the source of the crises and misery, and they aim for the source of the problem.