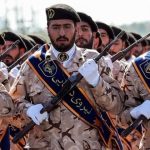 Delisting the IRGC from the U.S FTO Would Only Embolden Regime’s Terrorism

These concessions were seen by the Iranian regime as the opening position of the United States. It pushed for more, reportedly leading the US to consider agreeing to Iran’s demand that the IRGC be removed from FTO.

Despite optimistic predictions that the nuclear talks in Vienna between Tehran, its European counterparts, and the US would be completed soon, the talks have apparently hit a roadblock because the Iranian regime demands that the US remove the Islamic Revolutionary Guards Corps (IRGC) from the list of Foreign Terrorist Organizations (FTO).

It goes without saying that the IRGC qualifies as an FTO under both legal and factual criteria. Its removal from the list would be counterproductive and harmful to the fight against terrorism, which has emerged as the most serious threat to regional and global stability. Furthermore, giving in to the demands of the most active state sponsor of terrorism would send a clear message of weakness.

The new US administration and European leaders have made every effort to conclude talks to resurrect the deeply flawed Iran nuclear deal, formally known as the Joint Comprehensive Plan of Action (JCPOA).

These concessions were seen by the Iranian regime as the opening position of the United States. It pushed for more, reportedly leading the US to consider agreeing to Iran’s demand that the IRGC be removed from the State Department’s FTO list in exchange for a “public commitment…to de-escalate in the region.” Demanding that the mullahs in Tehran de-escalate regional tensions is comparable to requesting that an arsonist put out the fire.

Terrorism by the IRGC is not limited to the Middle East. Assadollah Assadi, a senior Tehran diplomat based in Vienna, was arrested in 2018 while attempting to bomb an Iranian opposition rally in France. For plotting to murder thousands of innocent conference attendees, they were prosecuted, convicted, and sentenced to 15 to 20 years in prison.

Iran’s ayatollahs are in jeopardy. Iran’s supreme leader Ali Khamenei appointed Ebrahim Raisi as president in the face of a volatile society. Raisi, a mass murderer and a key perpetrator of the 1988 genocide of tens of thousands of Iranian political prisoners, is Khamenei’s bogeyman, used to intimidate and terrorize the Iranian people, preventing them from expressing their pent-up anger and frustrations over four decades of oppression, corruption, mismanagement, and incompetence, which has destroyed their livelihoods.

Raisi’s presidency means more hostility toward the international community, as evidenced by the dramatic increase in the number of executions since he became President. The regime would not have come to the negotiating table if it were not in danger. The mullahs are currently on the ropes at home and are reeling from growing international isolation. Giving it a lifeline now would be sending the wrong message.

Winston Churchill once said: “An appeaser is one who feeds a crocodile — hoping it will eat him last.” Has the time not come for our leaders to learn from the war of occupation in Ukraine and other historical events such as World War II that authoritarian regimes only understand the language of firmness and not dovish approaches?”

The only concessions the mullahs need from the West are more sanctions and isolation. This is the only way to put a stop to their malign activities.  The Iranian people, not their oppressors, are the ones in bringing lasting peace and stability to the Middle East.