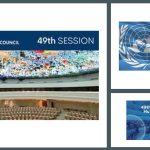 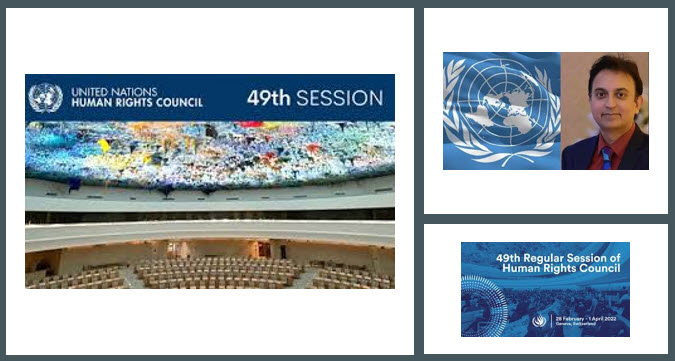 The UN Human Rights Council is meeting this week for its 49th annual session, during which a resolution to prolong the mandate of Javaid Rehman, the UN Special Rapporteur on human rights in Iran, was passed

The UN Human Rights Council is meeting this week for its 49th annual session, during which a resolution to prolong the mandate of Javaid Rehman, the UN Special Rapporteur on human rights in Iran, was passed. In response, Kazem Gharib Abadi, the regime’s judiciary deputy for international affairs and secretary of the mullahs’ so-called “Human Rights Department,” met with Michelle Bachelet, the UN High Commissioner for Human Rights, to air his grievances about the Iranian opposition, thePeople’s Mojahedin of Iran (PMOI/MEK), and their actions and revelations, which have proven costly to the mullahs’ regime.

“The Special Rapporteur has become a conduit for terrorist groups to disseminate misleading information.” In recent statements, Gharib Abadi stated that “this terrorist organization is today free to go about and continue their actions against the [mullahs’ government] in the very capitals of those countries that are supporting the resolution establishing a special rapporteur for Iran.” 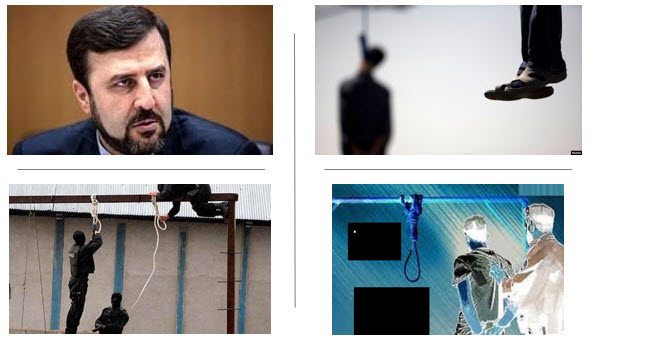 Gharib Abadi’s hypocrisy comes at a time when the mullahs’ dictatorship is carrying out a new round of killings in its prisons. At least five of the 12 death row detainees transported to solitary confinement in Gohardasht Prison in Karaj, a big city located just west of the Iranian capital, Tehran, were hung en masse on February 22.

Farshad Farzi, a 30-year-old Kurdish prisoner from Malekshahi, Ilam Province, western Iran, was hung in Ilam Central Prison on the same day after serving eight years in prison. On February 21, one prisoner was executed in Mashhad and another in Kashan, and two inmates were executed in the central prisons of Isfahan and Zahedan, respectively, on February 16 and 19.

Meanwhile, Ali Rezaei, an 18-year-old death row inmate, committed suicide in the Rasht Prison in northern Iran on February 24. These are, of course, the executions that have been made public in Iran. Many prisoners and dissidents are detained inhumanely by the authorities in a wide network of covert institutions. 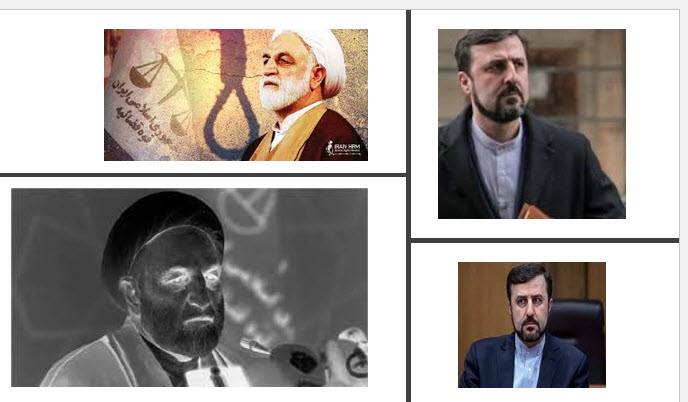 Gharib Abadi is the deputy of Gholam-Hossein Mohseni-Ejei, the regime’s “judiciary and a member of the regime’s infamous Death Commissions executed  30,000 political detainees in the 1988 massacre.

Ejei has a history of violence, criminality, and persecution of dissidents and demonstrators. The United States and the European Union have placed Ejei on a no-fly list because of his human rights violations. Ejei is also one of the few surviving members of the regime’s infamous Death Commissions, which were responsible for deciding the fate of tens of thousands of political prisoners in two-minute kangaroo courts across Iran during the summer 1988 slaughter.

Ejei and others on the regime’s Death Commissions sentenced around 30,000 political detainees, largely PMOI/MEK members and supporters, to death. As a result, people like Gharib Abadi and Ejei, as well as many others in the mullahs’ dictatorship, have no role in raising human rights concerns. The mullahs’ regime rule relies largely on continuing its huge domestic crackdown machine of repression, execution, and torture, as seen by the continuance of arbitrary executions on the eve of the UN Human Rights Council forthcoming session and ongoing nuclear talks in Vienna. 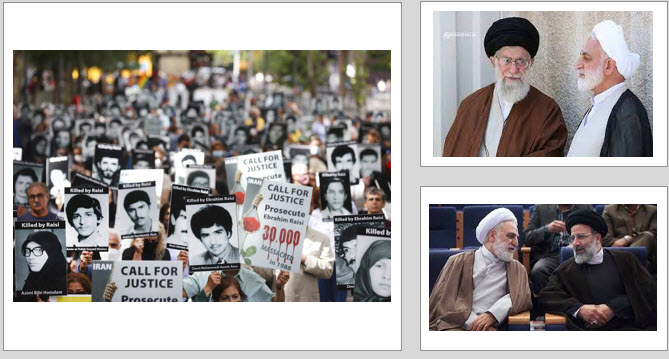 Ejei and others on the regime’s Death Commissions sentenced around 30,000 political detainees, largely PMOI/MEK members and supporters, to death. As a result, people like Gharib Abadi and Ejei have no role in raising human rights concerns.

Human rights breaches of this magnitude have no place in the twenty-first century. The Iranian Resistance once again calls on the UN and other relevant institutions, as well as the European Union and its member nations, to intervene quickly to spare the lives of Iranian death row inmates.

All political and economic contacts with Iran, as well as the continuance of nuclear discussions in Vienna, must be contingent on the mullahs’ regime’s complete cessation of executions, torture, and a long list of human rights violations.