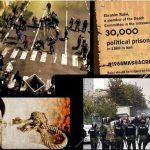 Written by Esmail Mohades on October 31, 2021. Posted in NEWS

Following the installation of mass murderer Ebrahim Raisi as the murderous regime’s president, Iran has averaged more than one execution per day for the previous month, sparking concern about growing human rights abuses.

Raisi’s two-year tenure as judiciary chief coincided with a historic crackdown on anti-regime protests in November 2019, adding to Raisi’s long history of human rights violations dating back to the 1980s, particularly in 1988.

Raisi was a deputy prosecutor for the capital city of Tehran at the start of 1988. By June, he’d jumped at the chance to be one of four members of a “death commission” that oversaw politically motivated killings at the Evin and Gohardasht prisons.

The massacre that followed claimed the lives of 30,000 people, the majority of them were members of Iran’s biggest opposition party, which had been singled out in a fatwa issued by the regime’s Supreme Leader, Ruhollah Khomeini. In subsequent years, Raisi has publicly defended his role in the massacre, even claiming that Khomeini’s blanket death sentence for the People’s Mojahedin of Iran (PMOI / MEK Iran), was unquestionable and divinely inspired.

After the killing in 1988, Raisi proceeded to target dissidents for human rights breaches. Raisi’s courts engaged in a campaign of torture against people arrested during and immediately after the revolt for months after it ended in November 2019. Even while the torture continued, students and people from more than a dozen provinces held protests in January 2020, reiterating the same demands for regime change that had characterized the 2019 revolt and a similar movement in January 2018.

Raisi was appointed head of the court by the regime’s Supreme Leader Ali Khamenei in order to crush Iran’s restive people. Raisi’s performance in that post revealed a continued dedication to the kind of violent repression of dissent that he symbolized during the 1988 massacre. Human rights would be endangered even more now that Raisi and his administration are in charge.

This appears to be supported by the current execution rate. Since his election in mid-June, when his deputy Gholamhossein Mohseni Ejei assumed control of the judiciary, over 150 executions have been documented. Ejei has a history of human rights violations. As a result, violent criminals have seized possession of all levels of government.

With less than two months before the end of the year, the overall number of executions in 2021 has already surpassed that of 2020.

The Iranian judiciary is said to be responsible for 70% of all known executions of young criminals worldwide during the last ten years. The persistence of such practice despite continual international outrage reflects the regime’s perception of impunity in human rights problems. The lack of an international response to the 1988 massacre, as well as a similar lack of response to the 2019 crackdown, and the fact that a significant perpetrator of both crimes was appointed president, has led to impunity.

(NCRI) and (PMOI / MEK Iran): International call to stop execution. UN and member states must take immediate action to save the lives of death row prisoners.

Mrs. Maryam Rajavi, the National Council of Resistance of Iran’s (NCRI) leader, portrayed Raisi’s appointment as a “litmus test of whether [the international community] will engage and deal with this genocidal regime or stand with the Iranian people” in a speech before an international teleconference in July.

Numerous prominent legal scholars who attended the conference recently decided that the fatwa that led to the massacre in 1988 expressed the purpose of wiping out entire communities of faith that challenge the mullahs’ extremism.

Mrs. Rajavi also stated at that conference that the risk of Tehran attempting to carry out this genocide would increase as the regime came under increasing pressure from domestic activists. “The hostility and enmity between the Iranian regime and society will intensify more than ever before in the new era” as defined by the Raisi administration, she explained. The recent spike in executions is an early indicator of the regime’s escalation. Meanwhile, there is other evidence that the Iranians are resisting. 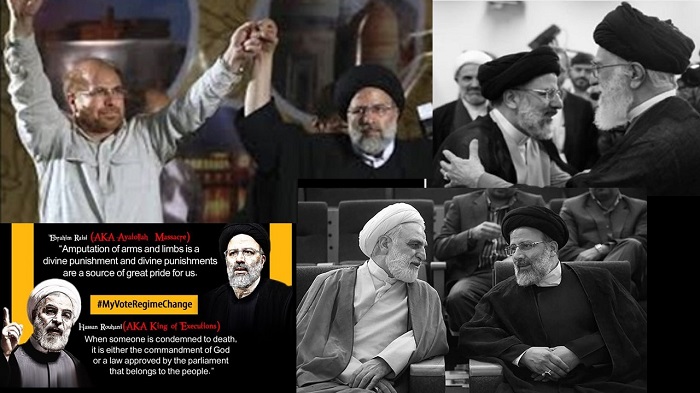 (NCRI) and (PMOI / MEK Iran): The regime has now given the executive branch to a mass murderer, the judiciary to a professional executioner, and the legislative branch to a club wielder, Khamenei, Rohani, Ejei, Qalibaf.