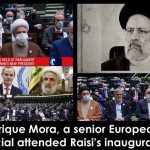 Written by Esmail Mohades on October 19, 2021. Posted in NEWS

Push for the agreement to be reinstated

Western signatories to the 2015 Iranian nuclear deal continue to push for the agreement to be reinstated. Talks on resuming the Joint Comprehensive Plan of Action (JCPOA) began in April but were suspended in June when Raisi was ‘elected’ in a boycotted process. The visit of Enrique Mora to Tehran is intended to create a timeframe for the resumption of those negotiations in Vienna, but Tehran has been extraordinarily secretive about its aims and key expectations.

Iran’s Foreign Minister, Hossein Amir-Abdollahian, said on Saturday that the country was ready to allow new discussions “soon,” but that the regime’s first objective remains confirmation of Western actions aimed at lifting US sanctions. The Iranian leadership has repeatedly stated that it will not back down from any of its various nuclear provocations unless all sanctions are lifted by the United States.

Mora’s visit to Tehran thus appears to reflect EU scepticism about the Raisi government’s prospects for success. In addition, the EU’s legitimacy as a defender of international human rights ideals is jeopardised. Mora’s visit is significant because it is his second direct statement of legitimacy for an Iranian president who has been linked to some of the regime’s greatest human rights violations.

Even as Mora was on his way to Tehran, Iranian expatriates in the UK were calling for Raisi’s arrest. These calls came in response to reports that Raisi could fly to Glasgow in early November to attend the COP26 climate change conference. This would be one of his first foreign trips as the leader, clearly confirming the West’s willingness to round-trip in the name of diplomacy with the new Iranian leadership.

This position was almost confirmed in September when the United Nations held its annual General Assembly and invited Raisi to participate. Despite the fact that Mora had visited Tehran the previous month to witness Raisi’s inauguration, Raisi stayed in Tehran and delivered the speech remotely. Raisi’s aversion to travel sparked rumours that he was afraid of being arrested if he set foot on Western soil.

Raisi’s role in the 1988 massacre, what has been called the “worst crime of the Islamic Republic” and one of the worst crimes against humanity since World War II has prompted these requests. Raisi was one of four key figures in Tehran’s “death commission” in the summer of 1988, which oversaw the implementation of a fatwa in which Supreme Leader Ruhollah Khomeini ordered the mass murder of all political prisoners suspected of remaining supporters of the main democratic opposition group, the People’s Mojahedin of Iran (PMOI / MEK Iran). More than 30,000 political prisoners were thought to have been killed after around three months.

Mora’s journey to Tehran is a breach of the EU’s commitment to basic human rights principles, and it is up to individual European states to correct this injustice. EU leaders must take a forceful stand against the Raisi regime.

Scotland has a chance to set an example

Scotland has a chance to set an example by openly endorsing requests for an investigation into Raisi’s previous human rights violations and making it clear that he may still be arrested if he steps foot on Western soil.

The idea of universal jurisdiction empowers any government to prosecute a citizen of another nation if evidence exists that he or she has committed the most serious crimes of international law. There is no doubt that the massacre of 1988, which some jurists have labelled genocide, fits this description. 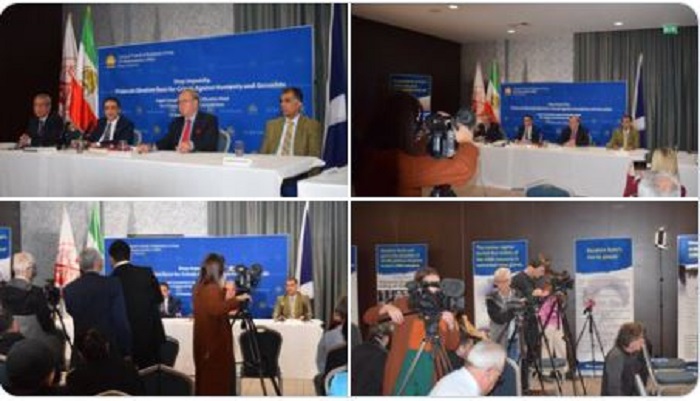 (NCRI) and (PMOI / MEK Iran): Those calls grew louder in recent days as it was revealed that the Iranian regime’s president would likely visit Scotland in early November for the COP26 climate change summit.