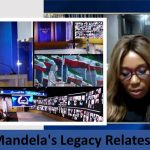 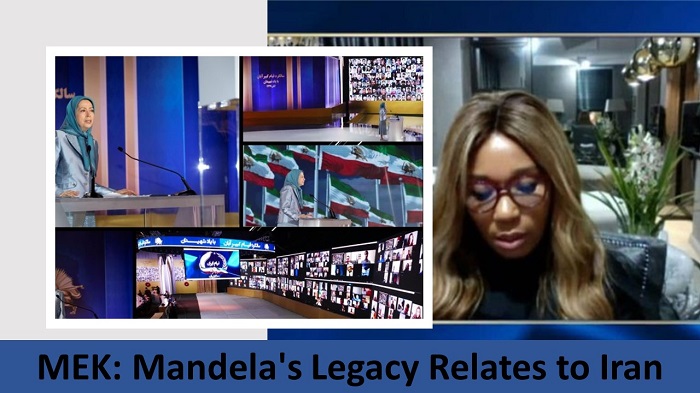 (PMOI / MEK Iran): Mandela’s grandchild recalls that what happened in Iran reminded her of what her grandparents had to endure in the apartheid years. They and their supporters had to sacrifice their lives in order to make way for freedom and democracy in South Africa. She recalled that many were called terrorists and were imprisoned.

According to Zamaswazi Dlamini-Mandela, whose grandfather was Nelson Mandela, Mandela said it was the ordinary people who define history. Such was the impact of the mass killings that took place in November 2019 in Iran. It is ordinary people who are now commemorating this event.  12 months ago following 48 hours of anti-government protests due to the astronomical price rises of gasoline, security forces, unfortunately, acted negatively by shooting demonstrators. After this onslaught, 1,500 lost their lives, while 4,000 people were injured. Many were women, while 29 were children. The protestors did not carry weapons and were mainly composed of unemployed and young people on low incomes.

Zamaswazi Dlamini-Mandela, grand-daughter of 🇿🇦's Nelson Mandela: The NCRI led by @Maryam_Rajavi is the Iranian people’s opposition to the current regime. As a global village, we are all responsible to stand together w/ the people of Iran#WeStand4FreeIran https://t.co/w2To7bsof6

Mandela’s grandchild recalls that what happened in Iran reminded her of what her grandparents had to endure in the apartheid years. They and their supporters had to sacrifice their lives in order to make way for freedom and democracy in South Africa. She recalled that many were called terrorists and were imprisoned. She said her grandfather was in prison for 27 years and her grandmother for 491 days. Most of this time was spent in solitary confinement.

Several decades later, the same is happening in Iran, where unlawful arrests are commonplace and people are killed in November 2019 for doing nothing that was unlawful. 12,000 protesters were even tortured for taking part in the protests.

The people now are seeking a regime change where they do not want either a monarchist dictatorship like the Shah or the present theocratic regime. What they do want is a republic based on a number of key features like the following: 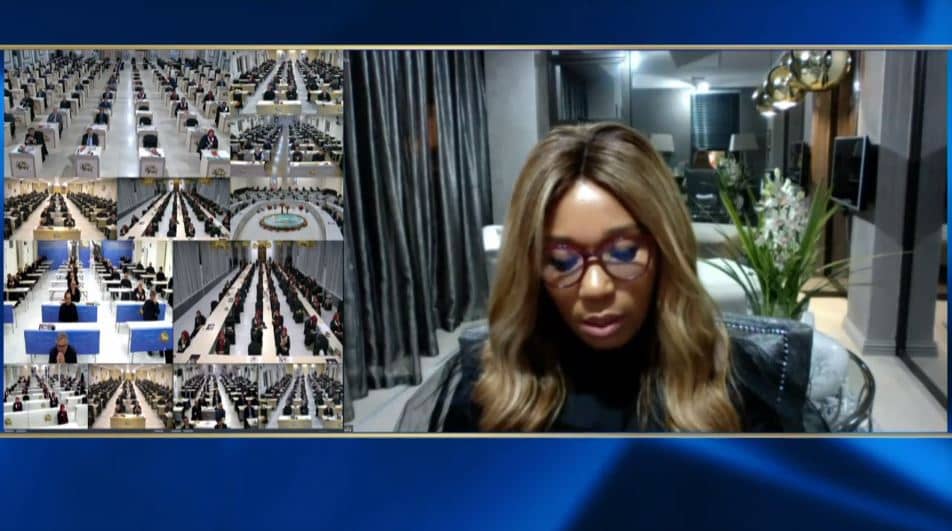 Zamaswazi said her grandmother, Winnie Mandela, was detained under the Terrorism Act. This was legislation created so that the police could hold and interrogate people with no limit on the time. However, what the anti-apartheid regime could not do was lower the chance of the people achieving an equal future for millions of South Africans. Similar to South Africa, Iranians have asked the international community to boycott the regime and not legitimize any commercial and political relationship with the oppressive regime.

The National Council of Resistance of Iran (NCRI), led by its President-elect Mrs. Maryam Rajavi, is the Iranian people’s opposition and has been lobbying for the installation of a democratic state for several decades. The People’s Mojahedin Organization of Iran (PMOI / MEK Iran) has suffered many casualties in the last 4 decades amounting to 120,000 people for political reasons, most of whom are MEK members.

Mrs. Rajavi has devised a 10-point-Plan for Iran’s future.

Mrs. Rajavi has devised a 10-point-Plan for Iran’s future. It supports the following:

The regime that has been ruling Iran must now be held accountable by the international community and the United Nations for its scandalous crimes against humanity. The next generation should be able to contribute to a society based on freedom and democracy.