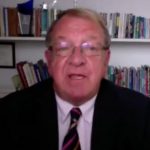 Struan Stevenson: ‘The Revolution Is Coming’ 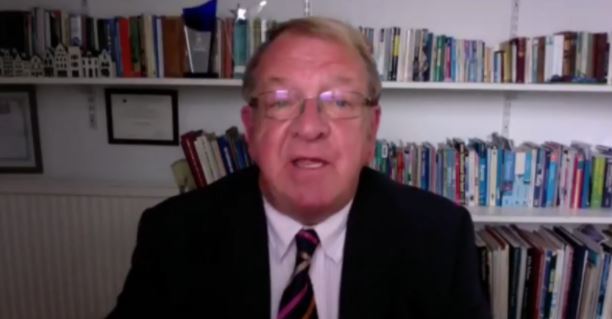 Struan Stevenson published an op/ed on Friday on the American Thinker website condemning the Iranian regime for its continued human rights violations at home and acts of aggression in the Middle East and describing the massive Resistance Movement that has risen up in Iran to protest the regime and its leaders. Stevenson further called on the international community to support Iran’s democratic opposition movement, the MEK, in its efforts to end the theocratic regime.

Stevenson wrote that the mullahs’ incompetence and corruption “have brought this once prosperous and successful nation to its knees” and left its people living in poverty. When the government announced a massive gas price hike in November 2019, millions protested against the regime.

The Revolutionary Guards (IRGC) and other security forces responded to the protests by killing 1,500 protesters. IRGC shot indiscriminately into crowds on the street, and snipers fired from rooftops. 12,000 protesters were arrested, some of whom were dragged from their hospital beds. Dozens of the arrested protesters have since been condemned to death for their participation in the November Uprisings.

Regime President Hassan Rouhani recently told the U.N. General Assembly that “political freedom at home is very important to us, and as the most ancient democracy in the Middle East, we are proud of our democracy, and we will not compromise our freedoms with foreign intervention.” This stands in stark opposition to the regime’s actions.

Stevenson wrote that the Iranian people’s resentment has “begun to boil over.”

The 80 percent of Iranians living in poverty is “appalled that their government continues to pour money and military personnel into Syria” to support Basshar al-Assad’s dictatorship, wrote Stevenson.

#MEK #Iran recorded accurate numbers of deaths gathered from sources on the ground and they reported over 1,500 people killed by security forces (and, importantly, none by protesters), of whom they have identified more than 800 so far.https://t.co/6eLSUF78YH pic.twitter.com/sqrdhNYFD4

Iranians are “horrified that the mullahs are funneling endless Iranian cash to the Houthi rebels in Yemen, Hezb’allah in Lebanon, and the vicious Shi’a militias in Iraq,” he continued.

“They are shocked to learn that vast resources are being channeled into the secret production of nuclear weapons and ballistic missiles,” Stevenson went on.

Finally, Iranians are “dismayed that corruption and incompetence have seen the death toll from COVID-19 soar to over 125,500 nationwide,” he added.

Stevenson explained that this outrage has led to the formation of MEK Resistance Units in every city and town in Iran. Protests and acts of defiance against the regime occur daily.

The recent execution of champion wrestler Navid Afkari sparked renewed anger after international calls to halt his execution failed to stop the regime. MEK Resistance Units have set fire to government buildings and IRGC bases across the country in response to the unjust execution. Iranians have chanted “Rise up to avenge Navid’s execution!” at recent protests, according to Stevenson

“As resistance to the mullahs continues to grow across Iran, there are increasing demands for the international community to end its policy of appeasement and show its support for the Iranian people,” Stevenson argued.

Stevenson called out the U.N. for its failure to hold the regime accountable for the 30,000 MEK political prisoners who were killed in the 1988 Massacre, arguing that if the U.N. had properly investigated the crime against humanity, the regime would not continue to freely torture and execute political prisoners.

“Although there is irrefutable evidence of this horrendous crime, which even senior figures in the regime openly admit and boast about, no one has yet been indicted for this horror, one of the worst cases of the genocide of the late twentieth century,” he emphasized.

“The revolution is coming,” concluded Stevenson, “and when it does, the mullahs will face justice, and those in the international community who have sought to appease them will be held answerable and shamed in the court of public opinion.”