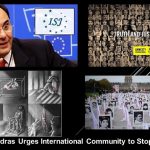 Written by Jennifer Jones-Kelley on September 23, 2020. Posted in NEWS 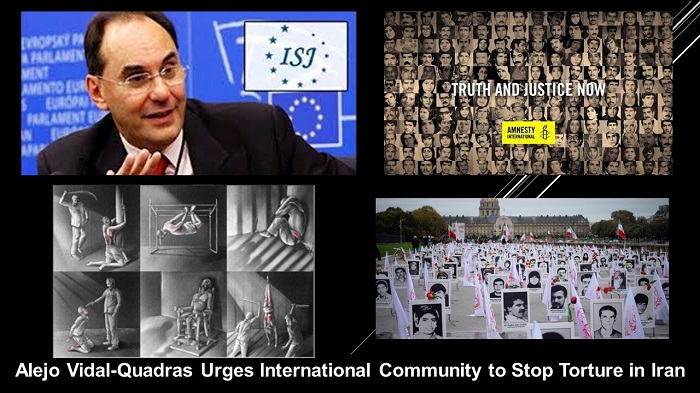 The NCRI report also includes reports gathered from MEK sources, who determined that 1,500 protesters were killed during the protests.

A new article by Alejo Vidal-Quadras was published on the NCR-Iran.org website on Tuesday that called attention to recent reports detailing the Iranian regime’s extensive use of torture on protesters who were arrested following the November 2019 Uprisings.

Quadras, the former Vice-President of European Parliament and President of the International Committee In Search of Justice (ISJ), specifically discussed a report released by the National Council of Resistance of Iran (NCRI), an Amnesty International report, and a joint statement from 21 human rights organizations, all of which have been published this month.

The report by Amnesty International described Iranian protesters being beaten, threatened with rape, having their fingernails pulled out, having their bones broken, and having wounds go untreated for weeks. Quadras noted this “extensive” report, “which pointed to 7,000 arrests leading to many well-corroborated accounts of beatings, electric shocks, stress positions, mock executions, and more,” focused on known detention centers, such as Evin Prison.

Quadras wrote that the NCRI report functioned as an addendum to the Amnesty report and highlighted secret detention centers where activists were held and tortured before being transferred to known prisons. According to Quadras, “The clear implication of Sunday’s report is that the human rights situation in Iran is even worse than what has been described to most international audiences. That message is reinforced by the NCRI’s calculation that the total number of arrests connected to the November uprising was no less than 12,000 – nearly double the number that has been officially announced by regime authorities.”

#Iran: Detained Protesters of Nov. Uprising in Dreaded Torture Chambers of the Intelligence Ministry, the #IRGC, and the SSF
Call for an international delegation to visit the prisons and torture chambers of the clerical regime and …#NoImpunity4Mullahshttps://t.co/85QbnC4ba2

The NCRI report also includes reports gathered from MEK sources, who determined that 1,500 protesters were killed during the protests. MEK sources also reported that wounded protesters were taken from hospitals and arrested, which likely increased the death toll.

The NCRI report included a call on the U.N. to “demand that Iranian officials grant an international delegation unfettered access to their detention facilities, including those where operations have been established or expanded specifically in response to recent unrest.” Quadras stressed that heeding this appeal could save countless lives, both now and in the future. Political prisoners are in danger now, but the larger concern is the impending crackdown on protesters in the next major uprising.

Quadras wrote that the 21 NGOs who signed the joint statement to the Human Rights Council last week share his concern about the future fate of Iranian protesters. He quoted the statement, which worried that the Iranian regime would be “emboldened to further crackdown with impunity on present-day protesters” if the international community did not take steps to show that such actions would not be tolerated.

#HumanRights Groups Urge UN to Investigate #Iran's #1988Massacre
Executions of 30,000 #politicalprisoners, primarily members of the opposition PMOI or #MEK has never been investigated, and the perpetrators have never been brought to accounthttps://t.co/cTcWX1OVrd

The NGOs’ statement called on the U.N. to launch an independent investigation into the 1988 Massacre of 30,000 MEK political prisoners. The fatwa issued by Ruhollah Khomeini that ordered the execution of all MEK members imprisoned in Iran has never been lifted, and none of the perpetrators of this crime against humanity have ever faced justice. Many of them have risen to the highest levels of the regime. The signatories of the NGOs’ statement emphasized that every political dissident is a potential target for a death sentence as long as this crime goes unpunished.