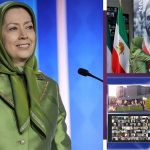 Written by Mohsen Aboutalebi on September 19, 2020. Posted in NEWS 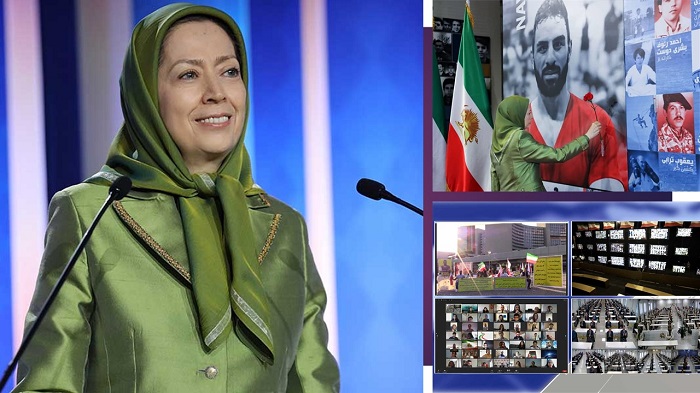 The mullah’s regime’s worry is that it is likely to be overthrown by a weary public, with the help of the MEK’s resistance units.

Twenty-seven-year-old wrestling champion Navid Afkari was executed last Saturday. Before his execution took place, international sporting bodies, sports personalities from around the world, and human rights activists called on the Iranian regime to spare his life. US President Donald Trump even called on the regime to re-think the execution given that his only crime was to participate in protests against the regime’s economic policies that have created so many hardships for the people.

#BREAKING Iran's state media reports wrestling champion #NavidAfkari was hanged today despite global appeals to spare his life. He had taken part in #IranProtests. The regime needs executions to frighten the people into silence. #StopExecutionsInIran

The regime went ahead and executed him anyway, and it was followed by uproar from around the world. The Iranian regime is trying to instill an atmosphere of fear to prevent the people of Iran from participating in further protests.

The mullah’s regime’s worry is that it is likely to be overthrown by a weary public, with the help of the MEK’s resistance units. The regime has until recently refused to mention the People’s Mojahedin Organization of Iran (PMOI / MEK Iran), but the increasing influence of the protests and resistance within Iran has forced them to confront the very real possibility that they are staring at their demise.

Ali Khamenei, The Supreme Leader, in an address to so-called ‘students’ in a video conference in May said ‘“Do not allow your protests to be viewed as protests against the Islamic system; the enemy is waiting for this. Sometimes, you may assume that you are protesting the issue of the stock exchange or Pride [an automobile brand produced locally]. But depending on the way you protest, the enemy views or implies it as a protest against the system. You must seriously prevent this from happening and not allow the enemy to have an opportunity to make such an assumption because of your protest or imply to others that this is a protest against the system.” “It would be good if you are at the forefront of demands. If you stop leading in this arena, then others may take the lead, whose aim is not to resolve the people’s difficulties, but who are aiming to fight against Islam and the Islamic Republic. Do not allow that. In other words, this must not happen,” he added.

On July 23,2019,in another attempt,the #Iranian regime impersonated the French consulate to Israel, by putting together lies,through a series of tweets published from that account, tried to spread misinformation about @Maryam_Rajavi, the President-elect of the #NCRI.#FreeIran2020 pic.twitter.com/cTZPXT6490

the People’s Mojahedin Organization of Iran (PMOI / MEK Iran), the main opposition to the Iranian regime, is the biggest threat to the regime’s survival and has the support of both the people of Iran inside and outside of Iran and the international community.

Therefore the regime thinks that carrying out such executions is a display of strength, but this is far from reality. Such executions show the regime’s desperation in its struggle for survival. Three major uprisings in as many years have weakened the regime enormously. This, and the international pressure that it is under in the form of economic sanctions, is pushing the regime further to collapse.

Domestic suppression is one of the pillars of the regime, as well as the export of terrorism to other countries. In both these areas, the regime is top of the list. It is the number one state sponsor of terrorism in the world and it is also the top executioner per capita.

Decades of mismanagement and widespread corruption have destroyed the country’s economy and it has wasted billions on its terrorist exploits abroad. This is why the regime is cracking down even more on domestic dissent.

The arrest and execution of Navid Afkari are to send a message to the people of Iran. The regime desperately wants to control the people so that another nationwide uprising does not happen.

The last uprising was in November last year. The regime responded with extreme violence, with more than 1,500 protesters being killed and thousands upon thousands injured.

For four decades, the Iranian regime has acted with impunity. Even when it carried out the 1988 massacre in which 30,000 political prisoners – most of whom were supporters or members of the People’s Mojahedin Organization of Iran (PMOI / MEK Iran) – were executed over the course of a few months, the regime was never challenged. It has never been held to account. This was effectively a green light from the international community for the regime to continue with its brutal human rights abuses.

Huge banners of the resistance leaders, Massoud Rajavi, and #MaryamRajavi were displayed in many Iranian cities. The regime is trying to suppress the opposition by heavy-handed arrests and executions, aimed at frightening the #Iranian people into submission. #MEK #Iran pic.twitter.com/53ckDhZ3OZ

The tide, however, is turning. The international uproar following the execution of Afkari shows that more attention is being drawn to the Iranian regime. His execution will not be forgotten and it is one more incentive for the people of Iran to continue speaking out against the regime. The regime’s brutality is making them even more determined to see the regime collapse.

In one of his last messages referring to his struggle against the clerical regime, #NavidAfkari said that he is fighting against the most ruthless adversary in human history. #Iran pic.twitter.com/VjJNJoGoAw

Mrs. Maryam Rajavi the President-elect of the National Council of Resistance of Iran’s (NCRI): The Iranian people’s uprisings – from December 2017 to November 2019 and January 2020 – have dispensed with all illusions about the stability of the clerical regime. Today, the regime is at its weakest point ever. In such circumstances, giving assistance to the mullahs will only increase the pain and suffering of the people of #Iran, but of course, would not be able to save the regime from its certain downfall.

The Iranian people’s uprisings – from December 2017 to November 2019 and January 2020 – have dispensed with all illusions about the stability of the clerical regime. #IranProtests pic.twitter.com/KYvkibqVLE