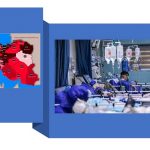 Written by Jennifer Jones-Kelley on August 26, 2020. Posted in NEWS 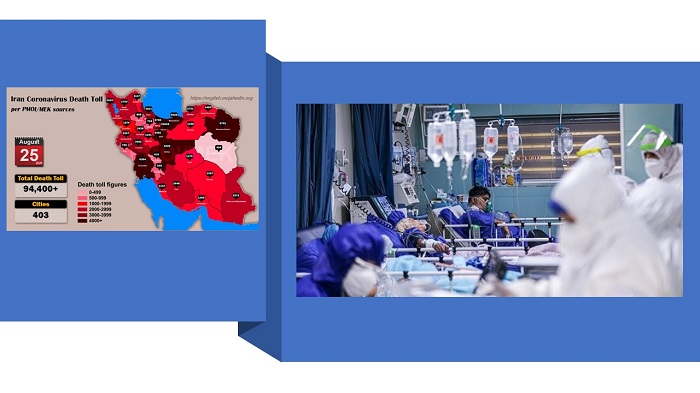 More than 94,400 people in 403 cities in all 31 cities in Iran have died from Covid-19, according to an August 25 announcement from the MEK. The regime has confirmed 20,901 Covid-19 deaths or approximately one-fifth of the total fatalities. Even the regimes undercount places Iran among the countries with the highest number of coronavirus deaths.

Regime President Hassan Rouhani made new statements on Tuesday denying the severity of the crisis in Iran and characterizing the MEK’s early calls for a nationwide quarantine as “conspiracies.”

More than 94,400 people have died of the novel #coronavirus in 403 cities checkered across all of Iran's 31 provinces, according to the Iranian opposition PMOI/MEK.

“At the beginning of [the pandemic] our enemies were seeking to implement their conspiracies and they all said the country must be shut down,” Rouhani said. “They wanted to plunge the country into a crisis… Three leaders of other countries told me you have set an example in Iran on how to confront the novel coronavirus while continuing your economic activities.”

Rouhani’s public statements about coronavirus have been inconsistent. He declared the regime’s response to the pandemic a success early on, minimized the severity of the crisis as infections increased, and then finally acknowledged the scope of the disaster while blaming the Iranian people for their own deaths. He has now changed course once again and declared another victory over the still-raging pandemic.

More than 93,900 people in 403 cities in all 31 provinces in Iran have died from #COVID19 according to an August 24 announcement from the #MEK. The regime has confirmed 20,776 #COVID deaths or approximately one-fifth of the actual total.https://t.co/gJiVCfRjPn #FreeIran2020 pic.twitter.com/6GYs0BkhFX

Medical experts in Iran say the situation in Tehran is still dire. Dr. Alireza Zali, head of the Covid-19 Task Force in Tehran discussed the severity of the crisis in remarks broadcast on state television on Monday.  “In the past 24 hours there have been over 505 new patients hospitalized, of which 127 were placed in ICUs,” he said. “The number of those released remain lower than those being hospitalized on a daily basis. Around 390 were released during the past 24 hours.

Of the total number of people who seek medical care, 8.2 percent need to be hospitalized and around 25 percent of these patients need ICU treatment. Both of these statistics are quite significant. Tehran remains a red zone and in contrast to various claims about conditions changing in the capital, we have not witnessed any serious or important changes in the past few days,” he added.

Dr. Payam Tabarsi, the head of the infectious diseases section in Tehran’s Masih Daneshvari hospital, told the state-run Hamdeli daily that the regime’s decision to prematurely lift quarantine restrictions was one of the primary drivers for the second wave of infections. “The medical care staff don’t have the capacity they had six months ago.

They are much more vulnerable. Most of them have contracted the virus and experienced the pain first hand. Many have lost friends and don’t have their previous spirit. The healthcare system might suddenly collapse, and under the heavy pressure, the medical staff might lose their efficiency. If the current situation persists, we will have a worrying fall and winter ahead of us,” the doctor warned.

Mazandaran Province is facing a shortage of workers in its coroner’s office due to the coronavirus, according to a report from the Ministry of Intelligence and Security (MOIS)-affiliated Mehr news agency. The general manager of the coroner’s office said, “Many are in quarantine and others are in intensive care units.”

On Sunday, Shabakeyeh Khabar quoted the dean of Mazandaran Medical Sciences University, who echoed Dr. Tabarsi’s comments about the folly of prematurely lifting quarantine restrictions. “After the lifting of restrictions, we experienced another spike in cases. We’re still actively engaged and many counties are in code-red conditions,” he said.