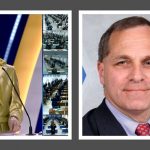 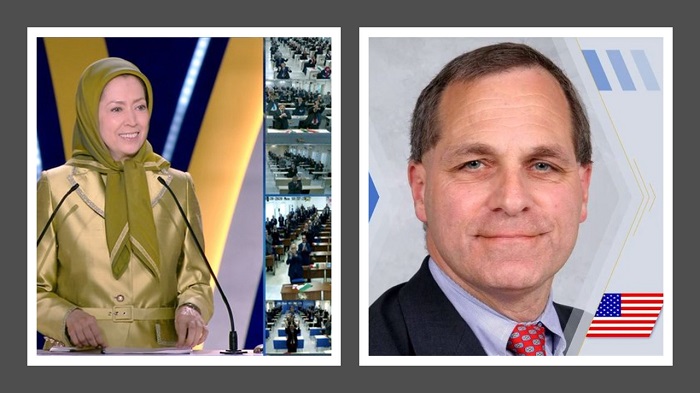 Good afternoon and good evening. It’s a great honor to be with you here today from Washington D.C. The city is quiet today, quieter than usual. But the cry for liberty and our support for you, Madame Rajavi, and all of your colleagues could not be stronger and could not be louder.

Former FBI Director Louis Freeh at #FreeIran2020 conference: "The wind is moving the forces of freedom in Iran. The regime is collapsing. The people are fed up with the oppression of the totalitarian regime." #IranRegimeChangehttps://t.co/L6Zu5D23V2

We thank you for your leadership, your courage, and your vision, and your faith, which has inspired us very greatly. Especially pleased that we’re able to address the freedom fighters (MEK resistance units) in Iran who are in harm’s way every moment and who are not hiding but are in open resistance on the streets of Iran. We have enormous respect for you and your welfare and safety is our primary objective.

You know, what’s amazing about this meeting this year is not just the technology, and Madame Rajavi and your colleagues, I commend you for the ability to communicate the way we’re communicating under all the challenges that you’ve overcome. So, wonderful job and congratulations to all the many people who have worked on it. To all our international friends and colleagues, again, we’re honored to be with you here today.

One of the amazing things about this event is it’s not an anniversary. We’re not memorializing a past event. What we’re doing is looking to the future. We are pursuing a goal and achieving new milestones every year towards a free and democratic Iran. And today, we take another step in that direction.

I want to echo Governor Ridge’s comments thanking the Albanian officials who we’ve seen the president, the prime minister, and in Pandeli’s words, actions speak louder than words. The heroic work that the Albanian people and its leaders have done to protect the (PMOI / MEK Iran) is legendary. Goes back to what they did during World War II, and we thank them and honor them for the safety and the leadership and the courage that they have provided.

There’s a song probably you’ve heard with a lyric that says, “You don’t have to be a weatherman to know which way the wind is blowing.” The wind today is getting stronger. It’s moving the forces of freedom in Iran, like a dhow on the Persian Gulf, with increasing speed and momentum and support, the winds of freedom are blowing very strong in Iran.

And we look at some of the positive things, again, that has been noted by many of the speakers: the Congressional resolution here in Washington just a short time ago, bipartisan, as the support for freedom in Iran has always been; the trial that started yesterday in Belgium for Assadollah Assadi who takes on the new title of diplomat terrorist.

You would have to leave it to a criminal enterprise like the regime in Tehran to inaugurate the role of a diplomat-terrorist. And that’s only one of many actions against the forces of freedom. But the fact of his trial in Belgium as we speak here today is very significant. It goes to the accountability issue which I’d like to return to in a moment.

Also, the last three weeks, as many speakers have noted, have seen enormous disruption and dissent throughout Iran. Natanz, (Portion), Sharaz, fire in the port city on boats. All of this is evidence of a regime collapsing, of a people who are fed up and tired of oppression and totalitarian regimes.

Former FBI director Louis Freeh: that the fact #Iran'ian authorities were involved in plots to kill opposition members on European soil should not be taken lightly.#ExpelIranDiplomatTerrorists#BlackListMOIS #BlackListIRGC@USAdarFarsi @NorwayMFA https://t.co/Mopa28OYXw pic.twitter.com/Xnktz9iAXT

The other event just in June, a few weeks ago, was a finding by the International Atomic Energy Administration, which is the UN. And I quote from them, “Iran has continued to increase its stockpile of enriched uranium and remains in violation of its deal with world powers.” That’s not the United States speaking, that’s not the MEK speaking, that’s the United Nations.

In May of this year, the Iranians have a reported stockpile, according to the IAEA, of 1,571.6 kilograms. That’s 1.73 tons of enriched uranium. In February of 2019, it was 1020 kilograms, 1.1 tons. In 2015, in the agreement that they signed, it was supposed to remain at 202.8 kilograms, which is 470 pounds. Moving from 477 pounds to 1.73 tons is indicative of a criminal enterprise. And no great surprise that the regime that signed that agreement could not be trusted. Nor could they be trusted to sign an amended agreement.

I’d like to close by just returning, Mrs. Rajavi, to something that you said. You talked about the crimes of this regime and its members: 120,000 people massacred, MEK members; 30,000 political prisoners killed; terrorist attacks on Ashraf 1 and 2, thousands and thousands of people wounded and killed and maimed. And you said something which I know is very close to you but also close to every one of us at this conference. There has to be accountability.

Someone has to make the decision and have the resources and the willpower to hold these criminals responsible. This is a crime of such magnitude that it can’t be written off with a truth commission. It can’t be written off with a book or a footnote or a movie. These are crimes of the most serious nature. They rival by their evil and intent Nazi Germany, what happened in Bosnia, Rwanda, and many, many other places.

So, again, just to close, it’s my view and I think the view of many of us and I think you that we should establish a world-class crime against humanity documentation center. We should analyze the evidence that you’ve already collected. I’ve seen some of it in Ashraf 3. We should record the testimony of victims and eyewitnesses.

There needs to be a systematic forensic examination, recording, and documentation, with video and digital evidence. You know, like our technology here today, the people who committed all these crimes, who murdered thousands and thousands of people, they didn’t do it secretly. They didn’t even do it very cleverly. They did it with great arrogance.

The arrogance that highlights evil. So, the documentation is very available. Their emails, their texts, their statements, pictures, photographs, videos. That all should be put together in a documentation center, maybe even by a third party to enhance its credibility. And at some point, as we mark more and more milestones, these people should be brought to justice like the individual now being tried in Belgium.

Thank you very much, Mrs. Rajavi. Thank you for your leadership and your inspiration and God bless all of you.