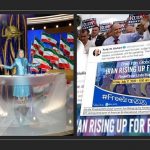 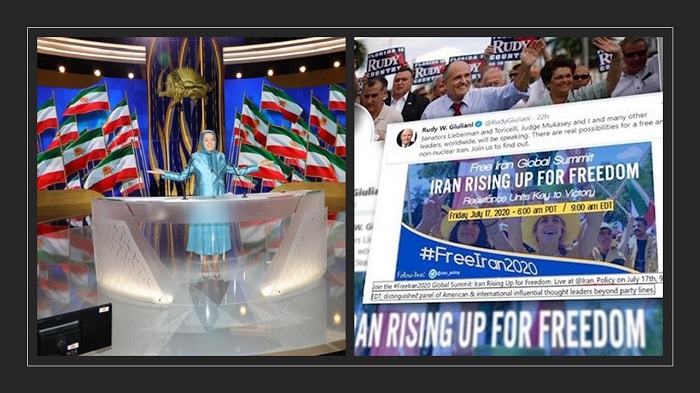 The Free Iran Global Summit organized by The National Council of Resistance of Iran (NCRI) and the People’s Mojahedin Organization of Iran (PMOI / MEK Iran), was held on July 17th. The NCRI and (PMOI / MEK Iran) have built up a following that has been growing in numbers over the last few years. This virtual summit attracted support from around the world including religious and political leaders, important dignitaries, as well as organizations concerned with human rights.

Just a few days ago a mixed group of 30 United States politicians has openly supported this “Free Iran Global Summit. They wrote a combined statement that said the NCRI was one of the few movements that were prepared to take on the ‘’fundamentalist-inspired terrorism’’ that exists in Iran today.  Not only that but they also said that the NCRI and the People’s Mojahedin Organization of Iran (PMOI / MEK Iran) had waged a struggle over 40 plus years which included horrific treatment from the regime ranging from long prison terms to executions. All the evidence displayed in Albania in MEK’s Ashraf-3 museum.

In addition to the American’s support also 38 key religious leaders from Britain have shown solidarity with Iranian Resistance and the ten-point plan created by NCRI President-elect, Mrs. Maryam Rajavi, which includes rallying for a free and democratic future for Iran.  Included in their joint statement was their support for the ‘’Universal Declaration of Human Rights, the UN Charter, and other international covenant and conventions and they emphasized the importance of ensuring there was no discrimination permitted against those who follow any religion and denomination.

As well as the above two groups there were several human rights organizations, parliamentary committees, and associations from both Europe and the USA who have also shown their support for the Iranian Resistance movement. They issued a joint statement that gave its support to the 10-point plan advocated by Mrs. Maryam Rajavi, President-elect of the National Council of Resistance of Iran. The main points they emphasize is:

The British Committee for Iran Freedom is another key organization that offers its support to the Iranian resistance movement and it has recently signed a statement signed by more than 120 MPs emphasizing the Iranian people’s eagerness for regime change. It also supports the 10-point plan.

Join the #FreeIran2020 movement in solidarity with the Iranian people in their quest for freedom. Watch the live Global Summit now at https://t.co/NgbQcAA4Ui. https://t.co/DVWfKUiizn

In addition to the rising international support for the Iranian Resistance’s conference on July 17, many MEK Resistance Units and rebellious youth have posted messages of solidarity and their support for the conference. This has included posting banners that support Mrs. Rajavi’s 10-point plan.

The NCRI’s “Free Iran Global Summit” reflected the fact that there is a viable and democratic alternative, capable of overthrowing the regime. The summit echoed that voice and reflects the desire of the Iranian people for regime change. Following the nationwide Iran protests in November 2019, with over 1,500 martyrs, while the Iranian regime’s terrorism and warmongering policies threaten the peace and security of the world, and as the COVID-19 death toll in Iran rapidly rises due to the regime’s inaction and cover-up, it is necessary to be the Iranian people’s voice and stand with them and their organized resistance movement, particularly the MEK’s Resistance Units.