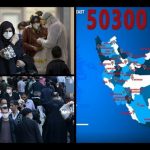 Written by Jennifer Jones-Kelley on June 9, 2020. Posted in NEWS 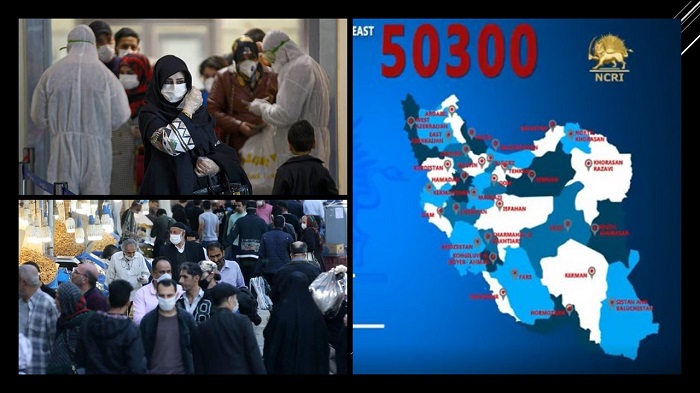 MEK Iran: intimidation of medical professionals, is widely regarded as an undercount.

More than 50,300 people in 327 cities in all 31 provinces in Iran have died from COVID-19, the disease caused by the novel coronavirus, according to the latest report from the (PMOI / MEK Iran). This number is more than six times the official figure released by the regime, which, due to low rates of testing and intimidation of medical professionals, is widely regarded as an undercount.

On Saturday, the Director of the City Services in Tehran Municipality announced that the regime was preparing for mass casualties in a meeting of the Tehran Province Crisis Management Coordination Council. “To adequately address possible future crises, such as an earthquake, the Tehran Municipality has 10,000 graves ready daily. Additionally, we have prepared another 15,000 graves in another site,” he said, according to the IRGC-affiliated Javan daily. This would not be the first time the regime has lied about the purpose of mass excavation of graves.

On Monday, the head of Public Relations at Razavi Khorasan Medical Sciences University said that the number of coronavirus cases has been increasing in some cities in the province. “Based on the latest Health Ministry reports, four cities in this province, including Mashhad, Torbat-e Jam, Taybad, and Saleh Abad are in code red circumstances regarding the novel coronavirus spread, the official said, according to the state-run IRIB news agency.

The Dean of West Azerbaijan Medical Sciences University expressed concern about the number of confirmed new cases in the province on Monday, saying, “With 345 registered new COVID-19 cases on June 8, this was the highest number of new cases in one day from the beginning of this illness. This indicated a quadruple increase in comparison to the day before,” according to the state-run Khabar Online. The number of confirmed cases is artificially lower than the number of actual cases because the regime only allows hospitalized patients to be tested for COVID-19, and many hospitalized patients are not tested even when they present symptoms.

The spokesperson of the Jondi Shapour Medical Sciences University in Khuzestan Province announced 829 new confirmed coronavirus cases on Sunday, and a total of 19,910 cases across the province, according to the state-run IMNA news agency.

On Sunday, the head of Kurdistan Province’s Planning and Management Organization worried about an evolving crisis. “The cities of Sanandaj, Qorveh, and Marivan are in poor conditions regarding the spread of COVID-19. Conditions in the cities of Sanandaj and Qarveh are code red and as we go forward these circumstances will further evolve into a crisis,” he said, adding, “Cancelling restrictions is the main reason for the spread of coronavirus in the province, especially in Sanandaj and Qorveh cities.”

More than 50,000 people throughout 325 cities have lost their lives to #COVID19 many of which were preventable. These figures have been compiled by the #PMOI #MEK #Iran on June 7th. https://t.co/6beNbZtgma #IRGCTerrorWithoutBorders #Iranian @USAdarFarsi #MullahCovidHolocaust pic.twitter.com/BzINKKUBtO

The MEK previously reported that lifting restrictions in mid-April would lead to the second wave of infections. This fear was echoed by many Iranians but was ignored by regime leaders.

On Monday, the Deputy Dean of Isfahan Medical Sciences University reported, “All the hospitals, including the state, private, charity, and those affiliated to various entities and the social security apparatus, must be ready to provide medical treatment for patients suffering from chronic breathing disorders. Currently, in Isfahan Province, the city of Fereydoon Shahr is in code red conditions in regards to the coronavirus spreading,” according to the state-run IRNA.

The president of South Khorasan Medical Sciences University reported a “notable increase in the number of coronavirus cases,” according to IRNA.

On Monday, the Deputy Dean of the Medical Sciences University in Yazd Province said, “The number of coronavirus patients and those susceptible to COVID-19 in the province is on the rise. Shortly, all regions of Yazd province will become code red again,” according to the state-run Mehr news agency.

The IRGC-affiliated Fars news agency reported that the coronavirus wards in Bandar Abbas hospital had reached capacity. The governor of Hormozgan Province said The number of coronavirus patients has increased tenfold in comparison to early February,” according to IRNA.

The President of Zahedan Medical Sciences University stated, “The spread of coronavirus in the province has changed dramatically in the past few weeks… We are currently adding 70-80 new hospitalized patients every day… Most counties are in a state of code red,” according to a June 7 article on Iran Online.

On Monday, the governor of Kermanshah Province reported, “The second COVID-19 wave is “threatening with severe intensity. In the first wave, a maximum of 194 hospital beds was used in [Kermanshah] province. However, with the second wave, the beds allocated to coronavirus patients have increased to 312,” according to IRNA.

More than 50,300 people have died of the novel #coronavirus in 327 cities checkered across all of #Iran's 31 provinces, according to the Iranian opposition PMOI/MEK. pic.twitter.com/XEloVfc1Ue