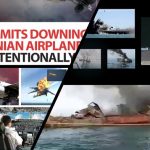 MEK Iran: Many Deaths Recorded as the “Konorak” Vessel Was Shot at in the Sea of Oman

Written by Mohsen Aboutalebi on May 25, 2020. Posted in NEWS 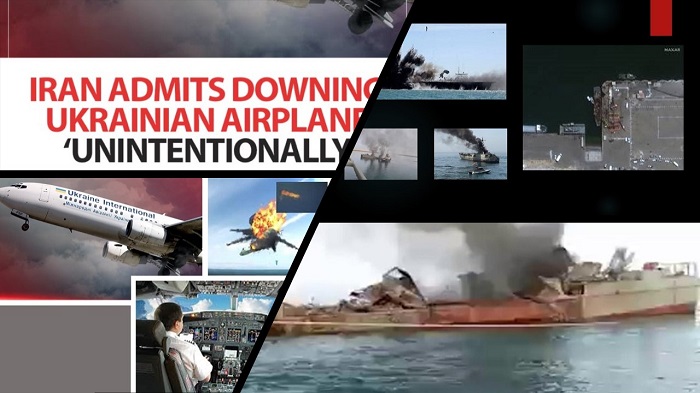 MEK Iran – devastating events it just shows how the regime covers up and lies.

This devastating incident took place 10 days ago, leaving 19 dead and 15 injured. No official report has been announced about the event by the regime. This is a stark reminder that even though lives were lost, the regime chose to keep this devastating loss a secret. This is similar to the gunning down last January of a Ukrainian airplane by the Revolutionary Guards (IRGC), killing all on board.

On Sunday May 10th, at about 2 a.m., the regime’s forces fired a missile onto the shores of the Sea of Oman which hit the Konorak. It appears from poor reporting that this incident was caused by the regime’s navy, which fired a missile from the Jamaran naval ship which aimed at the wrong target, whether real or imagined.

On Monday, May 11, an Iranian regime ship was sunk during a naval maneuver, killing 19 crew members. The Konorak went down after another Iranian ship, the Jamaran, mistakenly fired a missile at the ship.https://t.co/gfZvM7746M#Iran #MEK #COVID19 @USAdarFarsi

The missile, called Noor, was a cruise missile and hit the Konorak because it hadn’t allowed it sufficient time to avoid the target. This sort of cruise missile relies on a guidance mechanism so that once it approaches its target it becomes locked on it. Because the Konarak was large, it continued on its course until it hit it.

One of the problems it seems is the Konorak was loaded at the time the action took place with ammunition, causing far more devastation that might normally have happened.

Unfortunately, the employees of the Iranian Navy were told to keep the incident quiet. There was no mention of the incident to the Sistan and Baluchestan governorate or any other government military and law enforcement agencies located in Chah Bahar.

These organizations are the ones that are under obligation to look after the injured and handle the outcomes of the incident. The cover-up was so bad that any navy personnel were told to keep quiet

This was a major military mistake but, so far, no one in the regime has been blamed as might happen in many other countries. Even the people responsible for issuing the commands haven’t been asked to be accountable for their actions. This is highly irresponsible and one would expect at least for the commander of the military force to resign. The navy commanders are being let off because the mullahs are in control and they only thrive because they cover up any serious incidents.

Many navy personnel has shown their anger at the deaths of the Konorak’s crew due to the missile strike.  The Navy commanders have, as a result, launched a propaganda campaign to quell any discontent or protests.  One of the methods used was to visit some of the injured in the hospital and report back to say they would be happy to return to their previous positions once they had recovered.

The poor response by the regime

Fishing boats in the area were quicker to respond than the regime. They first noticed the plume of smoke from the ship at 3 pm and raced to the scene to remove the injured. It wasn’t until well after 6 pm that the regime’s forces turned up by helicopter and it was even later before a navy auxiliary lifeboat was at the scene.

The question that needs answering is why the navy didn’t know the precise position of the incident. It was too late once the incident had taken place and the slow response shows that the regime has no idea what it is was doing. When it announced its ability to build nuclear submarines, it clearly showed that it had no idea how to proceed with the project, just like it had no idea how to handle this most recent accident.

Iranian regime’s attempts to attribute a disaster to a technical issue is eerily reminiscent of the January downing of a Ukrainian airliner by two IRGC missiles, killing all 176 people on board, which was previously reported by the MEK-Iran.

The IRGC is supposed to be ready for catastrophes, but this incident and the Ukrainian airplane debacle showed it had no idea how to respond. It is so bad at responding fairly and squarely to devastating events it just shows how the regime covers up and lies to save itself from embarrassment and the probability of it losing its hold on Iran.