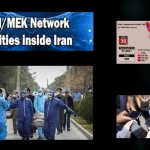 Written by Jennifer Jones-Kelley on May 1, 2020. Posted in NEWS 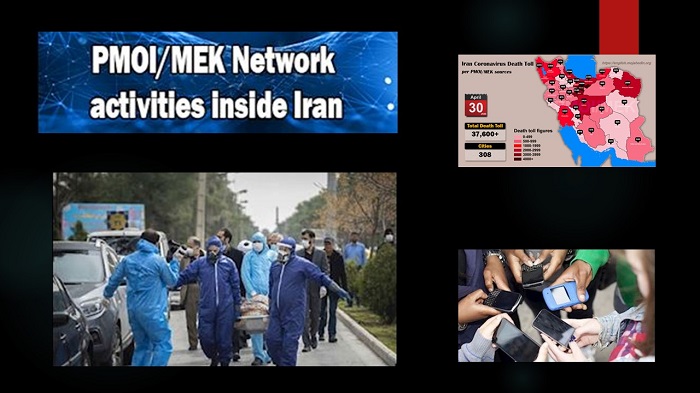 As of Thursday, April 30, 37,600 people in Iran have died as a result of COVID-19, according to the latest reports from the MEK Iran. The Iranian regime has only confirmed 6,028 of those deaths.

The false reporting of coronavirus numbers has further increased the people’s distrust of the Iranian regime, and rather than attempting to win back that trust through transparency, the government has chosen to arrest those who report information that contradicts these false numbers.

On April 29, Brigadier General Abolfazl Shekarchi, the spokesman for the regime’s armed forces, announced that thousands of people who had posted information about the spread of COVID-19 in Iran have been arrested.

The regime ruling #Iran is deeply concerned over the activities of the Iranian opposition PMOI/MEK on social media, according to an article published in the Al Hurra website on April 28.https://t.co/jJYUWlF5q6

“Some 3,600 people who had posted rumors in virtual space were arrested by the State Security Forces (SSF) and the Basij. Our enemies continue their hostility, and they have agents inside the country who pursue their policy in the country,” Shekarchi said in an interview on state-run television.

On March 5, the head of the regime’s Cyber Police (FATA) announced that 121 Iranians had been arrested for “spreading rumors” about the coronavirus.

The MEK previously reported about doctors and nurses who have been threatened with imprisonment for sharing lifesaving information about the virus with the Iranian people. These threats are particularly chilling because healthcare workers are in short supply during the coronavirus crisis, and arresting these heroic workers for speaking the truth prevents them from saving lives.

“In just one day, in February, at the Daneshvari Hospital in Tehran, 36 people passed away because of the coronavirus. The hospital’s employees said on the same day they were not allowed to take footage or pictures. There are many plainclothes (Ministry of Intelligence) MOIS agents. Today some of these plainclothes agents were speaking with the security forces and the hospital’s management. They put pressure on the medical staff to inform them immediately if anyone wants to take footage.”

Another MEK Iran report from Valian Hospital in Aligudarz, Lorestan Province, stated: “The hospital’s security office has threatened to fire anyone who gives the names of those killed. “

These policies show a complete disregard for human life. In a medical crisis, healthcare workers should not be fired for revealing embarrassing information. The regime’s priority is not on the safety of the people. Rather, it is to prevent unauthorized information from leaking and causing an uprising.

On April 17, the National Council of Resistance of Iran (NCRI) published a top-secret memo from the regime’s Command Center for Communications and Law Enforcement Security (ICT) directing its employees on acceptable behavior on the internet and social media. The document banned “membership in hostile internet groups affiliated with counter-revolutionary and political currents‌,” and instructed employees to refrain from providing

The crisis is a test of leadership, and COVID-19 has shown who our world leaders are. In Iran, while people are dying, the ruling regime has chosen to focus their energy on arresting doctors for reporting the number of dead bodies they saw in a day. That says everything about the people ruling Iran and why it needs to change.