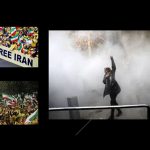 MEK Iran: Regime Admits that Its Biggest Threat is Opposition

The People’s Mojahedin Organization of Iran (PMOI / MEK Iran), the main opposition to the Iranian regime.

The People’s Mojahedin Organization of Iran (PMOI / MEK Iran), the main opposition to the Iranian regime, has been supporting the people of Iran for many years. They represent the people’s desire for freedom, peace, democracy, and respect for human rights.

The role of the opposition has been critical in many moments in the past, especially at times of great turmoil for the people of Iran. Since the beginning of the Coronavirus outbreak, the PMOI / MEK Iran has been tremendous support for the people – helping them in the ways that the Iranian regime has failed to.

Iranian regime President Hassan Rouhani is furious over revelations made by the Iranian opposition PMOI/MEK debunking his constant lies.#Iran#coronavirus https://t.co/DzEjRWds4O

It is no secret that the Iranian regime despises the PMOI / MEK Iran because of the threat that it poses to its survival. The PMOI / MEK Iran has made it very clear that the regime has not been reporting accurate figures with regards to the health crisis and it has been in contact with medical professionals, the people, and morgues across the country to find out what is happening.

Over the past week, MEK Resistance Units have been on the streets making their contempt for the regime known and showing the people that they are not alone in their struggle for freedom.

On Friday 24th April, a state-run publication republished an article printed by other state-run organizations regarding the Iranian regime’s fear of the PMOI / MEK Iran. The fact that the article has been republished by many publications shows just how much of a threat the opposition is and the fear that the regime feels. The article overtly describes the opposition as the biggest threat to the regime’s survival.

It also mentioned how the regime is trying to distract the people from supporting or becoming members of the PMOI / MEK Iran. The reality is that since the 1979 Islamic revolution, the people have made it clear that they do not want any form of dictatorship.

In any case, the regime’s attempts to silence the people and to quash their dissent through violence and suppression is only making the people more determined. Over the past four decades, the regime has committed some horrific crimes against humanity and the people will never forget.

The regime has been talking a lot about support inside Iran for the monarchy but it is only to distract the people, and the international community, from the fact that the only viable alternative to the mullahs is the PMOI / MEK Iran.

The PMOI / MEK Iran has the intention of making Iran a free country where the people are granted equal rights and the human rights that they have been cruelly denied for years. The regime’s corruption, mismanagement, and belligerence have lasted more than forty years and the people’s determination to see the mullahs overthrown will one day bear its fruits.

Tens of thousands of people have died in Iran after contracting COVID-19. The regime’s failure to act in a timely and transparent manner has put so many lives at risk. As the people of Iran have been saying, the regime is the most dangerous of all.