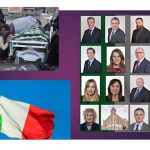 Written by Mohsen Aboutalebi on April 14, 2020. Posted in NEWS 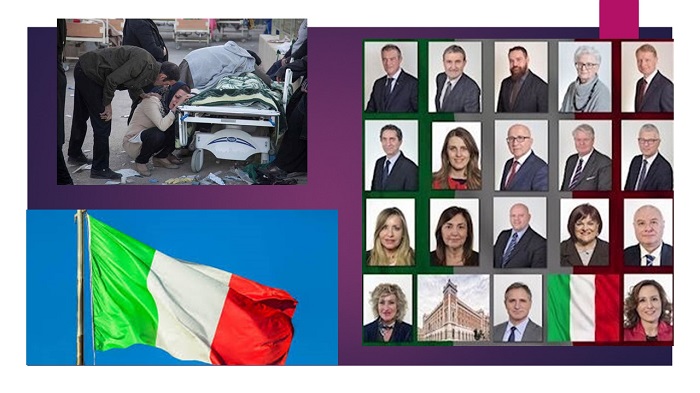 Italian lawmakers write a letter to UNSG expressing their concern about spreading coronavirus in Iran.

A group of Italian lawmakers has written an open letter to United Nations Secretary-General Antonio Guterres to express their deep concerns about the spread of coronavirus in Iran, during this global pandemic, and the very real threat of a humanitarian catastrophe, especially in Iranian prisons.

The Senators and Members of Parliament explained that inmates, especially political prisoners, are facing grave danger because the poor hygiene conditions, including overcrowding and a lack of even basic cleaning supplies, mean that the disease will spread fast in the prisons. Worse still, because the regime routinely denies medical care to prisoners, particularly those jailed for activism, the death rate will be enormous.

Over 28,200 people have died of the novel coronavirus in 273 cities checkered across all of Iran’s 31 provinces, according to reports tallied by the Iranian opposition PMOI/MEK as of Tuesday afternoon local time, April 14.#Iran#COVID19 https://t.co/alfkiGIoDi

The letter explained that to save lives, the inmates must be released immediately, rather than the fake release announced by the regime a few weeks ago that classified political prisoners as dangerous. It explained that, despite a call by the Special Rapporteur on the situation of human rights in Iran, the regime has taken no measures to save the lives of inmates.

The regime is also not providing any relief to the Iranian people, even though Supreme Leader Ali Khamenei has over $100 billion in foundations that could pay for the people of Iran to stay at home. Even the international aid being sent to Iran is being rerouted to regime-linked entities and the Revolutionary Guards (IRGC), who will either use it to protect themselves or sell them on the black market to ordinary Iranians at a horrific markup.

The letter, which was also sent to the UN High Commissioner for  Human Rights Michelle Bachelet, highlighted how similar the regime’s secrecy was to the crackdown on the November 2019 protests, which led to 1,500 deaths, 4,000 people injured and 12,000 arrested, or the downing of the Ukrainian airliner, which led to the January uprising and another crackdown.

?28,200 dead in #Iran
This is the true story of #COVID19 overcoming the people under the Iranian regime rule.@UNGeneva @WHO
Assessments indicate 60mil to be infected, up to 2mil deaths. In fact, Rouhani has chosen to go by herd immunity.https://t.co/OMIize1G5e pic.twitter.com/U7e4VEjgQC

The regime then, as now, is refusing to provide any precise statistics of those killed, injured, or arrested.

The Iranian Resistance wrote: “The regime delayed on informing the general public inside Iran due to political reservations, including calls for people to take part in the 1979 anniversary march, the Majlis (parliament) elections, the decision to not quarantine the city of Qom that went on to become Iran’s COVID-19 epicenter, and continuing flights to China as the source of this virus transfer. As a result, the coronavirus spread in Iran has been very intense and transformed into a humanitarian catastrophe.”