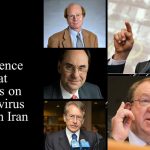 Written by Mohsen Aboutalebi on April 13, 2020. Posted in NEWS 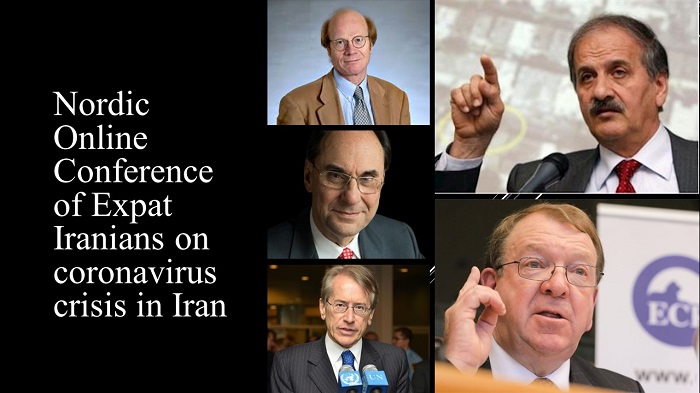 A unique 2-hour online conference attended by Iranians living in Nordic communities took place on 11th April. Several key European politicians and ex-politicians also took part, expressing their solidarity with the Iranian people and their dismay and horror at the regime’s continual downplaying of the effects of the coronavirus in that country.

The consensus amongst the Iranian participants, who were contributing from 235 different locations across Scandinavia, was that the mullahs were deliberately covering up the scale of the crisis in Iran and the number of fatalities from COVID-19 in an attempt to get sanctions relief.

According to figures retrieved by the People’s Mojahedin Organization of Iran (PMOI/MEK Iran), there have been at least 27,000 deaths in Iran, a far higher figure than the official figures reported by the regime.

More than 27,000 people have died of coronavirus in 267 cities checkered across all of Iran's 31 provinces, according to the Iranian opposition PMOI/MEK.#Iran#COVID19 pic.twitter.com/qcNwqlcJL7

Some of the Iranians taking part in the conference were medical professionals. They are in constant contact with family and medical experts within Iran. Their understanding of the strategy employed by the regime is that while it has the resources to combat the effects of the virus more aggressively, it is refraining from doing so to get greater relief from the sanctions imposed on it.

The regime’s focus on getting Iranian citizens back to work is going to amount to “a massacre” according to these medical professionals. This policy is solely designed so that the regime can keep a hold on power.

It was noted by participants that Mostafa Salimi, a Kurdish political prisoner, who was jailed for 15 years back in 2003, was hanged in Saqqez prison after being recaptured following a jailbreak from the prison on March 27th. Together with other prisoners, he escaped because of fear of contracting COVID-19, which easily spreads in the confined and unsanitary spaces within Iranian prisons.

Several former and current European politicians gave their take on the situation in Iran. Italian former Minister of Foreign Affairs, Giulio Terzi, reinforced what Mrs. Maryam Rajavi, the President-elect of the National Council of Resistance of Iran, said that“the regime rather than the coronavirus” was the real problem in Iran. He said that the actions of the regime were tantamount to creating a “biological weapon of mass destruction.”

Current Finland MP and former Minister of Trade, Kimmo Sasi, said that he agreed with Mrs. Rajavi that all prisoners in Iran should be released immediately to protect them from the virus. He said that prisoners in Iran had not been quarantined or put in social isolation, thus putting them in grave risk of becoming ill.

Former Vice-President of European Parliament and President of a Prominent European NGO, “In Search of Justice” (ISJ), Alejo Vidal Quardass, said it was obvious that the Iranian regime was trying to obscure the horrific reality in Iran because it was incapable of handling the crisis.

Former Scottish MEP and ISJ chairman, Struan Stevenson, said that the international community should not be funding the regime as any donations would be used by the regime to further their nefarious interests rather than help their citizens fight the virus. Stevenson condemned the regime for sending kids back to school and people back to work at a time when every other nation is using a combination of social distancing, isolation, and testing to beat the virus.

Former Parliamentarian in Norway’s Foreign Affairs Committee, Lars Rise, said that the Iranian regime was doing everything wrong with its actions concerning the spread of the coronavirus.

The Chair of the Peace Committee of the NCRI, Mehdi Abrichamchi, said that the Iranian regime had pursued a policy of misinformation from the very start. He emphasized the point that the regime had deliberately muzzled independent reporters who had tried to reveal the true picture of what was happening in Iran. Some of these people had been arrested for ‘rumormongering.’ Iranian President Rouhani had falsely stated that there were empty beds in Iranian hospitals but at the same time had expelled foreign volunteer doctors from Doctors Without Borders because of the fear that they would report truthfully about the situation in Iran.

The following is a report of what Mehdi Abrichamchi had to say at the conference about the theocratic regime.

“In their most heinous criminal act, Khamenei and Rouhani have decided to resume normal business in all provinces from today, and so the same next Saturday in Tehran, while quarantining and prevention of extensive social contacts is one of the most well-known bases of confronting the coronavirus today.

Mismanagement on #coronavirus #crisis by the #Iranian regime has affected both #Iran and the #world.https://t.co/Vkp4dnkyMv#MEK #Covid_19 @USAdarFarsi pic.twitter.com/Mo5F7JCSXI

“The mullahs’ way of dealing with Coronavirus is a continuation of their 40-year of jeopardizing the lives of the Iranian people and pilfering their properties.

“From the day Ruhollah Khomeini called the war a divine blessing, killing one million young people and, according to the regime’s leaders, sent tens of thousands of children to the frontline and minefields, until the MEK Iran forced him to drink the chalice of the poison of ceasefire, he massacred political prisoners to prevent an uprising. …For the mullahs, the lives of the people have no value.

The mullahs’ concern is their regime and the threat they face from the people. The mullahs are not on the same side with the people against Coronavirus; they are on the side of Coronavirus against the people….we must all expose the mullahs domestically and internationally, and mobilize the world to help of the people.”