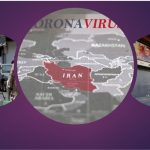 Written by Jennifer Jones-Kelley on March 17, 2020. Posted in NEWS 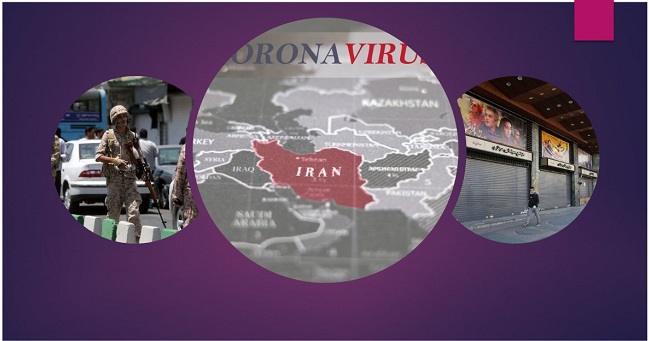 Iranian regime imposes martial law under the pretext of coronavirus

The Iranian regime has unofficially imposed martial law across the country as public outrage mounts over the government’s cover-up of the coronavirus outbreak in Qom and its subsequent failure to take appropriate measures to contain the deadly virus.

Regime Supreme Leader Ali Khamenei appointed Major General Mohammad Bagheri, Chief of Staff of the Islamic Revolutionary Guards Corps (IRGC) to create a “health command center” to combat the spread of the coronavirus. Bagheri, notably, is not a physician.

“Our law enforcement and security committee, along with the interior ministry and governors will start evacuating shops, streets and roads … this will be organized in the next 24 hours.”

Video clips shared with the MEK Iran network show military troops being deployed to various cities in Iran to suppress possible protests over the regime’s mishandling of the coronavirus epidemic in Iran.

The MEK Iran published clips of the deployment of the regime’s 16th armored division from Qazvin to Gilan Province, which has been among the hardest-hit regions of Iran.

Iran coronavirus news: IRGC and the government pose risk to people's lives
The regime refuses to block roads & quarantine cities that help the spread of the COVID-19 outbreak.#Iran#CoronavirusOutbreak pic.twitter.com/E4OxZhehCR

As of March 16, 5,500 people in 186 cities in Iran have died from the virus. The regime has only reported 853 of these deaths to the World Health Organization (WHO) and concealed the outbreak of coronavirus in Qom to prevent low voter turnout in its parliamentary elections. By the time the first cases were reported, 50 people had already died and the virus could no longer be contained.

The regime claims that the unofficial imposition of martial law is meant to contain the spread of the virus, but Iranians are understandably skeptical, given the Islamic Republic’s 41-year history of dishonesty and suppression and its more recent disregard for the health and welfare of its people.

“Beyond external threats, domestic threats, such as riots, revolutions, coups, famines, and pandemics can also endanger the security and stability of a state, causing its disintegration.”

The Iranian regime’s approach to dealing with the Coronavirus pandemic lies in sharp contrast with the rest of the world’s governments. For example, the South Korean government took aggressive action to test its citizens as soon as the virus was detected within its borders. European countries are embracing policies of social distancing and closing all non-essential businesses to prevent the spread of coronavirus. Military troops are deployed to distribute food in quarantine zones, not to intimidate sick and frightened citizens.

The ruling Iranian regime, however, has engendered no trust from its people. It covered up the epidemic and allowed it to spread. The mullahs refused to quarantine the city of Qom even as the death toll reached into the hundreds. Officials allowed outbreaks to spread unchecked in the regime’s prisons and refused to take even basic precautions to protect the health of inmates.

The most recent news emerging from #Iran is that Iran’s detention centers and prisons being one of the worst places for a #CoronavirusOutbreak to take place, the inevitable has happened.#coronavirus @USAdarFarsi pic.twitter.com/MJvOclAN60

Now the government says that it wants to protect the people with the same soldiers and tanks it used to kill 1,500 people just last November during the anti-regime uprisings. This is not a regime that has earned the trust of its people, and it has once again chosen the worst possible way to deal with a crisis of its own making.

Mrs. Maryam Rajavi, President-elect of the National Council of Resistance of Iran (NCRI), summed up the counterproductive nature of this attempt at martial law. She wrote:

“These futile efforts will intensify the Iranian people’s anger and hatred over the despicable and oppressive velayat-e faqih system, which has done nothing but committing murder and plundering people’s wealth over the past 40 years. The Iranian people have stated unequivocally ‘Our enemy is here’ and ‘Khamenei and Rouhani are our Coronavirus.’”