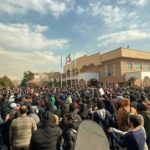 Written by Amineh Qaraee on January 14, 2020. Posted in NEWS 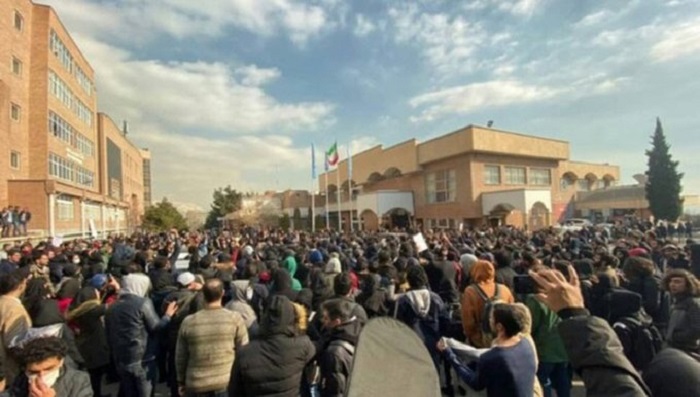 Students protest against the role of the Iranian regime in the downing of Ukrainian airplane, January 2020

The domestic situation in Iran is getting increasingly tense as Iran’s international relations continue to go in the same direction. Students across Iran are taking to the streets to express their anger towards the Iranian regime, in particular with regards to the 176 people that were killed when the notorious Islamic Revolutionary Guard Corps (IRGC) shot down the passenger plane they were traveling in.

The students of Iran present a great threat to the regime’s existence, as do the many millions of people across the country that are seeking regime change. The main opposition to the Iranian regime – the People’s Mojahedin Organization of Iran (PMOI), also known as the Mujahedin-e-Khalq (MEK Iran) – also presents a major threat to the regime’s survival.

Dissent is at an all-time high and the people are making it very clear that they will not accept the rule of the mullahs. The MEK Iran has organized the “Resistance Units” across Iran and they have been very active in helping the people get their voices heard. The MEK Iran continues to support the people in their demands for regime change.

Mrs. Maryam Rajavi, the president-elect of the National Council of Resistance of Iran (NCRI), has spoken about the Iranian regime and its persecution of the MEK Iran on countless occasions. In an interview with Fox News Channel just a few days ago, Mrs. Rajavi spoke about the Iranian public’s desire for regime fall, explaining that the people’s demands for democracy are within reach thanks to their courage and the role of the MEK Iran.

She also said that this is why the regime, and especially Supreme Leader Ayatollah Ali Khamenei, continue to “voice alarm”, over the MEK’s activities in the country.

Speaking about the death of the chief of the IRGC Quds Force Qassem Soleimani, Mrs. Rajavi said that the regime has suffered a “strategic blow” and that the regime is weaker than ever as a result. She also said that it has made the regime even more vulnerable.

Speaking about the downing of the commercial plane, Mrs. Rajavi said that the regime has committed a “major crime” which has just strengthened the resolve of the people and of the MEK Iran to see the regime collapse. She said: “This crime, similar to murdering 1500 innocent protesters during the November uprising, is a crime against humanity. Those responsible, Khamenei, Rouhani and IRGC commanders, must be prosecuted.”

Moving forward, the people of Iran and the MEK Iran urge the international community to not let recent events pass by. They call on the international community to support the people in their legitimate demands. They want freedom, democracy and the respect of human rights – values that have been cruelly denied to them for years and values that much of the rest of the world takes for granted.

Without the MEK  Iran – the most organized resistance group and the only viable alternative to the cruel regime – the people would have less of a chance to make their will heard. The MEK Iran and the many Resistance Units across the country are making history and they deserve the support of the international community.