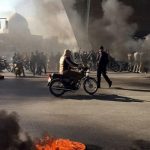 MEK: The Bloody Crackdown Was Unable to Stop Protests in Iran

Written by Amineh Qaraee on December 9, 2019. Posted in NEWS 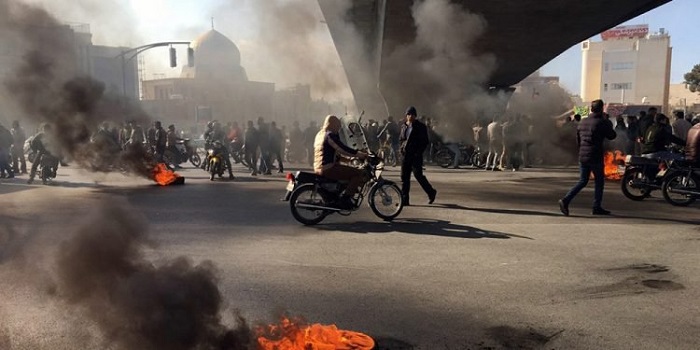 Despite the bloody crackdown on the protesters by the Iranian regime’s security forces, the protests continue in different cities in Iran. On December 7, 2019, a large number of students by protesting on the campuses all across the country marked the Student Day. The protesters were chanting slogans in support of the nationwide uprising, expressing solidarity with the protesters and against the regime.

Despite the clerical regime’s suppressive measures, including the stationing of intelligence, security and plainclothes agents around Tehran and Polytechnic universities, today a large number of students marked December 7, Student Day#Iran #IranProtest pic.twitter.com/FDZv9V8TpC

They were chanting, “Streets are soaked with blood, freedom became the victim,” “prison, guns and batons, we won’t stay quiet,” “I will kill whoever killed my brother,” “Suppression is not the end of the line, struggle brings liberation,” “your suppression is ineffective, resistance is to live,” “university’s security agency is a branch of the Intelligence Ministry,” “classrooms are empty, students are in jail,” “don’t answer us with guns, have you not murdered enough?” “Student will die, will not accept humiliation,” “people fed up with oppression, are standing together,” “poverty, killings, high prices, people have become the victims” “Misogynous laws, exploitation or oppression” and “my martyred brother, your path will continue.”

It is reported that the regime’s security forces have killed over 1000 protesters during the uprising, and thousands more have been wounded. The People’s Mojahedin Organization of Iran (PMOI/MEK) has released the names of 350 of the victims.

The international community has expressed outrage of the killings and asked the regime to release the detained protesters.

On December 8, 2019, Josep Borrell Fontelles, the High Representative of the EU released a declaration saying that “A growing body of evidence indicates that despite repeated calls for restraint, the Iranian security forces’ disproportionate response to recent demonstrations has led to high numbers of deaths and injuries. For the European Union and its Member States, the widespread and disproportionate use of force against nonviolent protestors is unacceptable.”

The EU declaration also states that “Iran’s decision to shut down internet access to global networks for over a week prevented communication and the free flow of information for Iranian citizens. This is a clear violation of freedom of speech. Fundamental rights such as freedom of expression and assembly must always be respected. The Iranian authorities must live up to their international obligations, especially the International Covenant on Civil and Political Rights.”

Earlier, on December 6, 2019, in a statement, the UN High Commissioner for Human Rights Michelle Bachelet said she was alarmed by “the continuing lack of transparency about casualties and the treatment of thousands of detainees” during the recent protests in Iran.

Bachelet said “prompt, independent and impartial investigations” into all possible violations needed to be undertaken, “including the killing of protesters.”

“These are clear violations of international norms and standards on the use of force, and serious violations of human rights,” Bachelet said. “In such circumstances, with so many reported deaths, it is essential the authorities act with far greater transparency.”

Mrs. Maryam Rajavi, President-elect of the National Council of Resistance of Iran (NCRI), called on the United Nations Security Council, the European Union and its member states to condemn the horrendous mass killing by the Iranian regime and to take urgent action to stop this crime against humanity and secure the release all those arrested.